7 Times the Fashion World Gave an Approving Nod to #VeganLife

If you’re like us, you believe that people are inherently good and, if given the opportunity, will make kind decisions—such as buying cruelty-free makeup or apparel rather than those for which animals are tested on, slaughtered, or otherwise exploited. So when thoughtful decisions (or purchases) aren’t made, it can often be attributed to a lack of readily available information and guidance regarding quality alternatives. Think back to when Eva Mendes stepped out in fur at a movie premiere in New York City—PETA contacted her about all the cruel ways that fur is stolen from its original owners and the many luxe faux options on the market, leading the star to pledge immediately never to wear fur again. 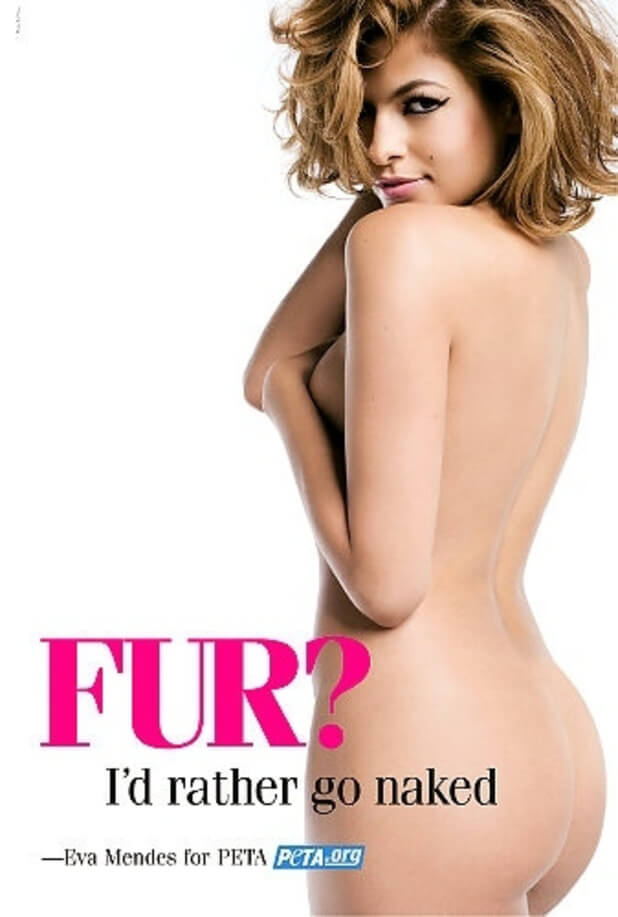 When it comes to the fashion biz, reaching impressionable fashionistas about what really happens to animals (and people) used in the very wealthy, advertisement-heavy clothing industry is a daunting task. You might say that we need as much help as we can get to spread the word, which is precisely why it’s so fantastic that in the first few weeks of 2015, handfuls of writers and bloggers whom consumers look to for style inspiration are letting it be known that cruelty-free fashion looks great and stands for an idea more substantial than any momentary trend on the runway could ever be. Consider the following:

We’ll happily agree with that. The article cites Ilse Metchek, president of the California Fashion Association: “Vegan is a new phrase that has now become a catchword for entrepreneurs to start new businesses. It’s so acceptable even in fashion magazines.”

Caprice Willard, regional vice president of women’s apparel at Macy’s also testified to this, declaring that the department store has increased its assortment of vegan leather products, as sales have grown in recent years, especially among fashion-forward Californians who can wear leather year-round and are drawn to new formulations that are supple and soft. “We had very few options maybe five years ago,” Willard said. “The appetite has always been there. We are just doing a much better job of meeting it.”
Pictured: PETA x Freedom of Animals’ #animalswegotyourbackpack 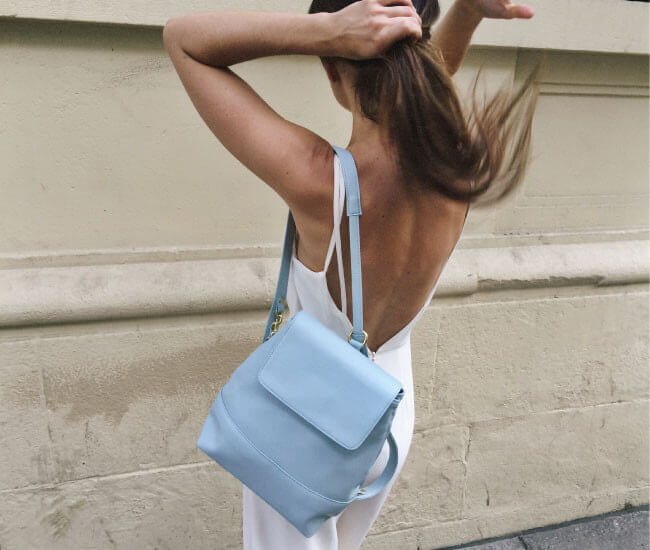 When you’re layering an extra-puffy coat over a super-chunky sweater to keep you warm during these freezing winter months, the perfect counterpoint to all that bulk is—you guessed it—a great pair of vegan-leather leggings. Fashionista swears by these Wilfred Free Daria faux-leather leggings, available at Aritzia. 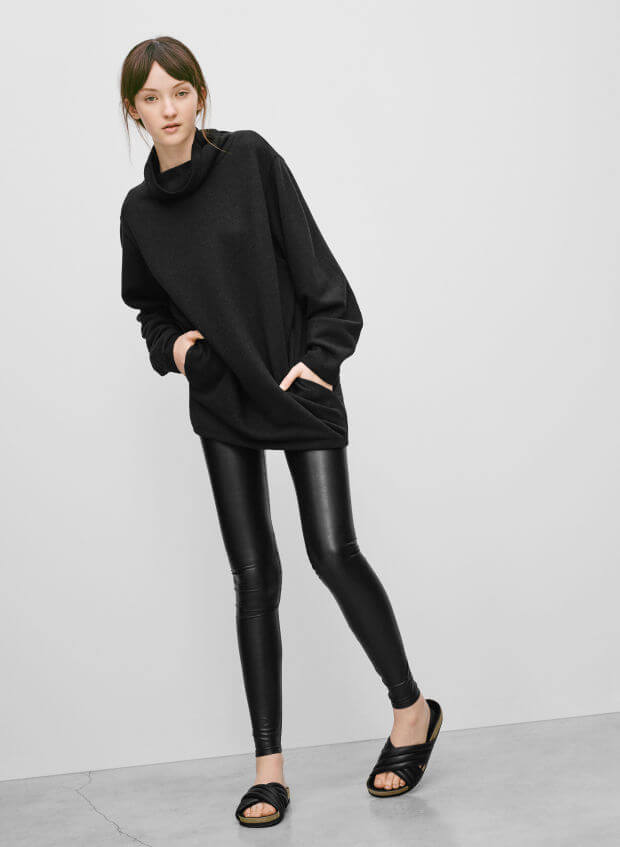 (This is not exactly a nod to vegan fashion, but we think you’ll agree that Beyoncé is relevant to any realm.) This superstar partnered with her trainer, Marcos Borges, to create the line of organic meals that are non-GMO and gluten-, soy-, and dairy-free, including dishes such as Sesame-Cabbage Lentil Bowl, Ratatouille Pasta with Pesto, and an Almond Blueberry Breakfast loaf—yum! The idea for her own food delivery service came after Beyoncé herself did the 22 Days Nutrition challenge in winter 2013, which is rooted in the idea that it takes 21 days to break or make habits, and during that period, our girl ate only vegan fare. 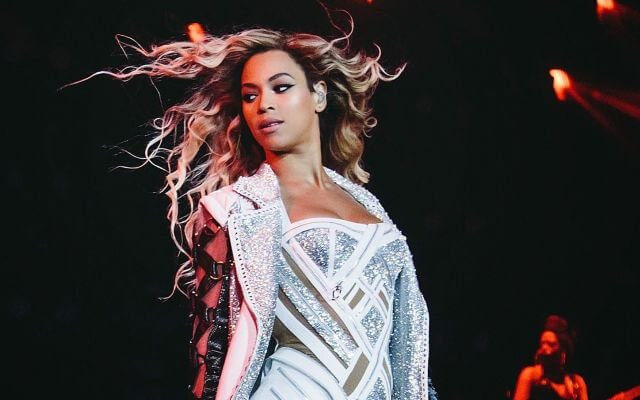 And it looks really, really good. We’re not surprised—this season’s rise of showpiece faux is a great idea for anyone looking for a statement piece that didn’t hurt a hair on an animal’s head! Take a cue from the compilation that these leaders in fashion put together just for you!
Pictured: Boohoo Sheila Shaggy Layered Faux Fur Coat 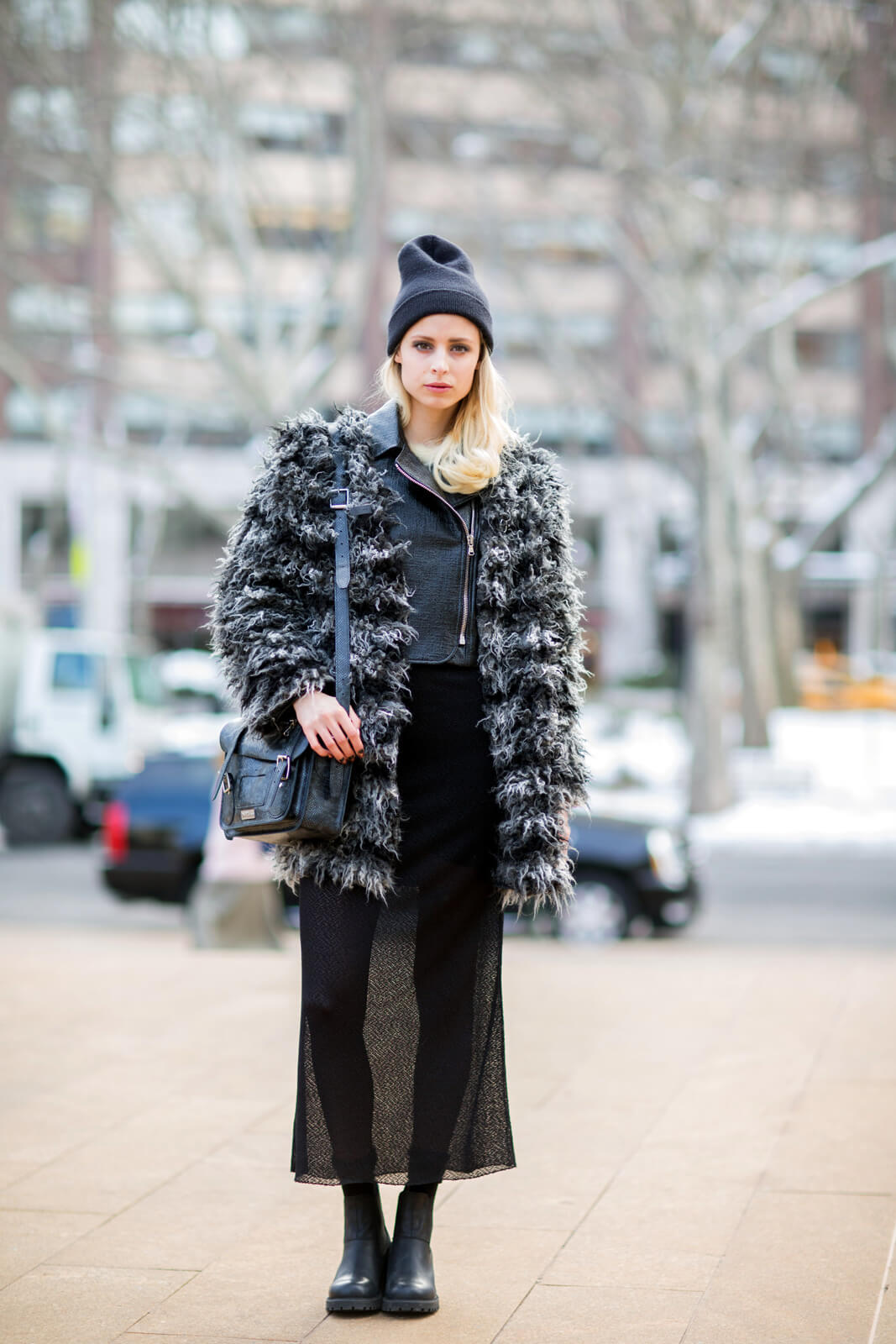 It lets us know that synthetic fabrics are pretty much indistinguishable in look and feel from traditional leathers and are made to stand the test of time. Brands such as Stella McCartney, Nicora Johns, GUNAS, and Viva Creatures (pictured) definitely come to mind. 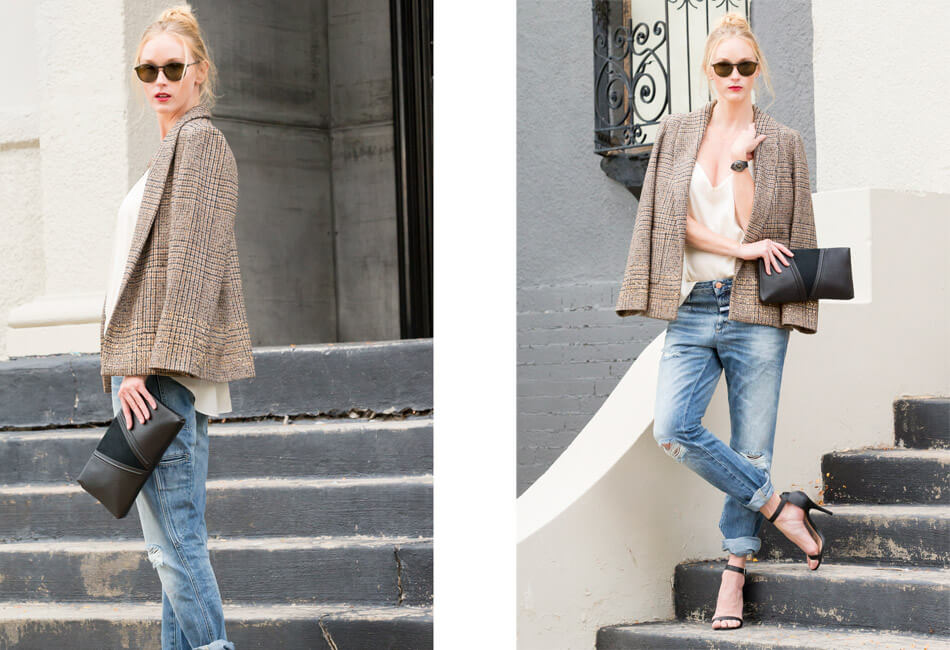 Hellooo, Roger Frampton! This vegan British model and fitness entrepreneur (read: studmuffin) was interviewed by one of our favorites, Joshua Katcher of Brave GentleMan, about his 10 years at Milan Fashion Week as well as his newly launched training method inspired by Olympic gymnastics. What’s even more impressive than this is that Roger grew up as a kid on a farm helping his father usher animals to the slaughterhouse and is now a vegan athlete and model who advocates for animals! He’s now in an especially influential position for redefining what it means to be a man: compassion for all beings, passion and dedication to personal and professional endeavors, and six-pack abs. (See below—you’re welcome.) 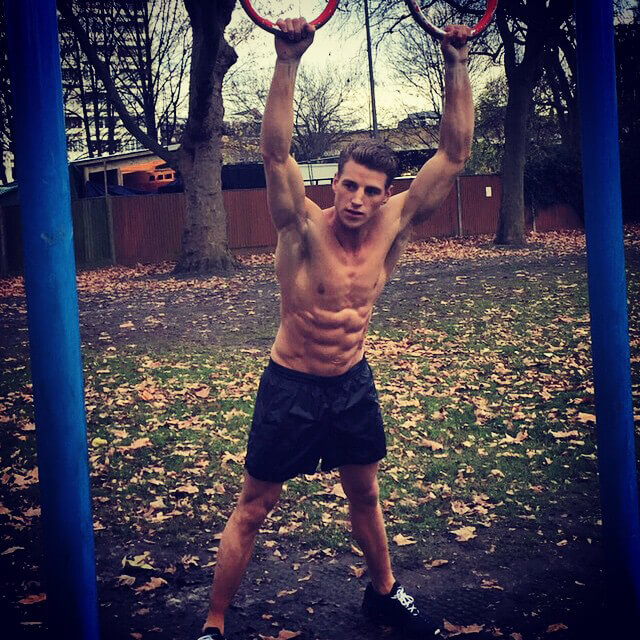