Miami is quickly becoming a sunny vegan oasis. It was named one of PETA’s Top 10 Vegan-Friendly Cities of 2018 (making the list for the first time), and it’s not hard to see why. The Magic City is now home to the vShops—the world’s first all-vegan food hall—which will soon house seven vegan restaurants under one roof. Talk about a dream come true! 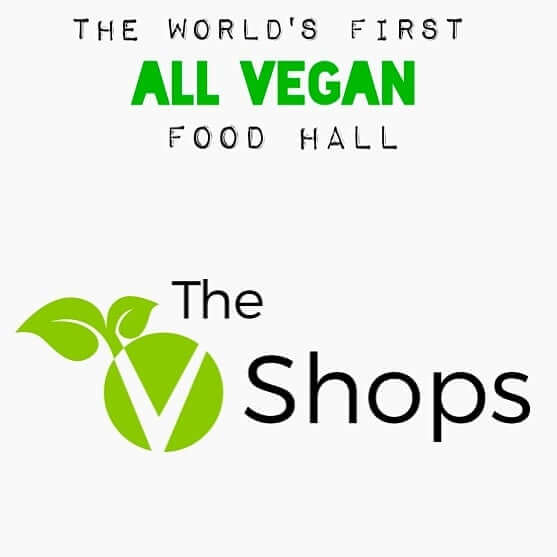 Driven by the success of their own cruelty-free restaurant and seeking an accommodating space in which vegan diners (and everyone else) can enjoy meat- and dairy-free options from a wide variety of cuisines, the owners of the popular Choices Vegan Cafe decided to start a “partnership of vegan businesses focused on bringing the world a unified and well-rounded approach to the benefits of plant-based living.” With the dream of a food court filled only with vegan “concepts” (restaurants)—and the space to house them secured—the vShops idea was born.

The vShops opened on April 21, 2018, with the initial two concepts already up and running: the existing Choices Vegan Cafe and the brand-new Neo’s Blender, which is a kid-friendly, organic smoothie bar that also offers acai bowls (and plenty of options for adults). Since opening day, a third shop, Next Generation Pizza, has opened, and it serves up tempting vegan pizza. Check out the video below for more information.

The Ice Dream Parlor is a vegan ice cream shop with menu items such as cones, sundaes, banana splits, floats, milkshakes, sprinkles, and more. In July 2018, it became the fourth restaurant to open inside the vShops. It offers a variety of ice creams, including at least one locally made flavor sweetened with monk fruit. Guests can enjoy delicious, eco-conscious treats without any of the cruelty or cholesterol that dairy-based desserts are full of.

“We are really excited about [Ice Dream Parlor] since … in South Florida there aren’t any vegan ice cream parlors to satiate us on these hot summer days! … It has always been a dream of mine to somehow revisit those vintage days of my youth and serve ice cream that not only … brings joy to people but also is good for animals and our planet. I am so excited to be able to bring to life a dream … of [one] hundred percent vegan ice cream in a parlor style shop with all the traditional offerings. That is why we chose the name Ice Dream Parlor.”

—Lori Zito, president of the vShops

By the end of 2018, all seven unique concepts will be open, with an announcement made before each debut.

The next vShops restaurant is set to open on September 8.

“You can still eat what you love, but honor your body, the environment and the animals. Southern Sol Garden BBQ aims to help you on that quest. We are proudly part of the vShops Food Hall project, the first of its kind anywhere in the world!”

Be sure to follow the vShops online to get the latest news on future restaurants. And remember, two more shops will be opening after Southern Sol.

The vShops is located in a 4,000+ square–foot space previously occupied exclusively by Choices Cafe, at 2895 McFarlane Rd. in the Coconut Grove area of Miami.