Small but mighty, Grand Jedi Master Yoda is one of the oldest and most powerful Jedi Masters in the Star Wars universe. Despite his great power, he always found nonviolent ways to fight against the dark side.

Star Wars fanatics celebrating May 4 may even find that Yoda’s peaceful behavior extended to what he ate. Although it’s never stated explicitly in the series, we believe that the Jedi Master was powered by plants. Why else would his beautiful green complexion look so good? 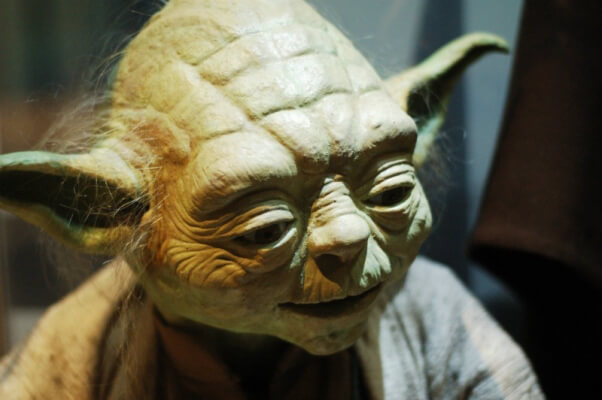 Hear us out, Padawans!

While exiled on Dagobah, Yoda lived in a mud hut in which he carved out nooks and crannies that were filled with plants, seeds, and nuts that he collected on the swampy world. The evening on which he met Luke Skywalker, Yoda prepared “rootleaf stew.” He also supplemented his diet with other salvaged plants, including yarum seeds, mushroom spores, galla seeds, and sohli bark while living on the Outer Rim planet.

Yoda may have had sharp teeth, which some find indicative of a carnivorous diet, but as we know, canines (or pointed teeth) aren’t necessarily meant for ripping meat. Plus, remember Yoda’s distaste for Skywalker’s transportable food rations, when he spat out a bite of fish stick in disgust? 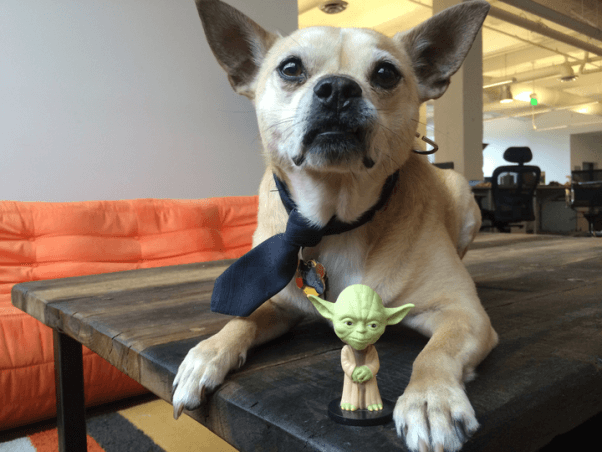 An “interview” that author Benjamin Urrutia held with Yoda elaborates on the Jedi Master’s love of roots. Here’s an excerpt from the fun fictitious exchange:

Y: Since from the egg hatched I was, thus have I eaten. Roots and leaves, fruits and berries, pod-fruit and seeds.

Y: With all living beings through the Force am I connected—so, how could I kill them to eat their corpses? Like killing and eating myself, it would be. Tasty I am sure I am not.

BU: Master Yoda, I know we are all connected through the Force. I promise you that in the future I shall try to eat only plants.

But most telling of all for demonstrating that Yoda may have been a vegetarian are the words and actions he lived by. “A Jedi uses the Force for knowledge and defense, never for attack,” he told young Skywalker in The Empire Strikes Back, proving his commitment to nonviolence. “Your weapons: You will not need them,” he also said as well as: “Good relations with the Wookies, I have.”

As the old blog Vegan SciFi puts it, “It makes perfect sense for Yoda to be vegan because through the force he has a very deep empathy for all living beings, and he has this ability to feel and sense suffering. To needlessly kill animals just for their taste would go against everything Yoda stands for and practices.”

And Yoda wasn’t the only plant lover in the Star Wars series. Tarasins and Bilars were usually vegetarian, while Advozsecs, female H’nemthe virgins, and Ithorians were strictly vegetarian.

Agree with our theory on Yoda? Others do! Check out this pin on Etsy. 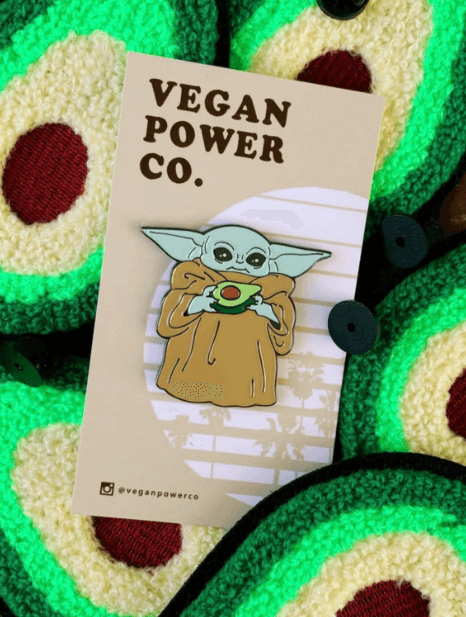 Happy May 4, and may the (vegan) force be with you.