Vegan Ultrarunner Races Across the U.S.

With a big appetite, a monster beard, and feet willing and ready to travel thousands of miles, vegan ultrarunner Patrick Sweeney recently ran from Los Angeles to Boston in 114 days. (That means he logged more than a marathon every day!) 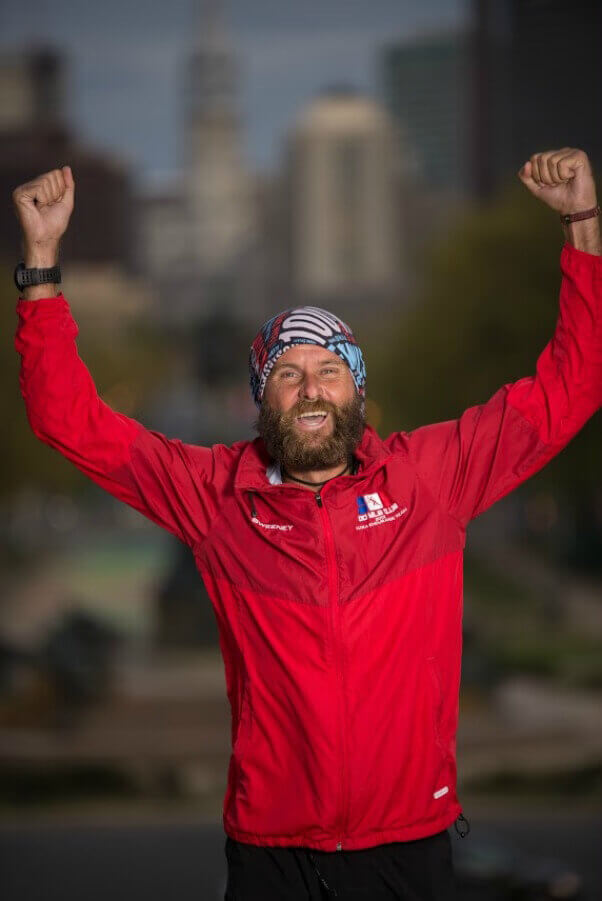 Some have dubbed him the real-life Forrest Gump. But instead of running for no reason, Sweeney, 36, was inspired by the 100 Mile Club, a nonprofit that encourages children to run or walk 100 miles during the school year.

“A few years ago, I ran … [alongside] … Rae Heim, an 18-year-old girl who finished her own transcontinental journey in my hometown,” Sweeney told PETA. “I was truly inspired and wondered if I could ever do such a thing.”

He could—and he did. 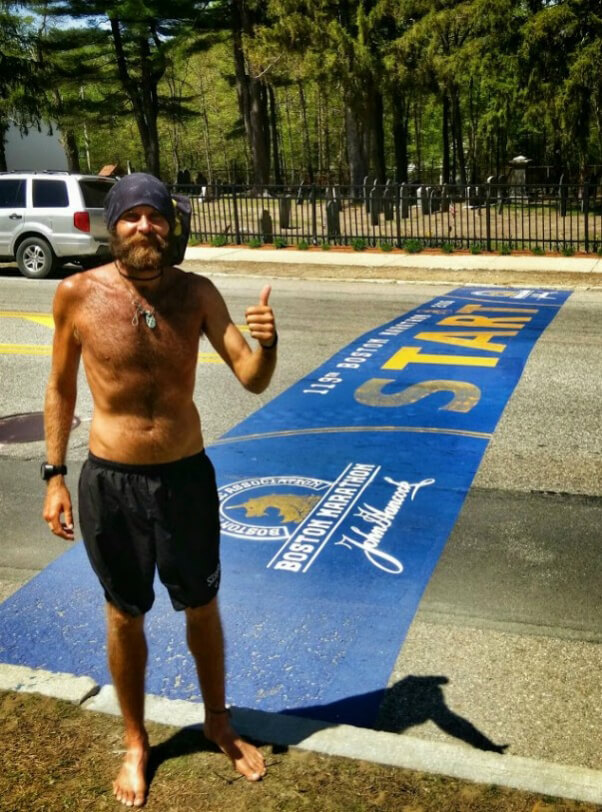 “For the kids, it’s about reaching 100 miles,” but for Sweeney, it meant reaching Boston from Southern California on foot, beginning on January 16 and finishing on May 9.

He humorously shared his solo journey on Twitter and Facebook as well as on his blog, Bourbon Feet. And his entire run was powered by plant-based foods.

“I am a big proponent of high-fat, high-carb diet and don’t really worry about protein,” Sweeney said. “The mornings would start with a couple cups of the darkest, most bitter coffee I could make and a few peanut butter sandwiches.” 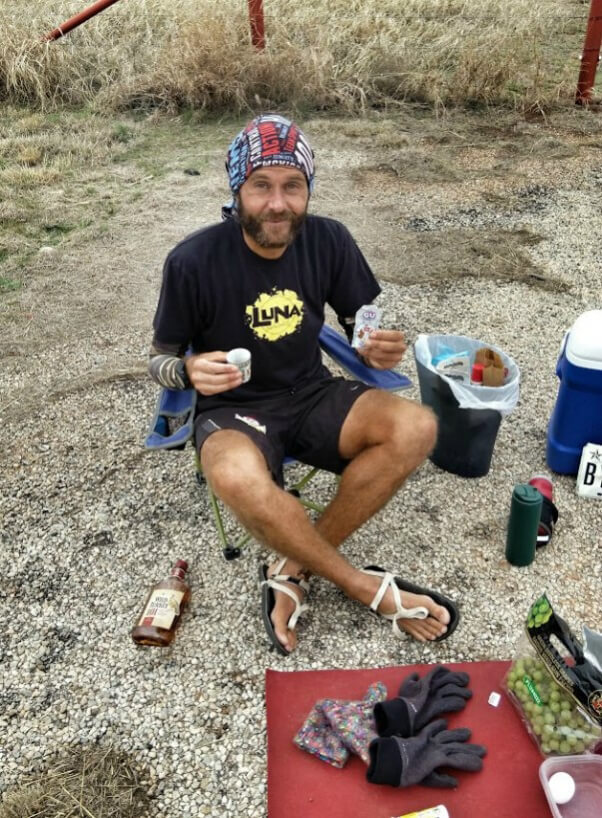 During his run each day, Sweeney would eat a full loaf of cheap, freshly baked French bread and a couple of avocados. His other main staple? Lay’s Pickles chips.

“They don’t sell them where I live in California, so I got excited once I ran to Arizona, where I could find them,” he said. “I must have eaten 30 bags over the course of the trip.”

He attributes his ability to keep tons of food down while running to his iron stomach.

“I can eat just about anything and any quantity,” he said.

Other cross-country running staples included easy-to-find shredded cabbage, olives, pickles, Bearded Brothers energy bars (which he joked may have contributed to his “monster beard”), and beer, which he says was an important part of his daily fuel. Equal parts water and beer were consumed during the whole adventure, he said.

“I heard a good IPA has more electrolytes than Gatorade,” Sweeney said.

When he’s not running across the U.S., Sweeney sticks to simple homemade meals.

“I buy produce that is in season and that is grown somewhat locally,” he said. “Put it in a bowl, you got a salad; in a tortilla, you got a burrito; on crust, you have a pizza; and in a pan, you got a stir fry.”

When looking to make things interesting, Sweeney said he’ll make some of his Avocado Ice Cream. 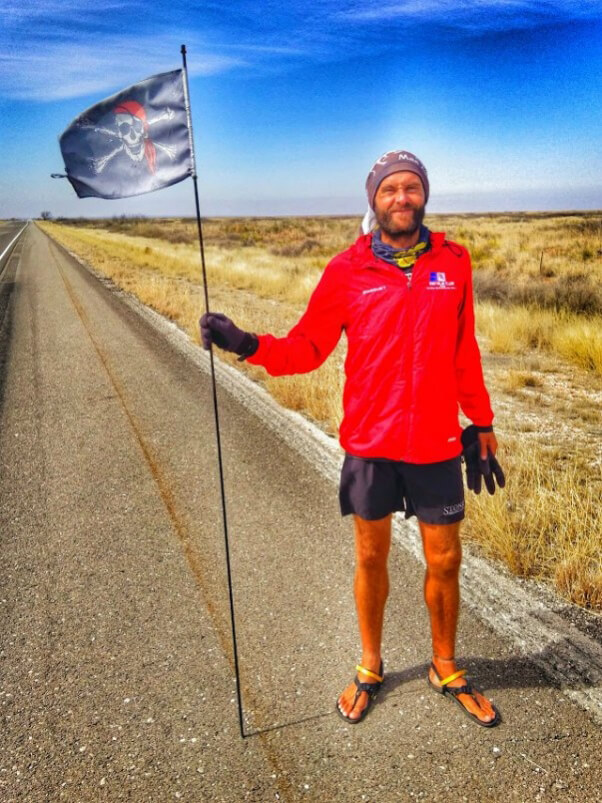 “I am not a very wealthy man, and I find eating a vegan diet to be much more affordable than buying processed foods,” said Sweeney, who heads Run With Us America with his pal, Jup Brown, raising funds and awareness for the 100 Mile Club as they run.

As a vegan, Sweeney said he feels “very fortunate to live in a day and age where I do not need to eat animals for my survival.”

Are you considering a vegan lifestyle? Find out how to go vegan in three simple steps.