Give a ‘Quack’ About Ducks! Try These Vegan Versions of Popular Duck Recipes

The more you know about ducks, the more you’ll be in awe of these remarkable feathered friends. Pekin ducks—a breed commonly raised and killed for meat—are loving mothers (when given the chance) who guard their nests, preen their babies with water-resistant oil, and carefully watch their ducklings’ first swim. Maple Leaf Farms, the largest producer of duck meat in the U.S., calls itself “humane,” but a PETA investigation showed a worker grinding up ducklings on the day they hatched—simply because they were deemed unprofitable. There’s no such thing as humane duck meat, so why not make some of the most popular duck recipes with vegan ingredients instead?

Here are some of our suggestions:

YouTuber Sauce Stache makes his own flavorful fat mixture for frying potatoes without harming ducks! It contains carrots, onions, mushroom powder, and three types of vegetable-based cooking oils. He uses it here to make those viral TikTok potato stacks, which you can cut into fry shape for crispy goodness.

There are plenty of savory vegan roasts out there, including from Tofurky and Field Roast. This homemade Vegetarian Duck Vegan Holiday Loaf is a Chinese Buddhist twist on the holiday dish. It’s made with yuba (tofu skin), which gives it a layered texture that absorbs all the flavor you pack into it.

What really makes this French dish stand out is the citrusy bigarade sauce, which this Tempeh à l’Orange recipe replicates with oranges, soy sauce, vegan Worcestershire, and other seasonings. It’s served alongside sautéed red cabbage and tasty potato dumplings.

This Vegan Peking Duck recipe uses trumpet mushrooms, which are seared and seasoned with Chinese five spice, hoisin sauce, and mirin for some Asian-inspired flavors.

If you really want to go all out and impress your dinner guests, this seitan-based Duck Confit will surely do the trick. This is some serious vegan magic!

For foie gras made using birds, workers ram metal pipes down the throats of ducks or geese to force-feed them until their livers are swollen. Instead of supporting this cruelty, try this Vegan Faux Gras made with mushrooms, walnuts, lentils, and other veggies.

Instead of carnitas made from ducks or any other animals, try Vegan Carnitas with Mushrooms. They’re smoky, savory, and perfect served with your favorite salsa. 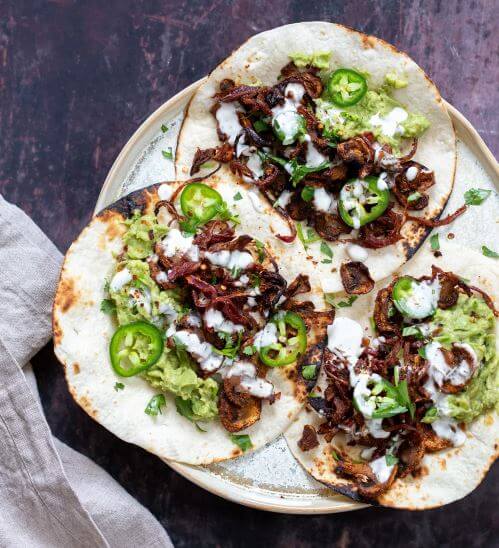 Or if you don’t have time to make your own vegan roast duck or other faux meats, you can find all kinds and have them delivered right to your front door through Fake Meats, an online grocer. Plus, since the company is a PETA Business Friend, you’ll be helping us continue our vital work for animals year-round.

Clearly, there’s no reason why ducks should be on your plate when there are so many delicious alternatives that don’t hurt animals. You can save nearly 200 animals each year by going vegan. Make the change today by taking our 3-Week Vegan Challenge and ordering your free vegan starter kit.