PETA pal Sharon Gannon is the cofounder of Jivamukti Yoga, where she promotes a nonviolent and compassionate lifestyle as part of the program’s core philosophy. She also teaches the importance of veganism to leading a peaceful life and is the author of Yoga and Vegetarianism: The Diet of Enlightenment. She has been contributing a monthly column to Origin Magazine called “Yoga and Veganism: Ask Sharon Gannon.” In the April issue, she answers questions about the importance of not eating fish. 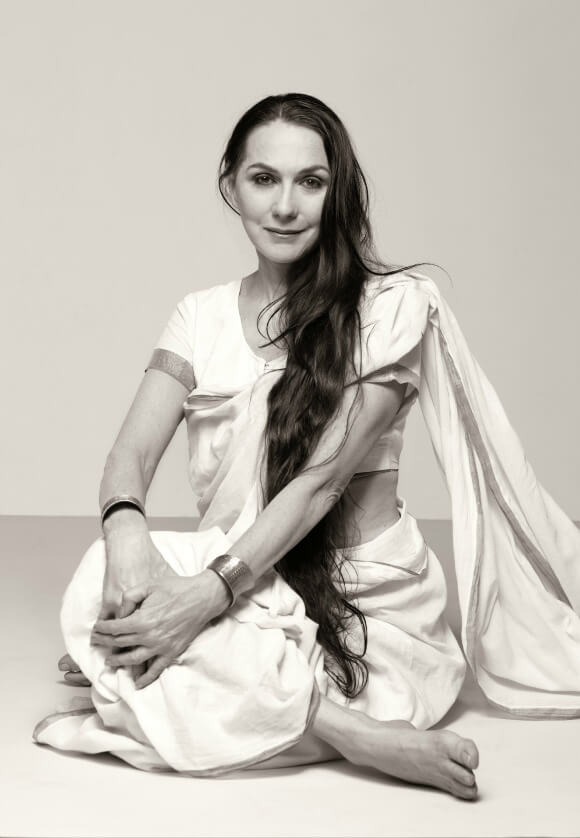 Q: I don’t eat meat, but I eat fish. Isn’t that all right? Isn’t it true that fish are cold-blooded and don’t feel pain?

A: Actually, fish are very sensitive creatures with highly developed nervous systems. They feel pain acutely. If they weren’t able to feel pain, they, like us, could not have survived as a species. Their nervous systems, like ours, secrete opiate-like, pain-dampening biochemicals in response to pain.

Here is an example that may help you understand just how sensitive a fish is. If you were a fish and you were to touch a doorknob, you would be able to feel the presence of every person who had touched that doorknob during the course of a day. Have you seen how fish are able to swim in a school so precisely relating to their fish-fellows and never clumsily bump into one another? That’s because they have a highly developed sense of feeling in their bodies, which enables them to feel not only the movement of the water against their skin but the presence of other beings who are close. They certainly are not cold-blooded in the sense that they are dull, insensitive, and have no feelings.

Fish are complex beings who choose mates, use words to communicate, build nests, cooperate with one another to find food, have long-term memories, and use tools.

Q: At least if we choose to eat fish, it’s cleaner for the environment and we aren’t contributing to the ecological toll that eating beef or pork is causing, right?

A: Wrong. Fishing is taking a huge toll on the planet’s ecosystem. Fishing is not a benign activity—it is hunting in the water. We are emptying the oceans, seas, lakes, and rivers as we fish them dry. Large factory trawlers indiscriminately scrape and haul up everything from the ocean floor, along with everyone unfortunate enough to get caught in the nets. Roughly one-third of what is dragged in is not profitable fish, but other sea animals, including turtles, whales, dolphins, seals, and seabirds. These beings are referred to by the fishing industry as “by-catch.” Severely traumatized and wounded, these animals are subsequently thrown back into the ocean, dead or dying.

To meet the huge consumer demand for fish, the industry can no longer rely on hunting wild fish. Now we are doing to fish what was done to wild cows, sheep, goats, chickens, and ducks thousands of years ago: we are confining them in holding pens. Like their land equivalents, these floating fish farms, or hatcheries, are sites for genetic engineering. They contribute to polluting the ocean with toxic excrement and residue as any other farm would. Many genetically “altered” fish escape from the confines of the crowded floating concentration camps to mingle and mate with their wild fish cousins, causing horrible and irreversible damage to wild species.

Today’s fishing industry supplies land farms with fish as well. Over fifty percent of the fish caught is fed to livestock on factory farms and “regular” farms. It is an ingredient in the enriched “feed meal” fed to livestock. Farm animals, like dairy cows—who by nature are vegans—are routinely force-fed fish to increase their weight and milk production. It may take sixteen pounds of grain to make one pound of beef, but it also takes one hundred pounds of fish to make that one pound of beef!

For more information about Sharon, check out her website.