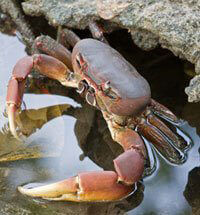 When people decide to stop eating animals, they may leave some species on their plates because they believe that those animals don’t feel pain. It’s now generally accepted in the scientific community that mammals, birds, and fish have feelings, preferences, and the ability to sense pain. But what about shellfish?

The term “shellfish” covers a wide range of invertebrate aquatic animals used by humans as food. The most frequently eaten shellfish are crustaceans (shrimps, lobsters, and crabs) and mollusks, a broad category that includes cephalopods (squids and octopuses) and bivalves (animals with hinged shells such as clams, oysters, and scallops).

Cephalopods are considered among the most intelligent of the invertebrates. An octopus named Otto in a German aquarium passed the time by juggling the hermit crabs in his tank.

He mystified the staff by causing frequent electrical outages until they finally caught him in the act of climbing up on the edge of his tank and firing a jet of water at the light fixture. Octopuses have even successfully navigated mazes. Squids and octopuses have very different physiology than mammals do, but they can play, learn, and think—and they don’t deserve to be served for dinner.

Some people believe that shrimps, crabs, and lobsters—all of whom are more closely related to insects than to vertebrate animals—cannot feel pain at all. But recent scientific studies have shown that crustaceans have central nervous systems very much capable of generating the sensation of pain. Crustaceans release stress hormones (analogous to our adrenal hormones) in response to painful events. If you’ve ever seen a lobster or crab lowered into a pot of boiling water, you’ve seen these animals fight just as hard for their lives as any other animal would in the same situation. A lobster can’t scream, but that doesn’t mean he doesn’t feel agony in the time it takes for him to boil to death. And crustaceans suffer in other ways—they are often transported alive to restaurants and grocery stores and crowded into tanks where they are so stressed that their claws must be banded shut to prevent them from attacking each other.

Without obvious legs or faces, bivalves look less animal-like than other shellfish. But they’re capable of a surprising variety of behavior. Scallops can swim away from predators by “flapping” their shells. They can detect light and movement with small eyes that are located around the perimeter of their bodies. Clams can escape by burrowing through sand. Mussels are able to gradually move to a better home, reanchoring themselves in a new location. Oysters protect their soft bodies by snapping their shells tightly closed at the first hint of danger.

As we learn more about the many animal species with whom we share this planet, we keep discovering that they are more intelligent, more feeling, and more empathetic than we had previously realized. The evidence for sentience in squids, octopuses, and crustaceans is increasingly clear. We don’t yet know whether oysters feel pain, but if they do, they represent a very large number of suffering animals—a single meal might require the deaths of 12 or more oysters. We don’t need to consume oysters, scallops, and clams to survive. Is the flavor of Oysters Rockefeller or New England Clam Chowder so important to us that we can’t give these animals the benefit of the doubt? 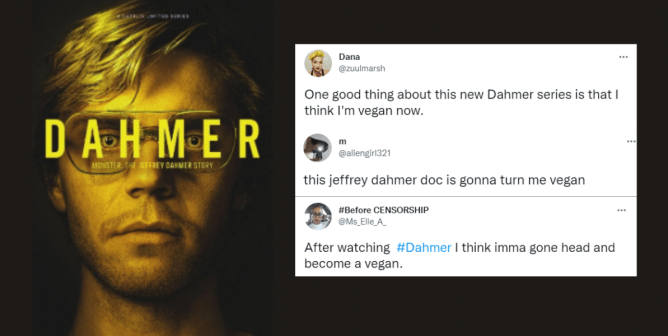 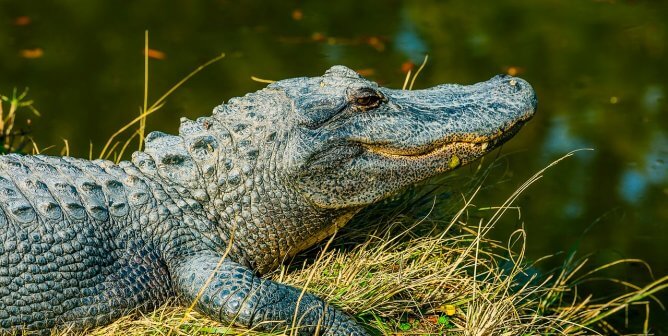 Here Are the 10 Worst Venues Exploiting Alligators for Entertainment 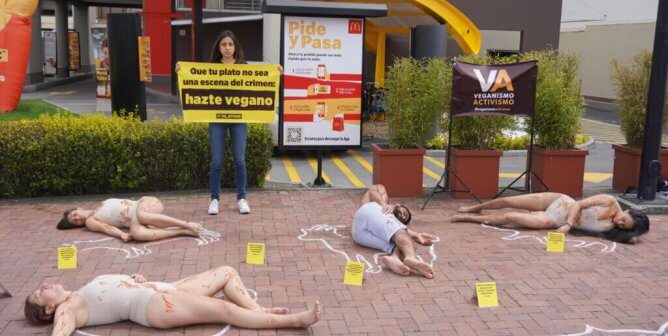