THIS Is Where That Red Caviar on Sushi Comes From (VIDEO)

A stomach-turning video highlighting the unsavory way in which eggs are taken from fish for red caviar is making the rounds on the internet. As workers slit open the bellies of these fish and hundreds of eggs spill out, it immediately becomes clear that there’s nothing luxurious about eating caviar.

You may have seen red caviar—or “roe”—in a sushi restaurant. It’s often taken from salmon or flounder, but the way that it’s collected is just as unsavory as how black caviar—which is traditionally pulled from the bellies of sturgeon—is. No matter the color, no matter the fish: Caviar isn’t fancy. It’s a product of unsustainable practices.

Decimated by fishing, low numbers of fish in the Baltic and Caspian seas—traditional habitats of fish used for their caviar—have prompted caviar producers around the world to switch to industrialized aquaculture farms. These facilities, which are often filthy, keep fish trapped inside enclosures in which they have no choice but to swim through their own waste and may suffer from rampant diseases. For caviar, some fish—who feel pain and fear as all animals do—are sometimes cut open while they’re still alive so that their eggs can be ripped from their ovaries.

If you found this video hard to stomach, spare fish everywhere this suffering by refusing to eat their eggs and flesh. Swanky vegan Cavi-Art—made from seaweed—is more versatile in dishes than animal-derived caviar and has all the briny taste that enthusiasts expect. You can order it from the Plant Based Foods online store. And if you’re looking for a great vegan caviar recipe that you can make at home, check out this one by Olives for Dinner. 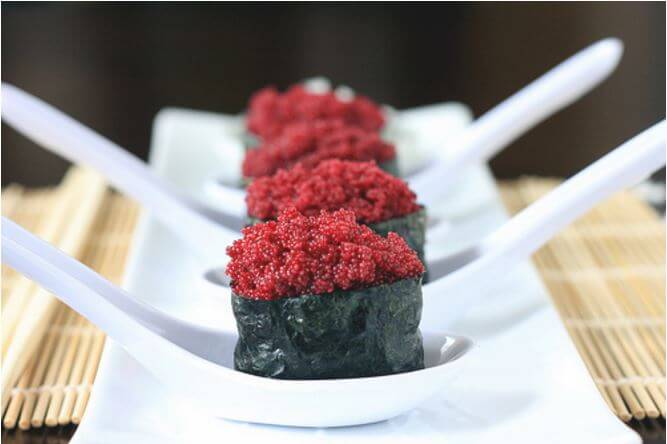 Share the video on this page with your friends, family, and social media followers who eat caviar or fish. Let them know that vegan foods are the only truly humane, sustainable options for diners of all palate preferences. 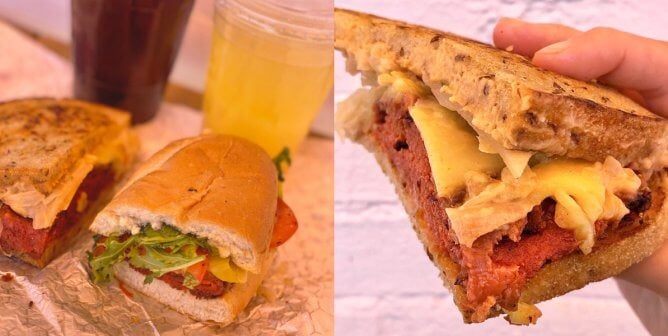