The following article was written by Carissa Leventis-Cox of Mama in the Kitchen, and she ain’t cookin’!

My pizza-loving husband inspired me to create this raw Thai pizza. After eating one large pie all by himself, he declared his approval. See if you agree! 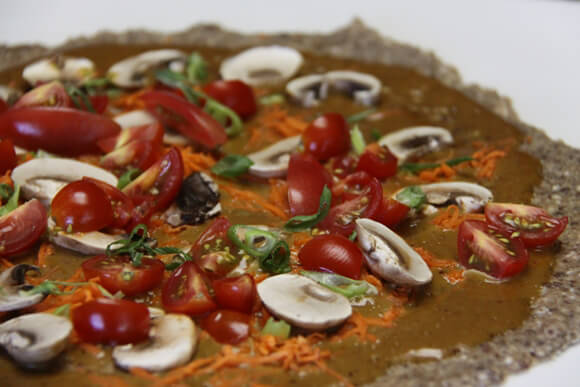 Note: Plan on making the raw dough a day or two ahead of serving the pizza.