If you’re a parent, then you already know that snacks are one of the highlights of a child’s day and that it’s a constant battle to keep the unhealthy ones out of little hands. Everywhere you look, Dora or Mickey is plastered on food packages, making it nearly impossible to convince kids that they don’t need those snacks. When children see a Dora snack, all they know is that they want it—now. 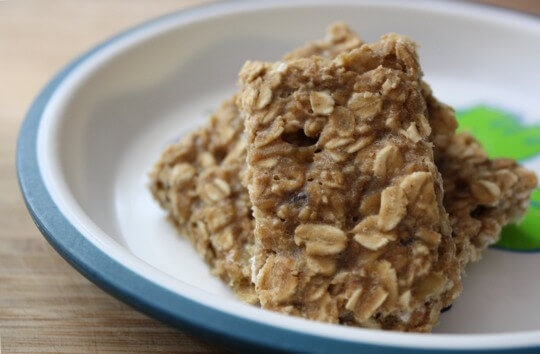 Many children’s snacks aren’t very good for them, and I believe that less-processed homemade vegan snacks are a lot healthier. One of my favorite kids’ snacks at the moment is homemade oatmeal snack bars—one batch of these yummy treats will last for days. The following recipe is sugar-free, but your children will never know it.