May Is International Respect for Chickens Month 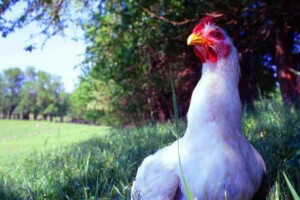 The easiest way that we can show our compassion to chickens is to stop eating them. If you’re not convinced yet, here are a few more reasons:

But it doesn’t have to be this way. Take a stand and pledge to go vegan now. No animal deserves to suffer for your palate.