Is sugar vegan? The short answer is: some sugar is vegan.

The most helpful thing that we can do for animals is to make compassionate choices every time that we spend our money. Eating vegan isn’t about “perfection” or a quest for personal purity—it’s about achieving real change for animals suffering in the food industry. There’s no better way to do that than by always choosing plant-based foods when shopping or heading out to dinner and by leaving animal-derived ingredients off your plate. We’ve compiled this list of tips on finding sugar that doesn’t use bone char for those who are interested, but we also want to say: Don’t stress too hard about sugar if you’re unsure about how it was produced. You’re saving more than 100 animals per year by following a vegan lifestyle, and the effect will snowball as people around you, inspired by your choices, may start trying vegan meals once you’ve shown them how easy it can be. 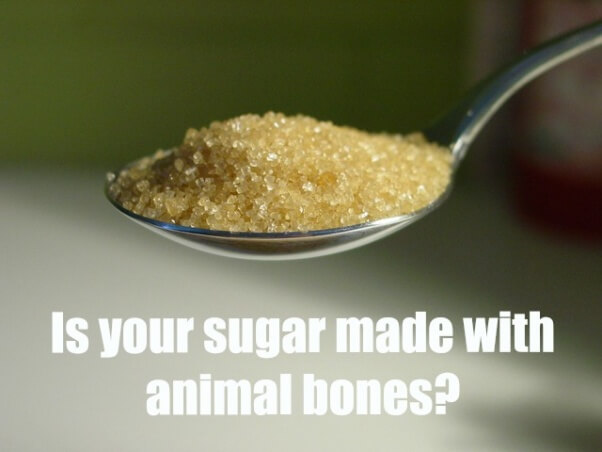 What is bone char?

Bone char—often referred to as natural carbon—is widely used by the sugar industry as a decolorizing filter, which allows the sugar cane to achieve a white color. Bone char is made from the bones of cattle who were slaughtered in foreign countries and sold to traders in other foreign countries, who then sell the bones back to the U.S. sugar industry. Typically, sugar is made from sugarcane, sugar beets, or coconuts. Beet and coconut sugar are never processed with bone char.

What about brown sugar?

Brown sugar is created by adding molasses to refined sugar, so companies that use bone char in white sugar will also use it to make brown sugar. Confectioner’s sugar—refined sugar mixed with cornstarch—made by these companies also involves the use of bone char. Fructose may, but does not typically, involve a bone-char filter.

If a sugar is labeled organic, does that mean it’s not filtered with bone char?

Yes. Certified U.S. Department of Agriculture organic sugar cannot be filtered through bone char. If the sugar you want to buy isn’t organic, check to see if it says “unrefined” or if it’s made from beets. 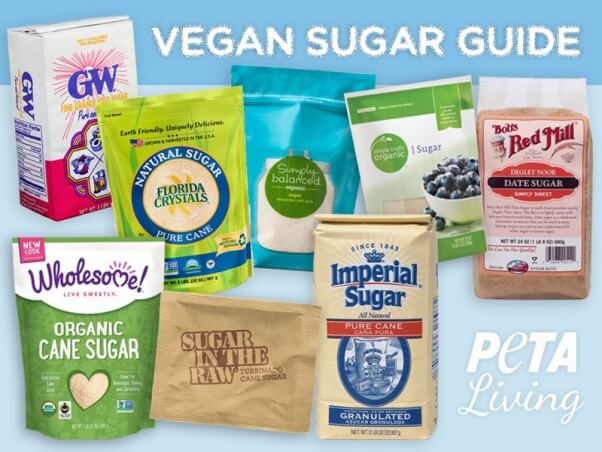 The following companies do not use bone-char filters:

Here are some other delicious vegan sweeteners:

@wholefoodsmarket thank you for supporting @beefreehonee in most of your stores! #vegan #womenownedbusiness #kidfriendly #madeinusa

Want to go vegan but don’t know how to get started? We’ve got you covered.

With so many options available, going vegan is easier than ever. Take the pledge today, or share it with your friends!