What Makes a ‘Real’ Man? Interview With a Vegan Bodybuilder 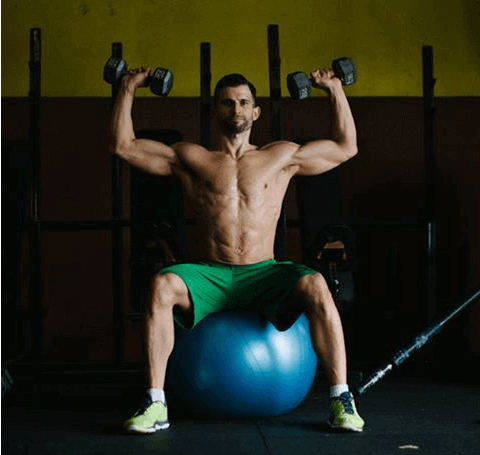 Which is better—plant or animal protein? Bodybuilder Giacomo Marchese, co-founder of PlantBuilt and co-owner of Vegan Proteins, has the definitive answer. In an exclusive interview with PETA, he talks about how speaking softly and carrying big “guns” gets his message across loud and clear.

How long have you been vegan, and why did you make the switch?

I have been vegan going on 10 years now. Initially, I made the switch for performance-based reasons, to better fuel my body as a strength-based athlete. I had absolutely no idea that people went vegan for ethical reasons. After meeting someone who ran an animal rescue and who put me on to the atrocities of factory farming and helped me make the connection, I knew there was no looking back.

What do you think is the best strategy for promoting vegan eating?

The interesting thing about following an ethical lifestyle is that people question their own ethics and morals even without you saying a word, because your lifestyle makes them question theirs. Generally, I like to lead by example and be the healthiest and strongest person that I can be, in the hope that it will inspire and be a resource in the future for those who are “veg-curious.”

Why do some men have hang-ups about eating meat?

Meat and dairy are big business, and they have spent an exorbitant amount of money for a very long time advertising and painting the picture that eating meat is manly, even sexualizing it. You don’t need meat to build muscle—it just simply isn’t the case.

Is there any excuse for killing animals for food in this day and age?

We are not in the Stone Age anymore, and eating meat is rarely, if ever, necessary for survival in these modern times. What does it say about us if we continue to partake in cruel and heinous acts, simply to exert our power over another sentient being? This type of philosophy is selfish and morally bankrupt at its core and has absolutely no place in modern society.

How are you getting the message out that plant-based foods build muscle?

Veganism is generally accepted as a viable way to fuel oneself as an endurance-based athlete. There is so much more work to be done, though, in strength-based sports, like bodybuilding, powerlifting, CrossFit, kettlebell sports, and others. Our goal is to step up and show that you can get the same results, if not better, by consuming a plant-based diet, all while living 100 percent cruelty-free. I fully intend to spend the rest of my life as an active and competitive strength-based athlete, to drive the point home and to be a good ambassador for veganism.

Being a real man means loving and respecting the life around you. In addition to running VeganProteins.com, our one-stop vegan supplement shop, we also started PlantBuilt.com, a 501(c)(3) nonprofit team of strength-based athletes. Currently, we are in our third year, and we are over 50 athletes strong. Our mission is to compete together and place well in our respective sports. The beauty about sports is that when you are winning, everyone wants to know what you are doing that they aren’t, and there’s our in. PlantBuilt athletes dedicate their lives to being the best possible athletes they can be for this very reason. We also raise funds for farm sanctuaries and vegan outreach, and we educate others within our communities. This year alone, we’ve been able to raise more than $12,000 for our charitable affiliates. So far, the results have been more far-reaching than we could ever have imagined when we started this two years ago. PlantBuilt has become a movement and is taking on a life of its own. If you search the hashtag #plantbuilt on Instagram, you will see its popularity.

What names come to mind when you are asked to list some empowering vegan men?

There are so many shining examples of empowering vegan men. There are Christian Garcia, Jason Morris, Torre Washington, Brayden Green, Mike Wolf, and Luke Tan, to name a few. You can find their athlete bios and many others on our team at PlantBuilt.com.

Brand-New Vegan Trader Joe’s Products to Stock Up On