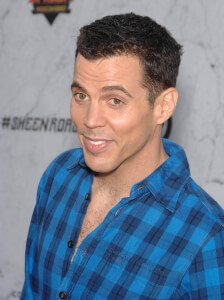 I’ll admit it: I’m kind of in love with Steve-O. Not because I was a huge fan of his stunts on Jackass (although he was hilarious!). It’s more that he’s this perfect combination of rugged fearlessness and gentle compassion. Every gal wants a fella who is kind, but he also has to be tough—someone who would clobber anyone who tried to hurt her and always stands up to protect the innocent—a modern William Wallace, of sorts.

Take, for instance, Steve-O’s latest action for animals. He climbed up to a green road sign next to Interstate 5 in San Diego, unfurled a massive banner that read, “SUCKS,” and taped it over the “Drive” in “SeaWorld Drive”—a daredevil move that showed thousands of motorists how every compassionate person feels about SeaWorld’s abuse of marine mammals. It was sort of like Evel Knievel meets Noah from The Notebook. 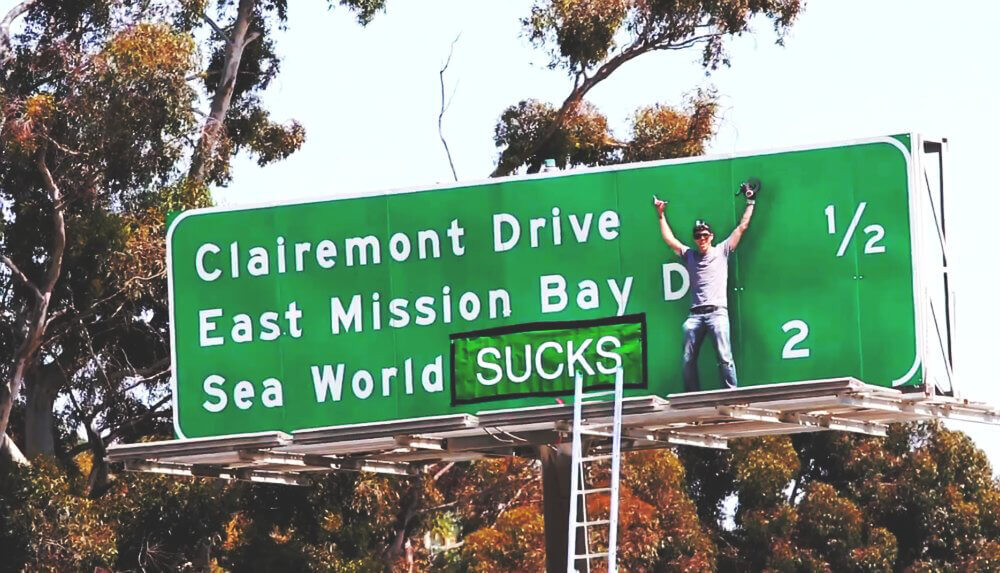 And this wasn’t a PETA thing. Steve-O decided on his own to do this for SeaWorld’s imprisoned animals. That makes him our kind of guy! He’s a real man. And that’s really attractive.

For all the latest on SeaWorld, visit SeaWorldOfHurt.com.

Note: PETA does not endorse or encourage interference with traffic devices or other illegal activity.