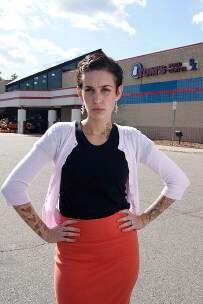 You’ve seen her on TLC’s Extreme Couponing, and now she’s letting you in on some of her money-saving secrets. Perry, who has been vegan since 2007, is a relative newcomer to the coupon community. She says she “became obsessed” after watching just the pilot episode of the hit show. Now, the 29 year-old wife, mother, and guardian of two cats and a dog spends as many as 40 hours a week snipping coupons and planning her vegan-food hauls.

Check out the Q&A below to learn more about this compassionate, intelligent, and savvy vegan! You can catch Perry on Extreme Couponing All-Stars on Tuesday, January 24, at 10 p.m. ET/PT. Be sure to tune in!

What does an average meal look like for you and your family?

I am absolutely obsessed with spicy food, so we eat a lot of bean/rice combos. Sometimes we’ll make yellow rice with kidney beans. Other times, it’s garbanzo beans with basmati rice. We always make sure to include a fruit or vegetable with every single meal.

Many people understand using coupons for packaged goods, but how do you get deals on produce?

Often, breakfast companies will offer deals on fresh fruit when their products are purchased.  When those coupons come around, I try to get a large quantity of them. We are also always on the look-out for great deals on frozen fruits and veggies. They obviously don’t spoil as quickly and they can be substituted for fresh produce in most recipes.

Many people claim eating vegan is expensive. What would you say to them?

They’re crazy! 🙂 Although I agree that eating specialty vegan/organic foods can be expensive, stocking up on staples like rice, beans, and frozen fruits/veggies can be done using basic coupons that everybody has access to.

What advice do you have for other vegans who are looking to save some money?

Don’t get discouraged and don’t assume that all coupons are only for meat/dairy. And really try to focus on stocking up on dried/frozen staples. These products have long shelf lives, and they can be incorporated into dozens of vegan recipes.

What was your proudest couponing moment or the best deal you ever got?

My proudest couponing moment was when I donated over $700 worth of merchandise to the East Lansing Food Bank (for round one of All-Stars). Seeing hundreds of items loaded into a truck, and knowing that so many people would benefit was truly amazing. 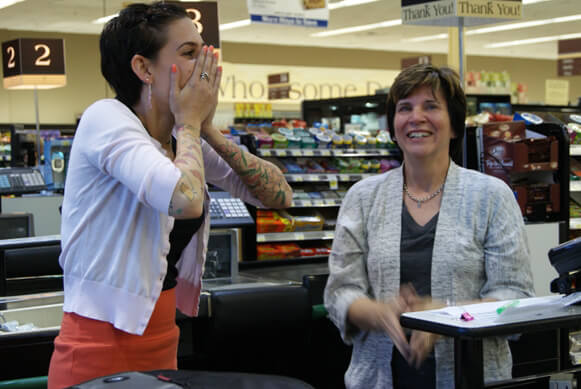 Have any insider tips that you’d be willing to share with fellow animal lovers?

Contact your favorite companies and ask them for coupons or samples. You’d be surprised what they are willing to send to loyal customers!  🙂