The following article was written by Ashley Palmer.

According to Glamour Magazine, rumor has it that a particular chicken recipe will get your man to pop the question.

The traditional recipe calls for an entire chicken carcass. And the secret ingredient? Shoving entire lemons up the dead bird’s bum. Nast-ay!

So what’s an animal-loving girl to do when she is tired of waiting for a proposal?! Try out our vegan version of the elusive recipe instead. Here’s to hoping he’ll “put a ring on it” soon! 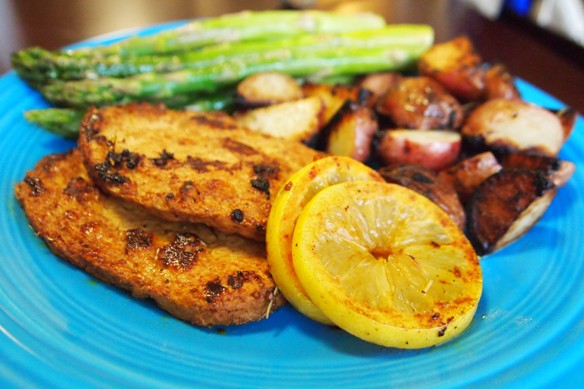 And for all the brides- and grooms-to-be, consider honoring your guests with a donation to PETA through our new wedding favors of compassion!