Calcium—It’s What’s for Dinner (and Dessert and Breakfast) 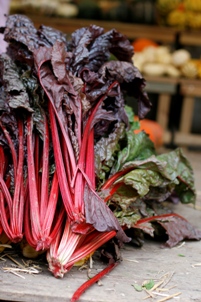 If I had a dollar for every time someone asked me how I get my calcium after I ditched dairy products—well, I could have ditched school a long time ago too.

When we’re bombarded with commercials of adorable kids who pull apart grilled cheese sandwiches as their seemingly only source of the bone-building mineral and “Got this or that?” billboard and magazine ads, it’s easy to see why family and friends are concerned when you drop the “V” bomb: You’ve gone vegan.

While I never tire of knowing that so many people care about my health, it’s even better to know how much my body doesn’t miss cow’s milk. In fact, not one of my “brittle” vegan bones has broken yet. Not one! But that’s probably because I eat from this list of great foods that have more calcium per serving than milk does.

Some statistics before I break out the list: The U.S. Department of Agriculture (USDA) recommends that everyone get about 1,000 milligrams of the bone-building stuff every day. Regular milk has roughly about 300 milligrams per cup, which is 30 percent of your daily value. Check out this list of foods and drinks that pack a bigger calcium punch* and don’t involve any cruelty, hormones, antibiotics, or pus.

Pair any of these with a cup of soymilk and you’ve got an added 300 milligrams (notice that milk and soymilk have about the same amount of calcium):

The surprise finale? In a teaspoon of baking powder, there’s anywhere between 217 and 339 milligrams of calcium, depending on the kind you use.

What other vegan foods help you get all the calcium you need?

*All numbers sourced from the USDA.