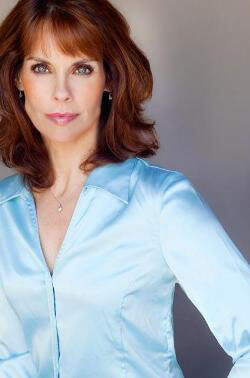 The following article was written by Lauren Gordon, who is PETA’s celebrity marketing coordinator and also a certified holistic health counselor.

Actor Alexandra Paul has starred in more than 70 feature films and television programs, including the documentary Who Killed the Electric Car? and the hit series Baywatch. An outspoken animal lover and activist, Alexandra lives a vegan lifestyle and even has a clause in her acting contract stating that she does not use makeup tested on animals. In the exclusive interview below, Alexandra shares what inspires her to live compassionately and gives tips for how others can help animals and the planet.

How long have you been vegetarian/vegan? What inspired you to go vegetarian/vegan?
I became a vegetarian when I was 14, in 1977. I had read Frances Moore Lappé’s book Diet for a Small Planet, and I decided not to eat meat or fish because of the cruelty aspect and the environmental effects of eating high on the food chain. A year later, I read Peter Singer’s Animal Liberation, did a report on it for English class, and started wearing a button at school, which read, “Lab Animals Never Have a Nice Day.” When I was 26, in 1990, I stopped wearing leather, wool, or silk and put it in all my acting contracts that I was not wearing fur nor using any makeup tested on animals.

Last year, I became a vegan. I have to say, I don’t know what took me so long, and I deeply regret all those years I kept a bit of dairy in my diet. I had thought I wouldn’t be able to do it, but once I truly decided, it was easy to stay vegan. Amazingly easy.

I do feel that my biggest accomplishment of 2010 was becoming vegan.

What positive changes have you seen in your life since going vegan?
For the first time in my life, my diet lines up completely with my values. With that comes a saner attitude towards food. I struggled with eating disorders for 12 years in my teens and 20s, so my reluctance to get dairy out of my diet stemmed from a fear of feeling deprived and going back to acting out with food again. Turns out, going vegan not only has helped the animals, it has helped me. My bulimia stemmed from not being my authentic self, but being vegan is me expressing more my authentic self. So instead of bringing up food issues like I had feared, being vegan actually balances me.

If you could have any vegan meal in the world, what would it be?
I begin every morning with oatmeal and half a scoop of Vega Sport Vanilla protein powder. It just starts the day off right. And I love Fabe’s double chocolate chip cookies. I have a sweet tooth!

Why is it important to you not to wear fur? How about leather, silk, and wool?
Killing animals is killing animals, and suffering is suffering. Whether it is leather, wool, or silk, it is still exploitative. Our society justifies the killing and suffering if it results in something utilitarian for us—fur is not cool but leather is fine—but is that really the way to look at it? We don’t need any of those products really—there are cruelty-free alternatives to leather, wool, and silk. So many more than 20 years ago! I basically wore sneakers and plastic shoes from Payless back then, but nowadays designers and vegan fashionistas like Natalie Portman and Pamela Anderson are providing us with beautiful leather-free footwear.

When I got married in 2000, I wore a dress made out of synthetic material, and someone wrote to me saying that as an environmentalist, I was a hypocrite because it took oil to make that fabric. I responded that sometimes my values collide and I have to weigh the options carefully, but that relieving suffering of animals was the priority to me. I added that the animal exploitation industries are also unnatural and polluting, just more societally acceptable.

How do you incorporate your cruelty-free lifestyle into selecting what cosmetics and brands you purchase?
I have had a clause in every acting contract for over 20 years that no makeup tested on animals can be used on me. I only buy products that are OK’d in PETA’s guide to beauty products not tested on animals. It is not enough to have a final product not tested; I want there to be no testing at any stage of development.

What do you do to speak out or volunteer for animals? What advice would you give to others who want to help animals?
I am lucky that pretty much in every interview I do, I am asked about my lifestyle, so I always talk about my diet and animal rights views. Baywatch had a product placement deal with Johnson & Johnson, but the props department knew I would not tolerate having any of their products on my character’s desk, and in one episode when the producers had written me into a storyline about Marine World, I asked that I be written out since they depicted that horrible place as fun with happy animals in it. To their credit, the producers removed me from those scenes. By walking my own path, I can open people’s minds about animal rights without preaching.

What can we each do? First and foremost, we can look at our own lives and what we purchase, and live cruelty-free. We have incredible power as consumers, and the more we patronize vegan restaurants and buy animal-friendly products, the more we will shift our society’s values towards animal rights.

Each of us needs to figure out how we are most effective as activists: Some of us are best as role models, adopting animals and being vegan. There are also the check writers, donating to non-profits like PETA. Others are letter writers …. Others work best behind the scenes licking envelopes, answering phones, writing letters, or organizing. Then there are the sign-wavers, who protest on street corners. And the liberationists, who break laws to free animals. Every one of these types of activism [is] vital for every movement—none is less important than the other.

One of the greatest pieces of wisdom I ever heard was from Ingrid Newkirk. When asked [what] the one thing is people can do to save the planet, she responded: Kindness, kindness, kindness. If we put kindness first, most of the world’s problems would be solved.