Bringing home a new baby can be very stressful for your animal companions. In order to keep everyone safe and happy, it’s vital to take steps before and after your new baby’s arrival to help your animal companions adjust to this major change. In this video, dog guardian and new mother Moira shares the concerns she had about how her dogs, Teddy and Cashew, might respond to her infant and how she prepared them for the change:

Every situation is different, and you should always be extremely cautious if you decide to introduce your new baby to your animal companions. With positive reinforcement and thoughtful safety precautions, you may want to try some of the steps Moira took when getting Teddy and Cashew ready to meet little Violet. Please remember that dogs and cats are individuals and that no one tip works for everyone. Always be careful, and always supervise all interactions to keep everyone safe and happy.

Moira prepared adopted dogs Teddy and Cashew for a new human baby by doing the following: 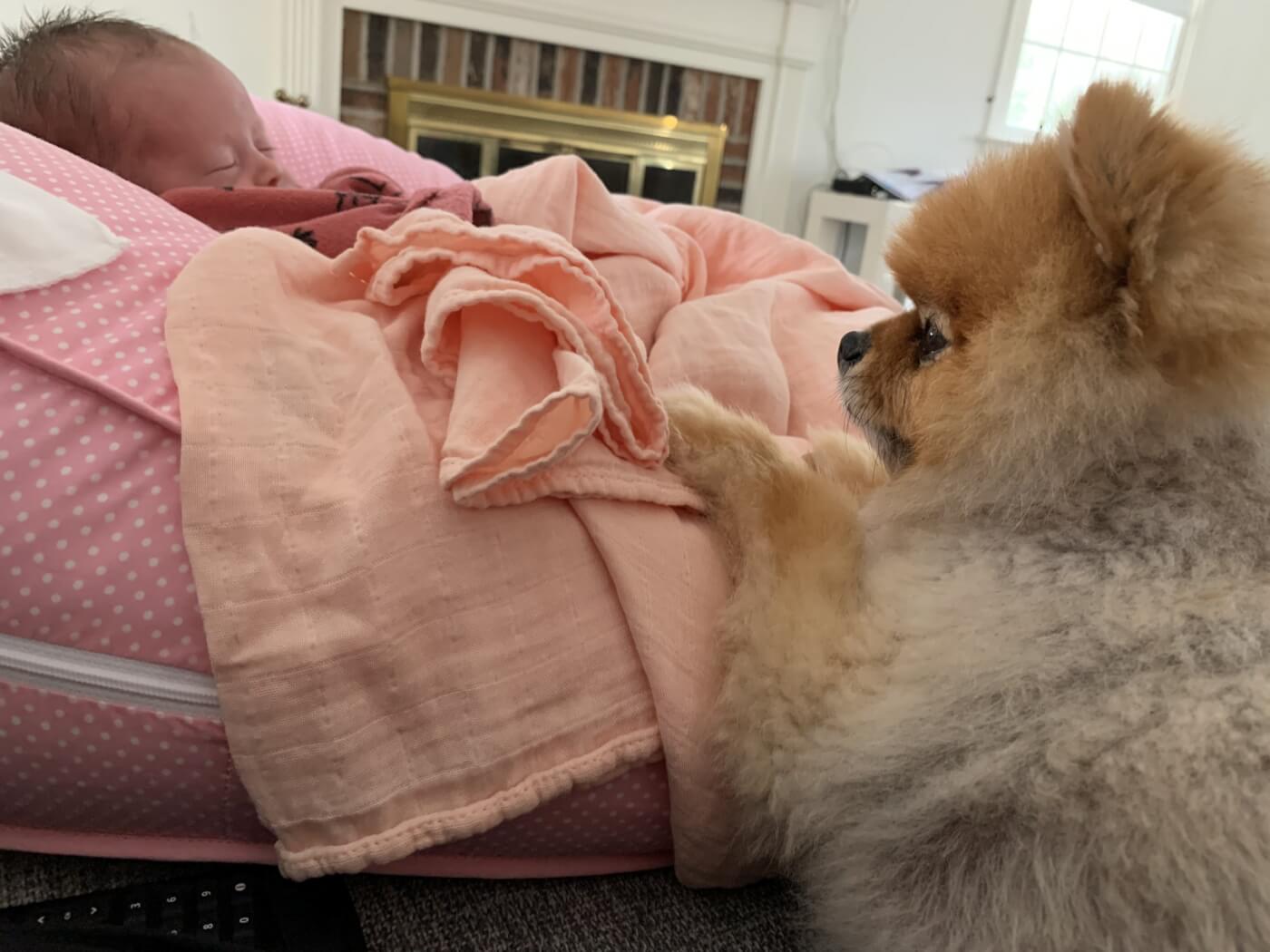 As Violet grew, Moira helped her learn how to interact respectfully with Teddy and Cashew by doing the following: 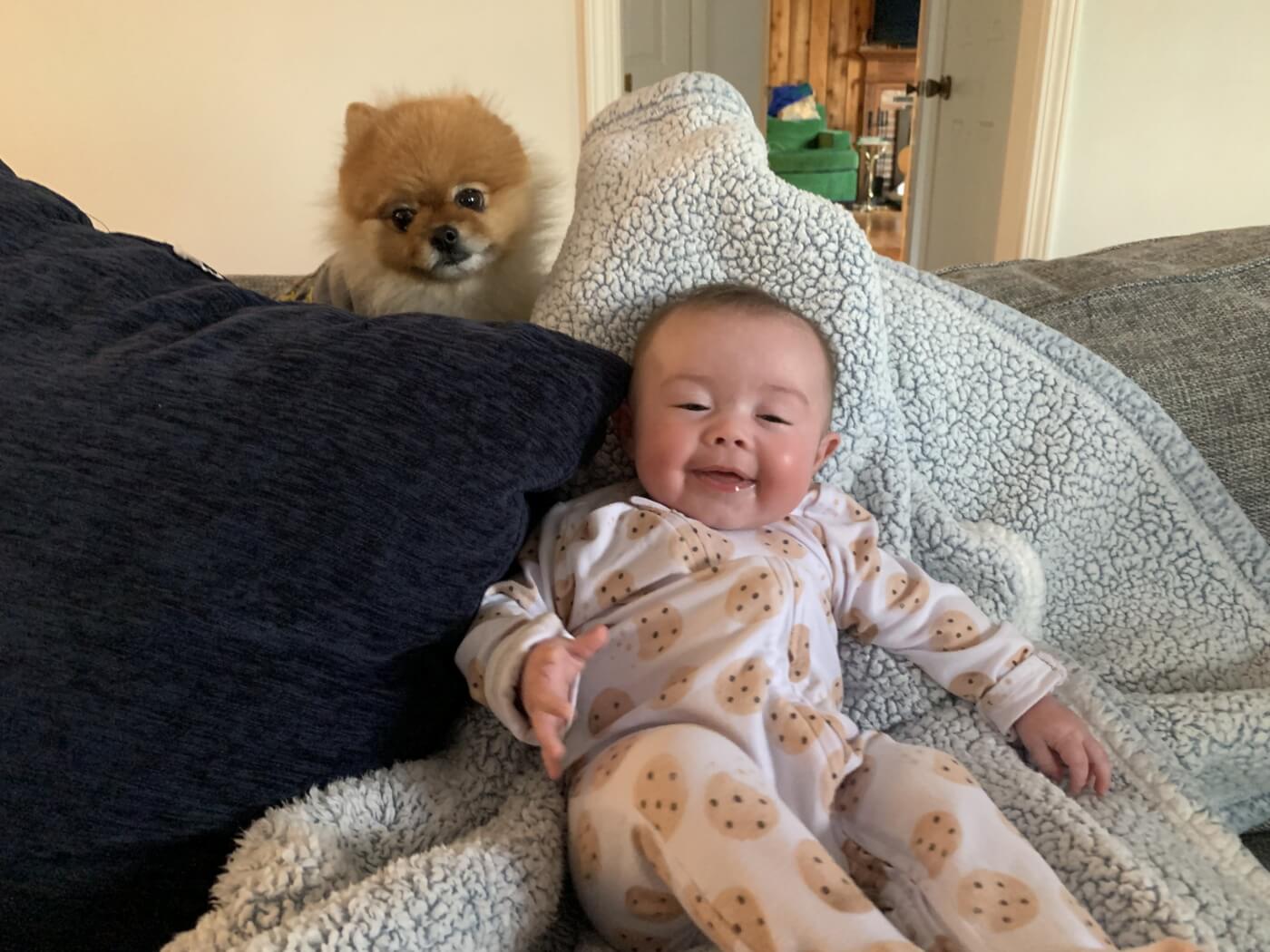 Moira also continued to give her dogs one-on-one attention and dedicated exercise. 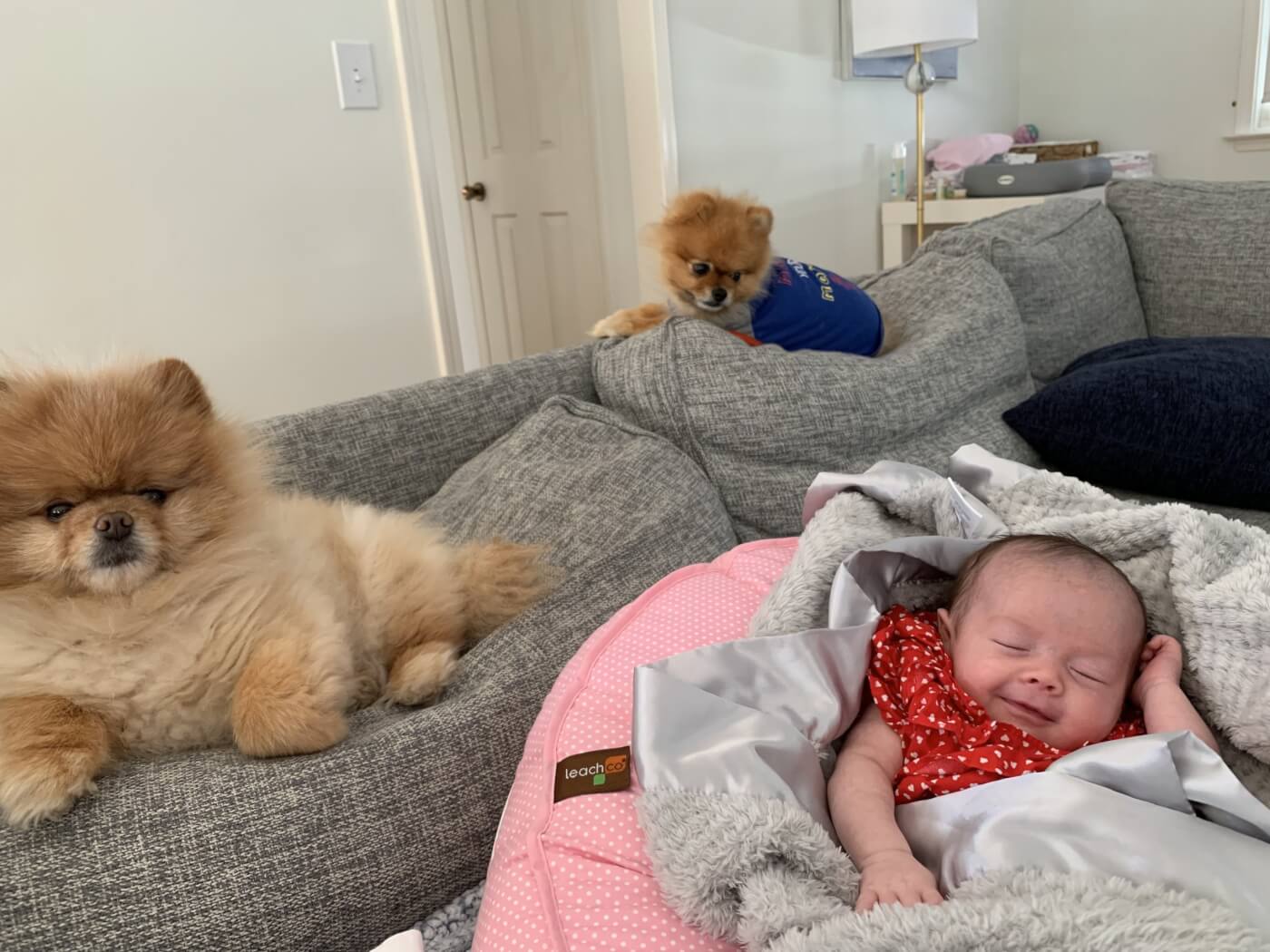 Babies can be seriously injured by dogs and cats. Never leave them alone unsupervised, and always exercise an abundance of caution when introducing any animal to an infant or a child. Not every situation will end up like Moira’s story, and that’s OK. Just make sure you’re keeping safety for everyone in mind every step of the way.

It’s never too early to have compassion for animals. This adorable onesie will show how easy it is to help animals by always giving peas a chance!