Ensuring the Safety of Your Animal Companion’s Food 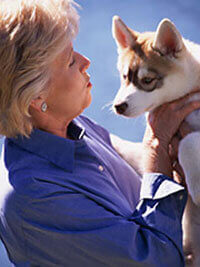 The government and pet-food industry failures that PETA has documented throughout the pet-food recall reflect the FDA’s decision to hand pet-food regulation to a nongovernmental body with no enforcement powers. This fiasco is a disturbing example of the government’s inability to protect consumers from tainted animal flesh.

For years, PETA has warned people of the risks associated with commercial pet food. The cheap pet foods that are sold in supermarkets are often made from dead, dying, diseased, or disabled animals who were deemed unsafe for human consumption. In all but a few states, it is legal to remove unusable parts from chickens and sell them to pet-food manufacturers.

Most pet foods contain the same hormones, pesticides, and antibiotics that are found in commercial meat products from factory farms.

What You Can Do to Protect Your Entire Family