The beauty and tranquility of seeing birds fly and hearing them sing have fascinated humans for centuries. But when we try to make birds our companions by keeping them captive and caging them, we end up hurting the very beings we admire and appreciate. The best way to celebrate these magnificent beings is to keep them out of cages, and observe them in nature, where they belong. 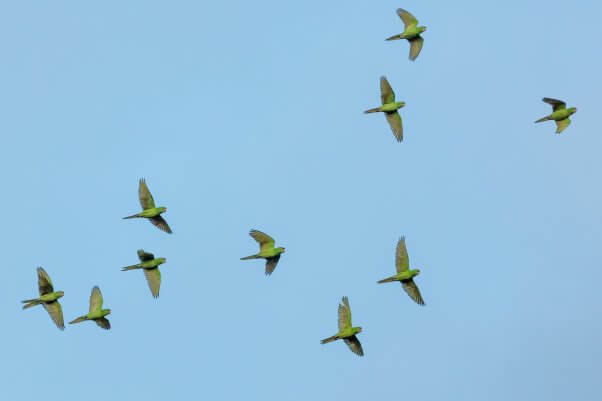 Flying is as natural for birds as breathing is for humans, yet we deprive birds of this awesome ability—and all of their other needs and desires—when we capture them and lock them in cages. In nature, birds enjoy preening, chewing on branches or leaves, and flying for miles and miles each day. Some parrots fly 30 miles per day, and Artic terns fly 24,000 miles in just one year, which is nearly the equivalent of flying around the Earth! Birds are never solitary in nature and they frantically call out to their flockmates if they are separated, even briefly. Many bird species share parenting duties and even mate for life. 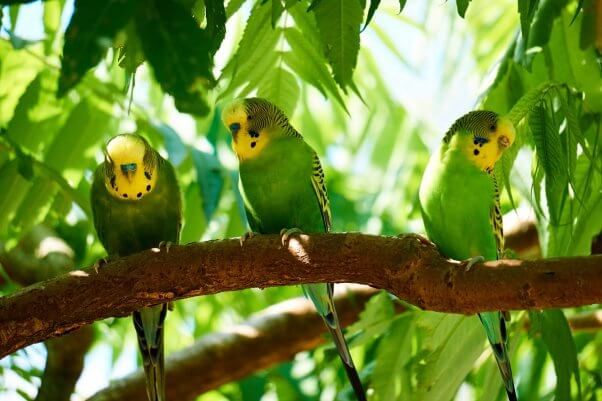 There are an estimated 20 million caged birds in American homes, but captive birds rarely get the same-species companionship or mental stimulation that they need, and normal bird behaviors—such as flock-calling, biting, and throwing food—are often unwelcome to unprepared human guardians who then abandon or isolate birds as a result. Birds abducted from their natural habitat are transported so crudely that it is estimated that for every bird who survives the trip, at least 10 die. Birds bred in captivity are reared in sheds, barns, and warehouses by the hundreds if not thousands, surrounded by filth, unfamiliar sounds and species. Some birds become depressed or aggressive from confinement, and even mutilate themselves or each other. Just like puppy mills, bird mills breed misery and disease. 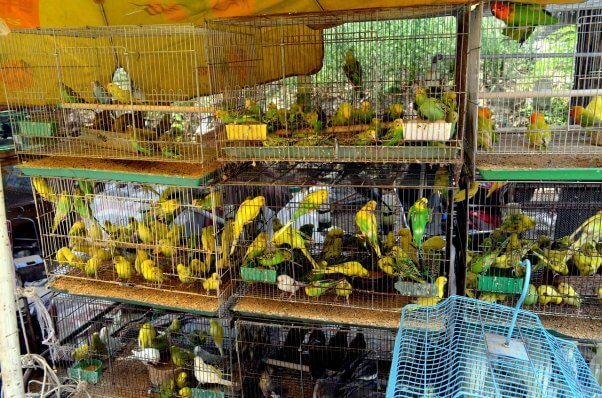 Life in captivity is frequently a death sentence for caged birds, and denying their right to flight is abusive; it deprives these magnificent animals of what comes most naturally to them. Captive birds often become so chronically distressed that they repeatedly bob their heads, peck at cage bars, shake or even collapse from anxiety, pull out feathers, and self-mutilate—sometimes to death. According to psychologist and ecologist Gay Bradshaw, PhD—who established the field of trans-species psychology—captive birds experience Complex Post-Traumatic Stress Disorder (PTSD) from prolonged, repeated suffering. Captive parrots exhibit symptoms very similar to Complex PTSD symptoms in humans, including persistent sadness, suicidal thoughts, explosive anger, isolation, and distrust. Many rescued parrots are too traumatized to form relationships with humans or other birds at sanctuaries. 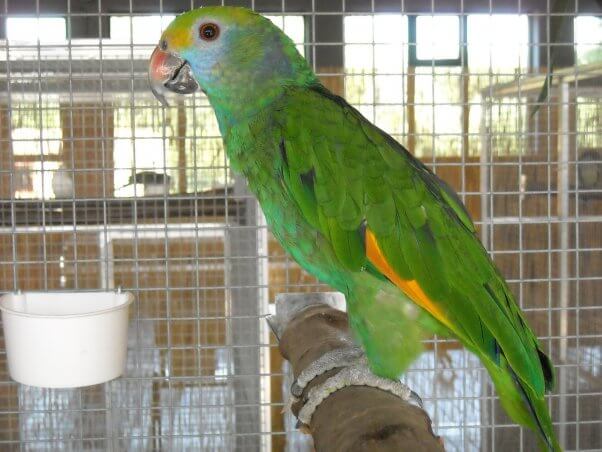 People who already have a bird and are committed to providing excellent care can improve his or her life by adopting another bird of the same or similar species from a reputable avian rescue organization, sanctuary, shelter, or animal rights group to be the bird’s companion. It’s important to let birds fly free for long periods every day—in an aviary or other secured, large enclosure—and spend as much time out of cages as possible in bird-safe environments. Please see PETA’s tips on caring for birds for more information.