When PETA teamed up with Australia’s YoungGuns International Advertising Award to hold a contest for brilliant ad minds around the globe to design a pro-vegetarian ad focusing on chickens—inquisitive, interesting animals who are, in some ways, as intelligent as some mammals, including cats, dogs, and even primates. More than 700 entries were received from design students, advertising professionals, and artists around the world.

The winning ad, titled “Your Parents Do It,” came from Jack Bagdadi and Billy Custer of Hallandale, Florida. The ad was part of a series called “Don’t Block It Out,” in which readers are led to think about things they otherwise might prefer to ignore—in this case, the way chickens are abused in factory farms. More than 9 billion chickens—inquisitive animals who are, in some ways, as intelligent as cats, dogs, and primates—are raised in notoriously cruel factory farms each year in the U.S.

Here are the first-, second-, and third-place winners. 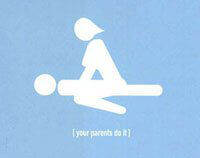 1st Place (receiving $1,000 worth of Apple products):
Don’t Block It Out (Your Parents Do It)
Creatives: Jack Bagdadi and Billy Custer
Hallandale, Florida 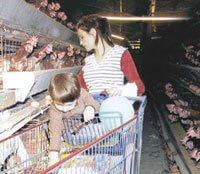