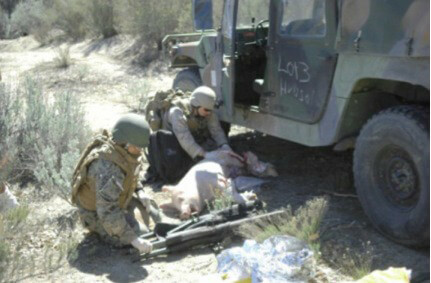 These animals are crudely used as “stand-ins” for wounded soldiers, even though their anatomy and physiology differ tremendously. 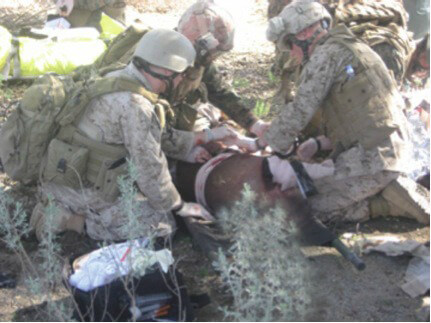 Each year, medics intentionally injure thousands of live animals before eventually killing them. 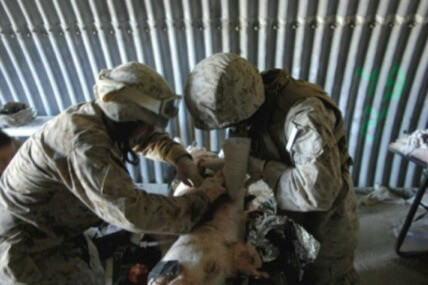 Live pigs are shot in the face, repeatedly stabbed, and set on fire. 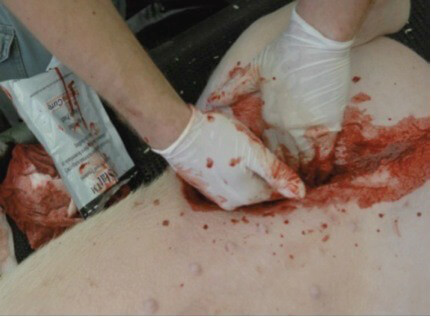 Live goats have their legs cut off with tree trimmers.

… and have their internal organs pulled out. 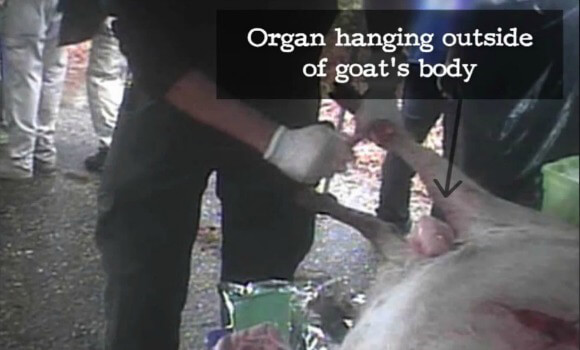 Sometimes goats wake up during the horrible exercises because they aren’t given enough anesthetics.

… and wave around a severed goat limb.

These trauma exercises put soldiers’ lives at risk, as experts agree that the drills don’t adequately prepare medics to treat humans in the field. 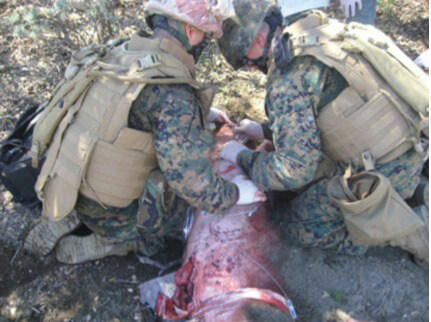 “No animal model can adequately duplicate the anatomy and physiology of injuries inflicted upon the human body in war.” 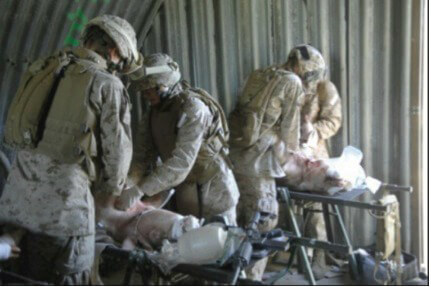 Even the Department of Defense’s own regulations mandate that non-animal simulators must be used when available. 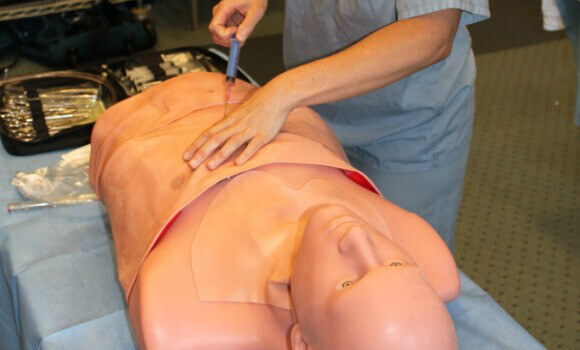 Simulators like these are already in use at several military trauma training facilities and more than 98 percent of civilian medical training centers. 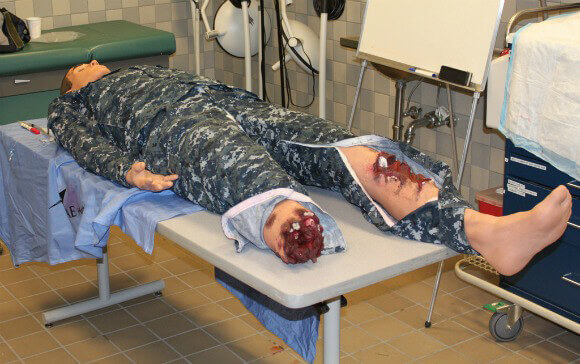 More than 80 percent of the U.S.’ NATO allies do not use any animals for military medical training. Instead, they use lifelike simulators and other non-animal training methods. 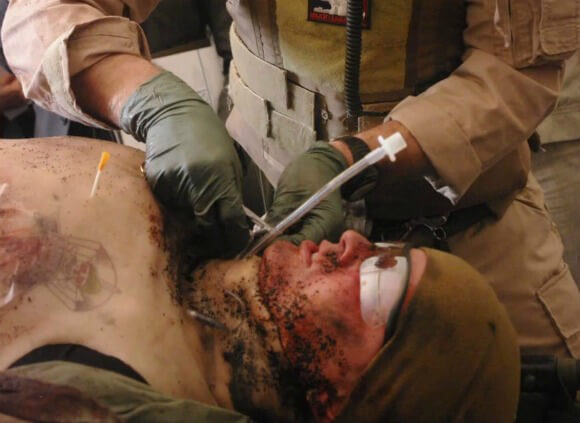 And Germany has repeatedly blocked the U.S. Army from conducting trauma exercises using animals within German borders on the grounds that simulators are superior. 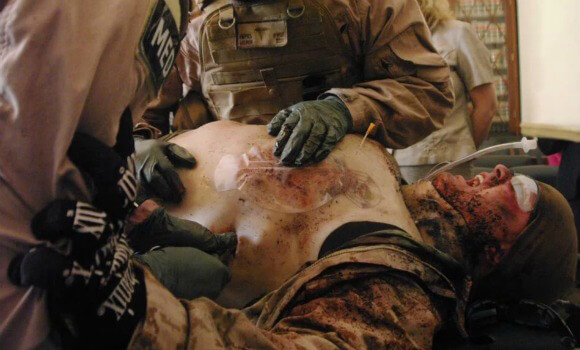 But the U.S. military continues to torture and kill thousands of loving, playful, and intelligent goats and pigs each year, needlessly. 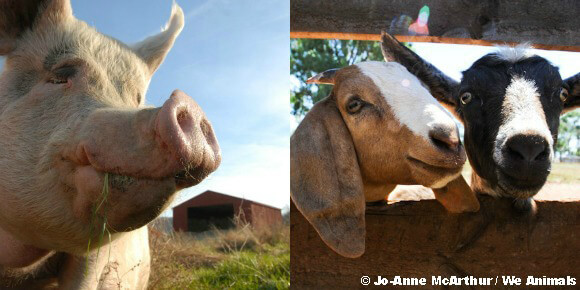 Please take a moment to contact military officials in Canada, Norway, Denmark, and the U.K. and politely urge them to stop harming and killing animals by joining the overwhelming majority of their NATO allies who use exclusively modern non-animal methods for military medical training exercises.