We humans think we’re pretty smart, but why is it that so many animals are better at speaking to us than we are at speaking with them?

1. The Elephant Who Can Speak Korean

Alex would say, “Talk better!” to his parrot buddies when they mumbled. In his short 31 years of life (captive parrots average 50 years), he learned 150 words in English as well as how to use them. According to The New York Times, Dr. Irene Pepperberg, the scientist who studied him, said that “Alex doesn’t just imitate human speech, as other parrots do—Alex can think.” This revolutionized the scientific community, which once believed that only large primate brains were able to handle complex problems related to language and understanding. 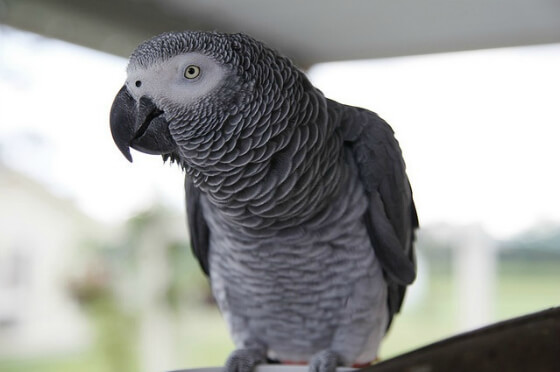 Do you ever wonder what “woof” and “bark” mean in dog language? Mishka broke the language barrier and learned English to tell his family how he really feels about them.

Cats like to keep to themselves because they know that they’re superior. Tiggy, however, is one cat who isn’t afraid to open up and share her feelings.

At just 1 year old, Koko was using American Sign Language. Forty years later, she is able to understand more than 1,000 signs based on that language as well as approximately 2,000 words of spoken English. She even invents new phrases to describe things that she has not been taught, for example “finger-bracelet” to mean ring.

Look! Koko loves kittens just as much as you do:

Dinner at Kanzi’s place tonight! Not only can Kanzi cook a meal over fire, he’s also an impressive conversationalist. Using a keyboard with specially designed graphic symbols called “lexigrams” along with some knowledge of American Sign Language that he learned from watching videos of Koko, Kanzi can communicate with humans. What should you take to the party? Cherries with orange soda—it’s his favorite!

Many of these animals spent their lives in captivity as the subject of experiments. PETA does not approve of or condone this. While we are fascinated by the abilities of animals as well as their empathy and intelligence, which have driven them to learn our language (while humans, on the other hand, still communicate with animals by using weapons such as whips and bullhooks), we believe that no matter what their intelligence, all animals deserve to be free.

To understand your cat or dog better, please see our useful guide to animal behavior.