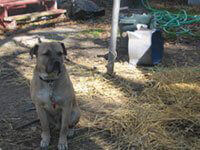 Sir, this mixed-breed dog, lived tethered for more than three years in PETA’s hometown of Norfolk, Virginia. Over the years, our field officers frequently visited him and repeatedly found him languishing alone in conditions unfit for any creature, let alone a social pack animal like a dog.

Sir was constantly found tangled in his chain. At times, he could move barely 3 inches. His tiny “living” area, no more than the chain’s radius, was always filled with feces. Sir could rarely reach his doghouse and what little water he was sometimes provided with. When the temperature dropped, we would find him cold and shivering.

Sir was as socially deprived as he was forgotten by his guardian: No one came to walk him or even pat him on the head or scratch behind his ears.

This was Sir’s life—chained 24 hours per day, month after month, for three years. Eventually, after regional animal protection laws improved, Sir’s cruel situation became criminal: Norfolk law prohibited the tethering of dogs for more than 12 hours in any 24-hour period.

Local animal control officials charged Sir’s guardian with failure to provide duties of ownership, and a guilty plea was submitted.

Sir finally gained his freedom from the chain and was surrendered to the city. His guardian was ordered never again to own, maintain, care for, or harbor any animals in Norfolk.

When the news of Sir’s miserable life and recently gained freedom reached hip-hop mogul Russell Simmons, the music legend took time out from his jam-packed schedule to record a public service announcement urging everyone to keep their dogs inside, where they belong.

“Most likely, your dogs would do anything for you—the least you could do is bring them inside and make them part of your family,” Russell says.

Dogs are pack animals who want to be together, just like humans, and they suffer from stress and loneliness when they’re stuck outside at the end of a chain or caged inside a small pen or kennel. In fact, if we had to think of the worst possible torture for dogs, solitary confinement would most likely be it.

So, as Russell put it, “Bring your dogs inside. Leaving them outside does not make them tougher or smarter or better. It just makes you a jerk. … Your dogs deserve a better life. Your dogs are your family.”

Russell was not the only one touched by Sir and the plight of dogs like him: Model and clothing designer Kimora Lee Simmons, moved by the images of dogs PETA field officers have helped, donated to our “Angels for Animals” program.

Her generosity helped PETA provide shelter for dozens of lonely dogs who, like Sir, live outside for years. This program provides sturdy, solid, straw-filled doghouses for dogs who are forced to live outdoors in the snow and freezing cold of winter, the sweltering heat of summer, or the rainy days of spring. Our doghouses are often the only “homes” these dogs have ever had, and they curl up inside them to get out of the wind and sleet. In one year, PETA built and delivered 571 long-lasting, straw-filled doghouses to needy dogs.

Help a ‘Backyard Dog’ in Your Neighborhood

Hand out PETA’s literature on chained dogs to folks who may not be aware of the cruelty or danger involved in chaining.

Many dogs have had their whole lives gradually changed, all because someone cared enough to intervene, and some lucky dogs have eventually been adopted by those who intervened.

Chaining dogs is prohibited in communities such as Little Rock, Arkansas; Fairhope, Alabama; and Big Spring, Texas. Find out how to end chaining in your community, and join Russell Simmons and Kimora Lee Simmons in taking a stand against cruelty to dogs.

Get the message out! Order a “Friends Don’t Chain Friends” bumper sticker. 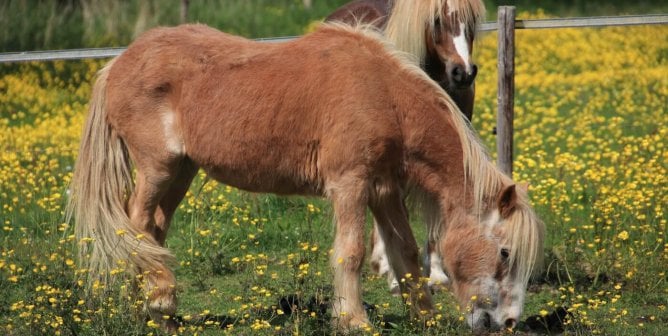