Pony rides and live carousels—you’ll find them at county fairs and circuses, in mall parking lots, and at children’s birthday parties. Regardless of the location, they always include ponies tethered on turnstiles or in hastily erected tents, desolately plodding in endless circles. 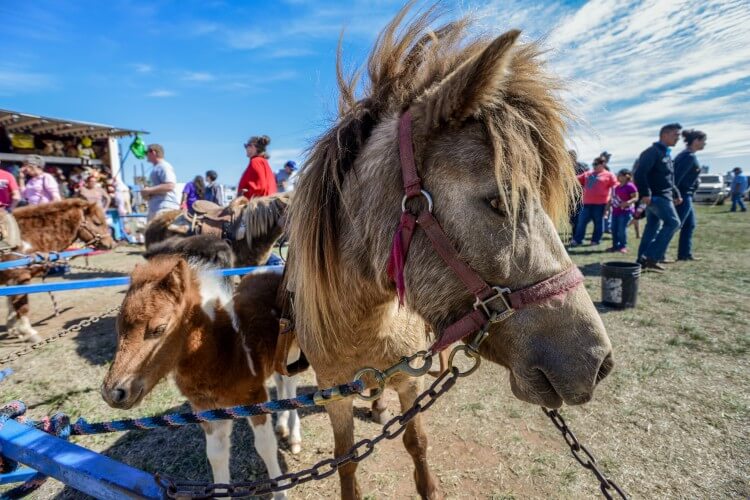 Ponies are cheap to procure. They’re hardy, stoic, and calm, and they have tremendous “kiddie appeal.” But beneath their gentle demeanor and innocent charm is a world of hurt.

Ponies can suffer from hoof ailments, saddle sores, and mouth and teeth problems, resulting from ill-fitting or carelessly rigged tackle. Since pony turnstiles are common on the summer fair circuit, ponies are often forced to spend hours working in the scorching heat. Water may be withheld from the animals—to prevent unsightly “accidents.” It’s often cheaper to replace worn out or sick animals than provide proper veterinary care, so operators may work ponies until they drop. 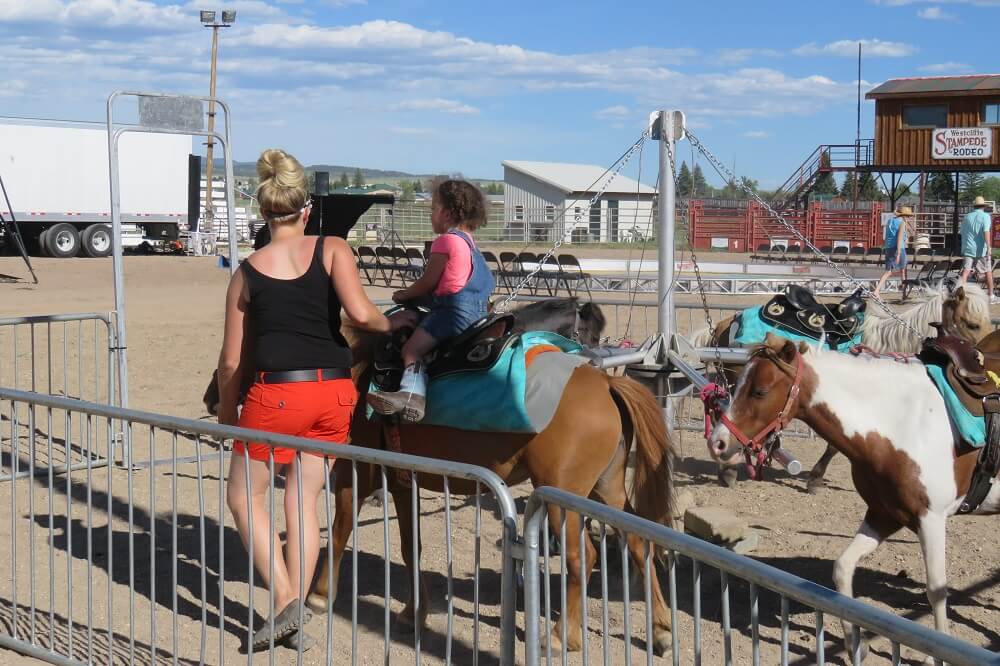 Intentionally or not, overly excited kids can be rough. Ponies may be hit or kicked, and their tails and manes may be pulled. They may suffer from soreness and chafing from kids tugging on their halters all day long. When an event is over, there’s little respite: The animals are loaded onto tractor-trailers and hauled like freight to the next venue, or they may be tethered in barns to await the next outing.

Busy operators who spend the season traveling from one venue to the next typically don’t spend the time or have the resources to attend to sick or injured animals or bother to unload them during lengthy periods of travel to give them proper rest. 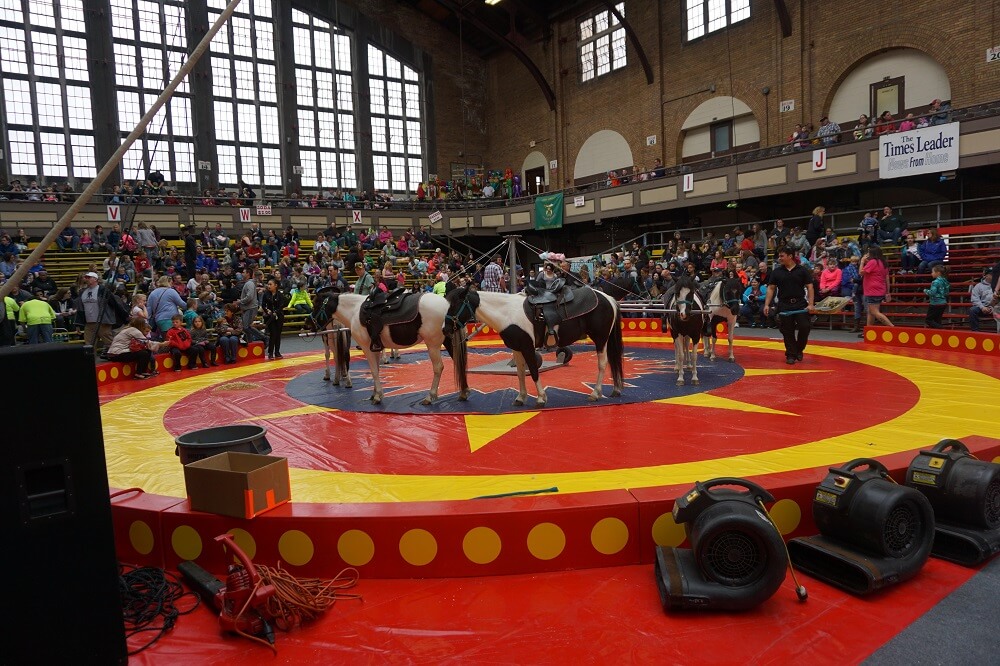 It’s impossible to know how many ponies suffer or even die en route from event to event, because for the most part, no one is watching. No federal law regulates their care or treatment. In fact, horses and ponies are specifically excluded from protection under the federal Animal Welfare Act.

In 2017, authorities ordered Kelly Miller Circus to stop using a pony named Miley who had a very painful, advanced form of laminitis known as “founder,” which occurs when there’s chronic inflammation of the tissue between the bone and the hoof wall. Hitched to a carousel and forced to give rides, she had no relief from the pain that this condition was causing.

In 2018, animal exhibitor Joel Faulk came under fire when animal services ticketed him for failing to provide six ponies with adequate care and shelter. He had left the animals on asphalt in 89-degree temperatures in direct sunlight, without access to shade.

Trust your instincts: If you see a pony—or any animal—in distress, don’t hesitate to take action.

If you see a pony ride operation, please voice your objections to the sponsors of the event and to the management of the fair or facility where it’s set up. Ask them to leave pony rides out of the festivities.

Although no federal law protects these animals, every state in the U.S. has laws prohibiting the cruel treatment of animals. The definition of cruelty varies slightly from place to place, but in general, an animal must be provided with food, water, and shelter and cannot be mistreated.

Anyone can file a cruelty-to-animals complaint and ask for a humane officer to come check on an animal. You have the right to insist that local authorities investigate your complaint. Take photos to document animals’ conditions. If possible, try to get other witnesses to back up your complaint. Time is of the essence: Because of the transient nature of these operations, complaints must be filed quickly, before the operator moves on to another city.

Help ponies and other animals denied everything that’s natural and important to them.

Speak up for animals who are harmed, exploited, or otherwise used for entertainment at festivals, carnivals, and fairs. Using the form below, you can urge numerous festival organizers to do the right thing by leaving animals out of future events.