Each year, tens of thousands of pigeons are torn from their mates and babies, packed tightly into crates, loaded onto trucks, driven hundreds of miles away, and forced to fly back to their homes in deadly long-distance races. View PETA’s undercover investigation photos that document this illegal practice. 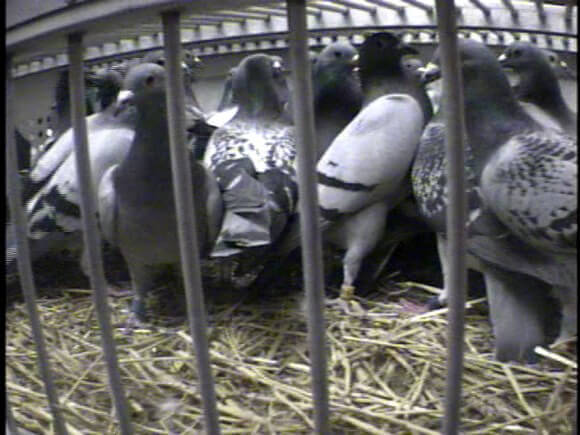 A glimpse inside the transport truck before the release for a major Bronx, New York, race.

Pigeons are released for a Bronx, New York, race.

Pigeons take to the sky for a Bronx, New York, race.

A pigeon is inspected during registration for a Bronx, New York, race. 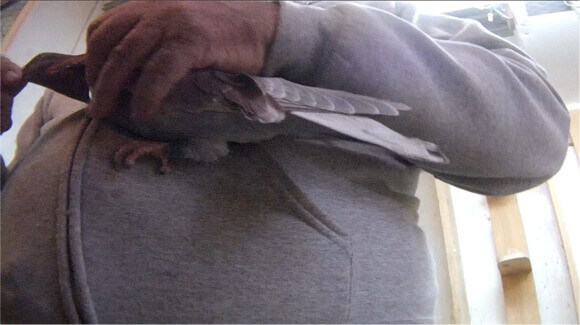 A racer stretches out a pigeon’s head.

Gamblers place their bets on a Bronx, New York, race.

Wagers are displayed before a Bronx, New York, race.

One of many betting boards at a Phoenix, Arizona, race.

Cash bets are counted before a Phoenix, Arizona, race.

Returning pigeons are herded into the racing loft after an Oklahoma City, Oklahoma race. 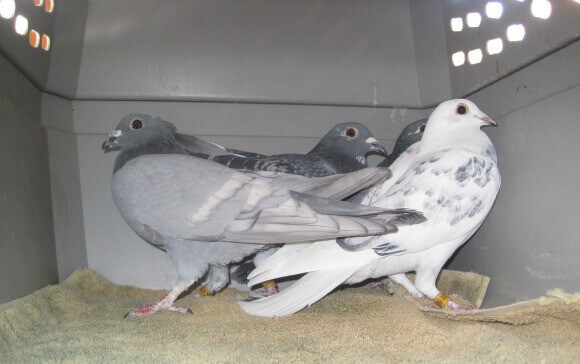 Pigeons rescued from culling (killing) arrive at a sanctuary.

Read more about the findings of our investigation, and please take a stand for the birds abused by the barbaric “sport” of pigeon-racing by urging Chiang Wen-Chuan, head of the Animal Protection Division in Taiwan’s Council of Agriculture, to prosecute any violation of the country’s Animal Protection Act in deadly ocean pigeon races.