A lifelong animal rights activist, the iconic rocker Morrissey has spent decades with cruelty-to-animal issues on his mind—and hasn’t thought twice before voicing his opinions on them. This steadfast vegetarian has inspired millions of fans to think about animal rights ever since releasing The Smiths’ Meat Is Murder album more than a quarter-century ago. 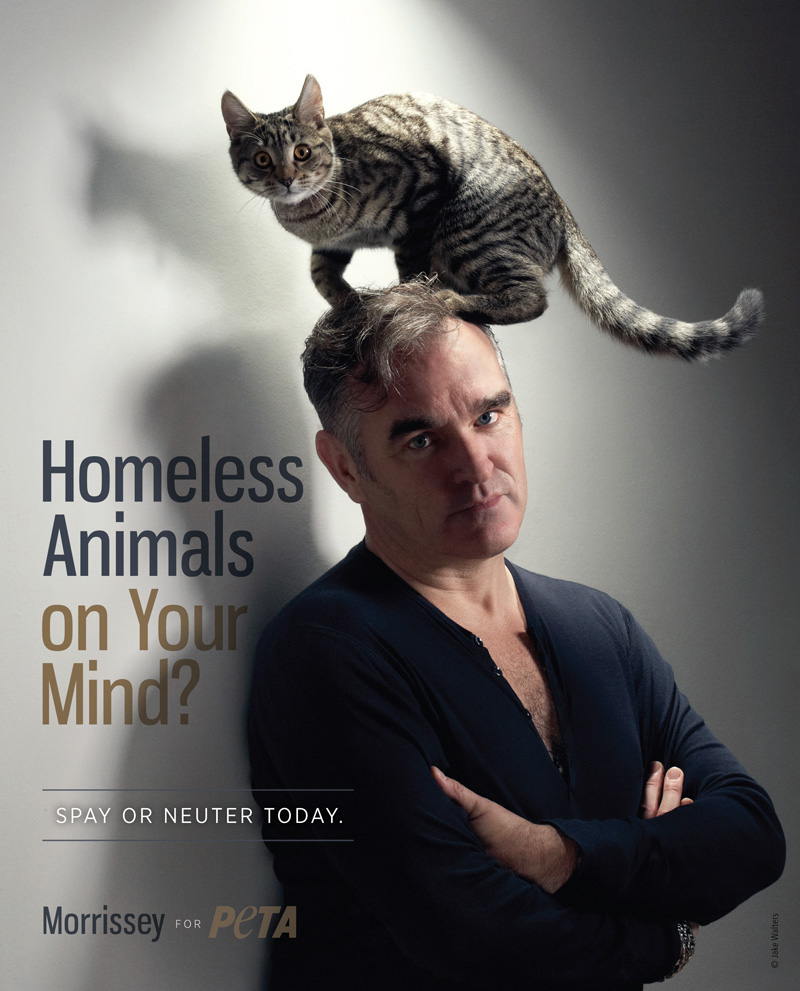 Many albums later, Morrissey continues to raise awareness about issues ranging from the fur trade to factory farm cruelty. In his ad for PETA, Morrissey asks you to help eradicate the animal overpopulation crisis by spaying and neutering your companion animals.

More than 7 million cats and dogs enter animal shelters in the U.S. every year, and more than half of them must be euthanized because there simply aren’t enough good homes for them. The ones who end up in animal shelters are the lucky ones—many homeless dogs and cats face much worse on the streets. Sterilizing animals saves lives because it prevents thousands of unwanted animals from being born, only to compete with the existing homeless population. Although no one wants to dwell on this harsh reality, Morrissey reminds us that the animal overpopulation crisis must not be ignored.