Today, it’s relatively common knowledge that orcas are highly social and sensitive beings and that marine-mammal mothers share a bond with their babies, just as human mothers do with their children. That’s why model Marisa Miller, who’s now expecting her second child, chose to expose her bare pregnant belly and raise her voice in defense of mother and baby orcas who are being held captive at SeaWorld. 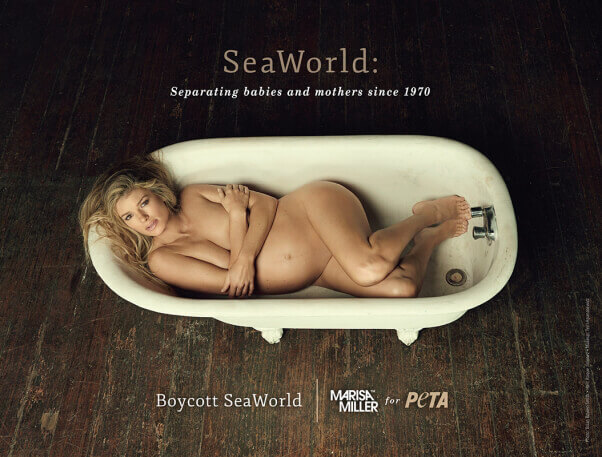 Orcas at SeaWorld are trapped inside cramped tanks. They are often inbred, and calves are torn away from their mothers.

Orcas are intelligent animals who swim up to 100 miles a day in the wild, but at SeaWorld, they’re confined to tanks that allow them to swim only 0.0001 percent of this distance.

SeaWorld is a horrible place for orcas, who endure stress, boredom, and depression in captivity. In the wild, orcas live in large social groups, often spending their entire lives with their families.

Remember: Every purchase of a SeaWorld ticket contributes directly to the suffering of these highly emotional animals. 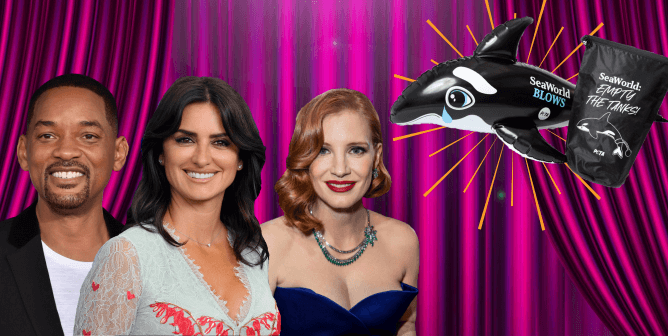 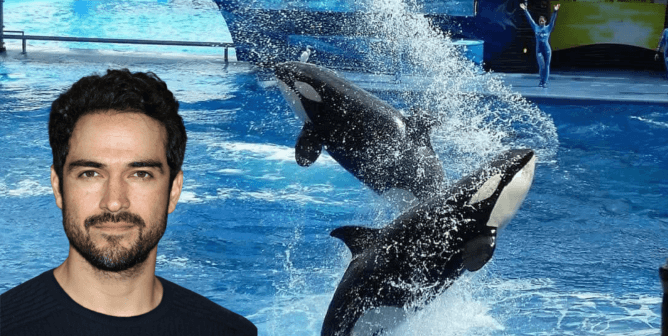