What is grass-fed butter? Well, “grass-fed” is supposed to mean that it came from cows who are fed a high-grass diet—but the term might also evoke images of happy cows roaming open fields and eating only grass. If you know anything about marketing labels used for animal-derived foods, you know that they hardly deliver on their claims and are a farce to begin with, because exploitation and slaughter are inherently cruel. But in the case of the term “grass-fed,” even the technical meaning of the label isn’t all it’s cracked up to be—no agency has even strictly enforced the term, not even the U.S. Department of Agriculture (USDA), since 2016. 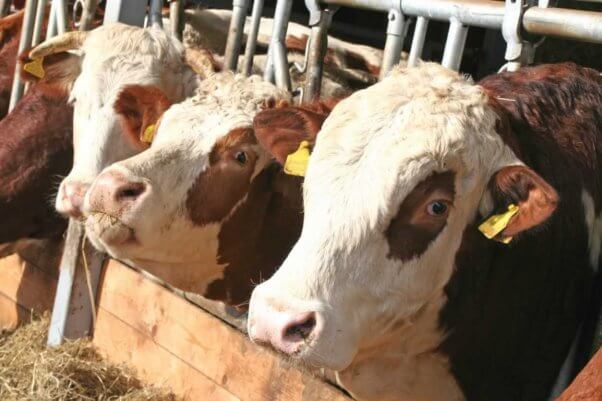 Here are six debunked myths about grass-fed butter that will have you running to the dairy-free aisle to grab some vegan spread instead:

Packaging for animal-derived foods must be approved by the Food Safety and Inspection Service (FSIS), which is part of the USDA. But the FSIS isn’t required to visit the farms that use “grass-fed” labels. All it really does is review the producer’s sample label and look over some paperwork before deciding whether to allow usage of the label—without ever having inspected the farm.

In 2016, the USDA decided it wasn’t going to regulate the term at all. That year, the agency announced that its “grass-fed” label “does not facilitate the marketing of agricultural products in a manner that is useful to stakeholders or consumers.” According to Organic Valley, a dairy company, when you see the term “grass-fed” on most dairy packages, it just means that “some of the animals’ diet came from fresh pasture or dried grasses like hay” [emphasis added]—you don’t know how much. 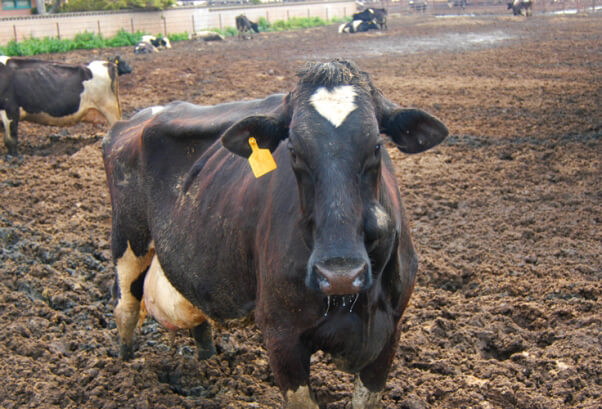 Dairy producers are able to call their goods “grass-fed” and still supplement the cows’ diets with grain or grain byproducts. And since there is no regulated definition of “grass-fed,” companies can sell dairy from cows given grains in feedlots for pasture-raised prices. Besides, since when does feeding someone grass make it OK to rape them, kidnap their babies, exploit their reproductive system, and kill them?

Back when the USDA did have a standardized definition of “grass-fed” (which it doesn’t anymore), there were still problems. “The USDA grass-fed standard focused on what cattle ate, but left out restrictions on confinement of animals and use of hormones and antibiotics that industry pioneers thought were essential to a credible grass-fed product claim,” said Matthew Buck, acting director of the Food Alliance (an independent, nonprofit third-party certifier).

Not only does a “grass-fed” label not guarantee that a cow spends any time on pastureland, being fed grass also doesn’t protect a mother cow from being forcibly inseminated (that is, raped) by a worker who sticks their arms and tools into her vagina and anus. It doesn’t stop farmers from dragging her babies away—one after the other—because a cow must become a mother before she can produce the milk that humans take to make butter. That means her male babies, who won’t be able to produce milk, are considered useless by dairy farmers and will be killed for veal or disposed of in some other way. 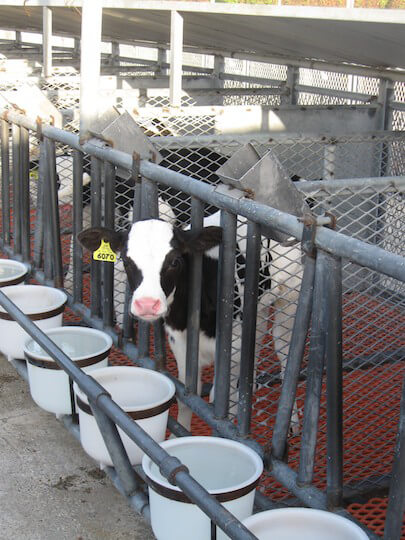 After enduring years of rape, giving birth, kidnap of her babies, and harassment, the mother’s body will start to fail. Once she can no longer be profitably exploited as a milk machine, she’ll be loaded onto a filthy, crowded truck and hauled to a slaughterhouse, where she’ll endure a terrifying, painful, and bloody death. This same system is used on factory farms, family farms, and pastureland farms. It’s not possible to exploit a female’s reproductive system “humanely.”

Cows are sensitive individuals with thoughts, feelings, and personalities. To insinuate that humans can “ethically” exploit a grieving mother cow for her milk is preposterous. Cows are known to make best friends within their herds, get excited when they solve problems, and form strong bonds with their babies. It’s not uncommon for mother cows to shed tears when farmers take their babies away—just as any human mother would.

Marketing claims that dairy foods with a “grass-fed” label are healthier than those without one are not true. While the grass-fed ones might be higher in omega-3 fatty acids, the differences are not significant enough to impact health. Instead of drowning your arteries in butter, you can absorb bioavailable omega-3s from clean, vegan DHA and EPA supplements (which, according to the National Institutes of Health, also allows you to avoid the varying levels of methyl mercury, a toxic heavy metal, found in fish oil supplements).

Dairy isn’t healthy for humans. Dairy consumption is linked to prostate and ovarian cancer, acne, bone fractures, and weight gain—to name just a few issues. Cow’s milk is perfectly suited for calves, who have four stomachs and need to gain hundreds of pounds in a matter of months. Animal milk and foods derived from it are not part of a balanced diet for adults, and cow’s milk is no more suited for humans than giraffe, rat, dog, elephant, or hippo milk is. 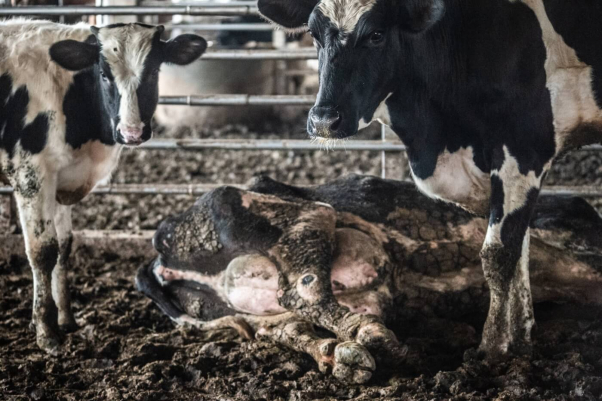 Since animals in feedlots mostly consume grains (simple sugars that require no rumination to digest), ruminants, such as cows, who are fed high-grass diets emit up to four times more methane than factory-farmed cows—that’s 400% more—according to conservative sources cited by environmental specialist Dr. Robert Goodland.

Another reason why it’s less sustainable is that pasture-raised cows occupy much more land—more than a quarter of the entire U.S. Globally, 45% of all land on Earth is used for grazing cows and growing feed for them, resulting in a lack of forestland that would have absorbed carbon in the atmosphere, had it not been cleared to make room to raise cows who are eventually slaughtered. 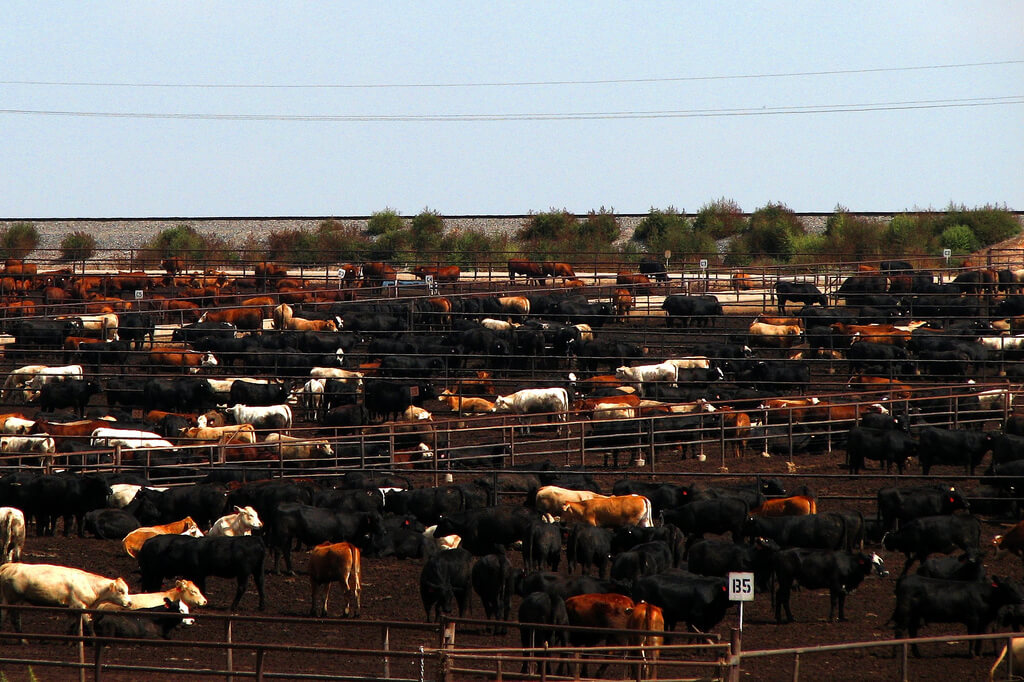 When taking into account the more active lives of free-range animals as opposed to their factory-dwelling counterparts, it makes sense that grass-fed animals consume much more water. And we’re not picking on pasture-raising—factory farming is unsustainable, too. Factory farms cause major environmental degradation, including deforestation, and are the number one cause of ocean dead zones and habitat destruction. Implying that housing, feeding, and watering animals for years—just to kill them—could ever be sustainable is absurd. The only sustainable butter is vegan butter, available at a store near you.

Low grain prices save feedlots and other concentrated animal-feeding operations (CAFOs) billions of dollars. How are the prices so low? Your taxes subsidize them! Farms that raise cows on pastureland can’t use this subsidy. So basically, factory farms charge you through your taxes and then sell butter to you at a lower price. 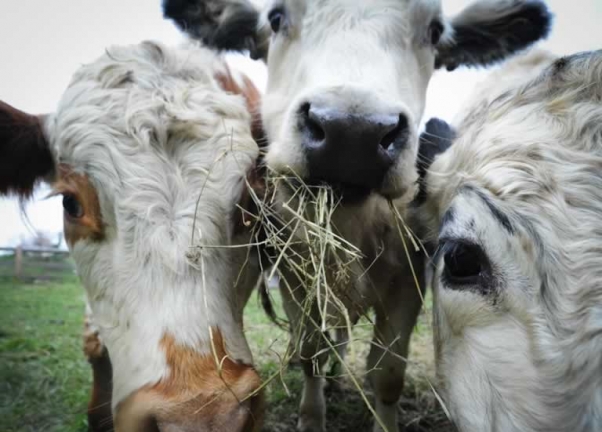 Another hair in the grass-fed butter is that federal policies also hand CAFOs billions of dollars to address their pollution problems, which arise because they confine tens of thousands of animals in a small area. Farmers with pastureland don’t qualify for these handouts, either. Instead of requiring feedlots and other CAFOs to pay for handling the animal waste and pollution responsibly, our farm policies require that taxpayers (you—whether or not you consume dairy) foot the bill. Policies like these have made feedlots and other CAFOs viable by duping the public.

The high price of “grass-fed” butter doesn’t mean that it’s of higher quality—it just means that these farms aren’t set up to receive as many handouts from the government as CAFOs are, so their higher production prices are passed on to consumers.

“Grass-fed,” “GMO-free,” and “organic” are all separate, unrelated claims, meaning that one does not guarantee or even suggest another. As most cows who are called “grass-fed” are also fed grains or corn to supplement their diets, especially during the winter when grass doesn’t grow, there is no guarantee that they aren’t fed nonorganic, grain, corn, or soy that may also be genetically modified.

“Grass-fed” labels also don’t mean that cows aren’t injected with hormones or antibiotics (which cows in crowded conditions often need in order to avoid getting sick) or administered them through their feed or water. That assurance would be under a separate label. But let’s be real: Even if the farmers don’t add hormones by giving them to the animals, butter is made from a new mother’s milk, so guess what? It contains hormones—including growth hormone (which is associated with cancer), estrogen, and progesterone. And note that soy’s effects on human hormone levels are proven to be beneficial. 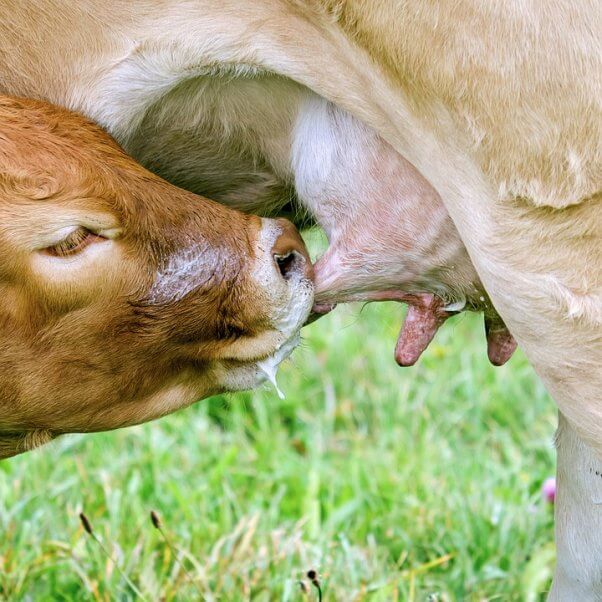 Let’s steer the conversation away from “How can we exploit other sentient beings in a humane, sustainable, and healthy way?” and instead ask, “How can anyone who’s against discrimination based on race, gender, ability, age, religion, or sexual orientation justify exploitation and abuse based on species?” Because animal agriculture is inherently cruel, unhealthy, unsustainable, and speciesist.

Tricking consumers is the dairy industry’s bread and butter. A claim about an animal’s diet doesn’t speak to the way they’re treated, their living conditions, or the violent way in which they’re slaughtered. The only ethical and sustainable butter that you can trust is vegan butter, which is cholesterol-free, contains plant-derived ingredients that you can read for yourself, and won’t have you supporting the cruelty behind “grass-fed” butter.