What Is Obsessive-Compulsive Disorder?

Obsessive-compulsive disorder (OCD) is a chronic and long-lasting mental health condition characterized by obsessions (uncontrollable, recurring thoughts) and compulsions (repetitive behavior). These symptoms impact all aspects of a person’s life, including social and family relationships, work performance, and health.

OCD is a fairly common disorder that affects about 2.3% of adult Americans. Half of those with OCD experience severe disability, as obsessions and compulsions can hinder or prevent them from completing even basic activities, such as getting dressed or eating. Half of this population will also experience suicidal thoughts, and as many as 15% will attempt suicide.

Symptoms of mental disorders that are artificially induced in animals in a laboratory—whether they be mice or monkeys—are never identical to those that occur in humans. That is especially true for OCD, as its physiological and psychological causes are still unknown, and many people living with OCD experience only limited relief of symptoms or are treatment resistant.

Can Animals Have OCD?

As far as we know, the full array of symptoms of OCD seen in humans cannot be recreated in experiments on animals. All experimenters do is mimic the compulsive part of the disorder—skipping the actual cause of the behavior—and that’s probably why many of the findings from animal experiments have not translated to human trials. 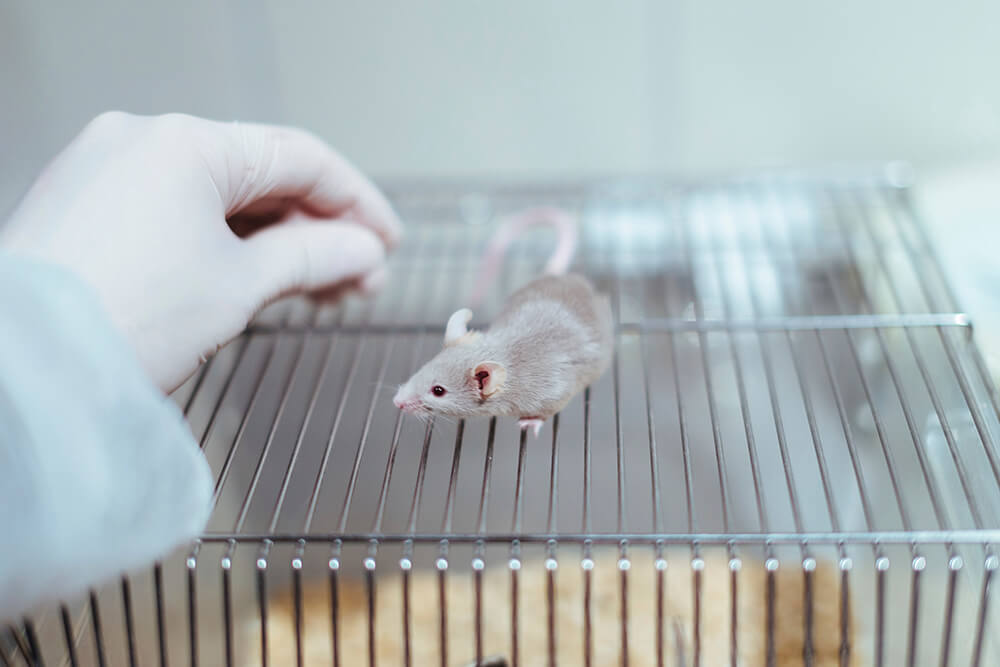 Spontaneous animal models use naturally occurring behavior, such as marble burying, compulsive checking, or nest shredding in mice. In some cases, scientists have observed that animals living in natural environments perform specific movement rituals that become mentally ingrained and almost automatic, allowing them to focus their conscious attention on tasks that are more important for their survival. Most of this compulsive-like behavior has limited use because of its unpredictability.

In the marble-burying assay (MBT), experimenters place 20 marbles on the surface of clean bedding and observe how many marbles a mouse will bury in a 30-minute session. Mice that bury more marbles than average are said to have repetitive-like behavior, but that’s where it gets complicated. Because the test is inexpensive and relatively easy, experimenters also use it to study many other human illnesses besides OCD—including Alzheimer’s disease and anxiety—and among these different fields, experimenters interpret their findings differently, making the data useless, especially as a screening tool for new treatments.

According to one report on the MBT, “[T]he findings from marble-burying investigations as they have been reported up to now have been inconsistent and often contradictory, and therefore have not contributed much in terms of translational usefulness.”

In induced animal models, rats and mice are injected with drugs, such as dopamine, that cause them to mimic compulsive-like behavior. In the most-studied animal models of OCD—called 8-OH-DPAT–induced decreased alternation—experimenters inject a mouse or a rat with a compound that reduces their natural tendency to explore new environments. According to many researchers, this model focuses on a very narrow aspect of compulsion—perseverance—which is often observed in other distinct disorders, such as Parkinson’s disease and schizophrenia. Experts have remarked that “the face validity of the model is questionable.”

Genetically modified mice show other severe behavioral and brain changes that are not related to OCD, causing many researches to argue “that these models should not be considered real models of OCD.” The most common model is the SAPAP3 mutant mouse, who exhibits excessive self-grooming starting at 4 to 6 months of age. These seemingly stressed animals keep cleaning their faces until they lose all the facial hair and the skin on their head bleeds.

Despite the limitations and criticism, experimenters continue using cruel animal tests to draw flawed conclusions—ruining OCD patients’ hopes for new treatments. Despite the fact that 95% of all new drugs that test safe and effective in animal tests fail or cause harm in human clinical trials and that the failure rate of new drugs developed using animals in specific disease research areas exceeds 95%, animals are still used.

The future of OCD research is not in watching mice burying marbles but in developing algorithms that can personalize treatment for individual patients and involving OCD patients in research.

Thanks to research conducted with human patients, we have learned much about OCD in recent years. Findings from neuroimaging scans from large group studies have allowed scientists to understand which parts of the brain OCD affects and provided insights into what may cause it.

Critically, funds must also be shifted away from animal experiments and toward providing patients with greater access to mental health care.