March is Women’s History Month, and PETA is celebrating not only women but also females of all other species! No social justice issue stands alone, and the pursuit of equal rights for women must be intersectional if we want to see a real shift in society. For those of us who identify as a feminist (and everyone should), it follows to support equality for all and avoid contributing to the exploitation of female bodies this Women’s History Month and beyond, no matter the species.

Here are five ways you can take action to help end the oppression of exploited animals this Women’s History Month:

Animals used for food are forcibly impregnated and exploited for their reproductive systems. A mother pig is locked in a gestation crate or farrowing crate for a large portion of her adult life and repeatedly inseminated, only to see her babies torn away from her. A mother cow’s baby is kidnapped shortly after birth, and she’s assaulted for her milk. A hen is caged in a filthy shed, and all her eggs are stolen from her. Once these animals can no longer be used for profit, they’re deemed worthless and slaughtered.

Ditching meat, dairy, and eggs means taking a stand against the exploitation of animals for their reproductive system. After all, we’re animals, too, and we wouldn’t want anyone doing these things to us.

Every year, each of the seven NPRCs receives tens of millions of taxpayer dollars via the National Institutes of Health. They spend the money on taking infant and juvenile monkeys from their mothers—causing immeasurable anguish for both—and using them in invasive, painful, distressing, and very often deadly experiments. NPRC experimenters cut open animals’ skulls in brain studies, starve them in diet studies, infect them with Zika and other diseases, and worse. Not only are these experiments unethical, they’re also failing to lead to any treatments or vaccines.

Take Action to Help Shut Down the NPRCs

Dog breeders churn out litter after litter to make money. Imagine being forced to be pregnant and give birth, only for your babies to be kidnapped a few weeks after they’re born. Siblings who would’ve spent their lives together if given the chance are separated and sent home with anyone holding a credit card. When you put yourself in the place of the mother dogs used for breeding, it’s obvious why treating them like baby-making machines is so wrong—especially with 70 million homeless cats and dogs in the U.S., partially as a result of negligent owners’ failure to have their animals spayed or neutered.

Spread the Word: 10 Reasons Not to Buy a Dog

4. Ditch Wool and All Other Animal-Derived Materials

In the wool industry, shearers have punched, kicked, cut, and stomped on sheep—we’ve got it on video from 117 farms in six countries on four continents. All wool operations are bad, because no wool is ours to take, and the cruelty that’s so rampant in this industry makes it even worse.

In 2015, an eyewitness working on a farm in South Australia saw a supervisor slamming a lamb against a wooden floor and throwing the young animal in a paddock to die. One worker kicked a sheep in the face; said to the animal, “You lay down again, you cunt, I’ll kill you”; and jammed his finger into the anuses of two other sheep to drive them up a ramp to the shearing stand. In another instance, shearers called sheep “cunt” and “slut.” A shearer told a lamb he would “shove [the shearing clippers] up your [ass].” This is how wool-industry workers are accustomed to treating female bodies. In Victoria, Australia, one sheep was likely in labor when a shearer cut her on her vaginal prolapse—which was the size of a melon—with sharp metal clippers. When he was done with her, he used her own wool to wipe her blood off the floor. Workers impregnate female sheep against their will to keep the victims flowing, and consumers pay for wool products, perpetuating the vicious cycle of abuse and exploitation. Don’t contribute to it.

5. Never Go to SeaWorld or Other Marine Parks

SeaWorld has zero respect for mothers, babies, or families. Katina, an orca who was separated from her mother, Katerina, at age 2, was repeatedly forced to give birth. Only two of her seven children survived, one of whom she produced with her own son (Taku). Luna, a beluga whale who’s been imprisoned by SeaWorld for over two decades, has been repeatedly impregnated and has given birth to three calves. In order to make her conceive her first calf, workers sexually abused her by forcibly impregnating her with the sperm of Nanuq, another beluga whale who was a victim of SeaWorld’s sordid breeding program. Nanuq was abducted from his ocean home at age 6 and was removed from the water roughly 42 times by semen-thirsty SeaWorld workers who used his sperm to make 13 babies—six of whom died at birth or shortly after. Female bottlenose dolphins are still being torn out of the water and sometimes drugged so that they can’t fight back while staff force tubes filled with semen into their uteruses. Orcas, other dolphins, and beluga whales are highly intelligent mammals who love their babies, form complex and meaningful relationships, and stay close to their families. SeaWorld is nothing but an abusement park company built on the exploitation of animals.

Social justice must be inclusive—and since the desire for freedom isn’t a human-specific trait, our activism and pursuit of equal consideration must include animals, too. Women deserve equal rights, just as other species deserve freedom, equal consideration, and autonomy over their own bodies and lives. Let’s make history by standing up to dismantle the systemic sexist exploitation of all female bodies this Women’s History Month and every day after. 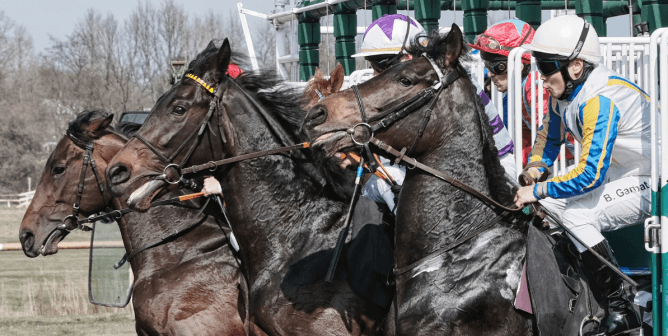