Crows remember faces, hold grudges, and are fiercely loyal family members. They mate for life, use tools, and continue learning into old age. So why are some experimenters kidnapping these gentle birds from their homes and families, tormenting them in useless experiments, and killing them as though their lives didn’t matter? Read on to learn how remarkable crows truly are and how you can help PETA save them. 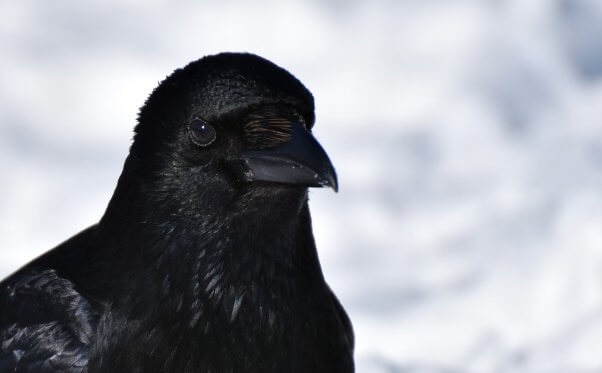 Many people likely lump these birds into one group, but there are actually about 40 different species of crows worldwide. And while they’re generally solid black, some are a beautiful mix of black and white. 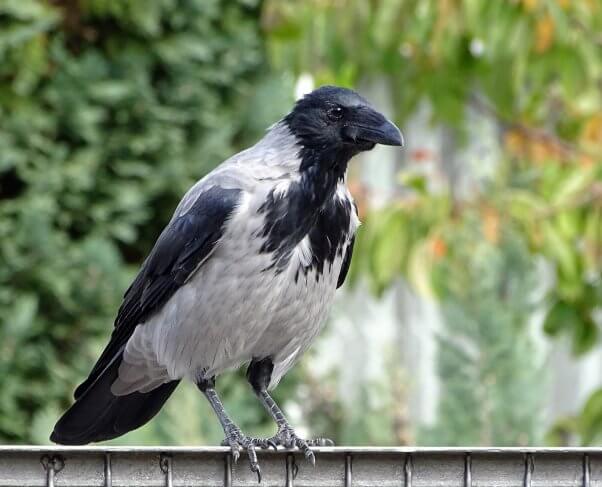 Like most animals, crows are social butterflies who love being surrounded by friends and family. They live in large extended family groups and learn each other’s distinctive calls, much as humans and other animals recognize different voices.

Parents mate for life, and some crow couples spend decades together. Babies stay with their parents for about seven years, and older crows in the family help both parents with childcare in what scientists call “cooperative breeding.” Crow families work together to build their nests, but it’s the females who have the final say about how they should be built.

Crows exhibit empathy and compassion and have been seen helping one another. In just one documented instance, two crows ushered a bird with an injured wing to safety. 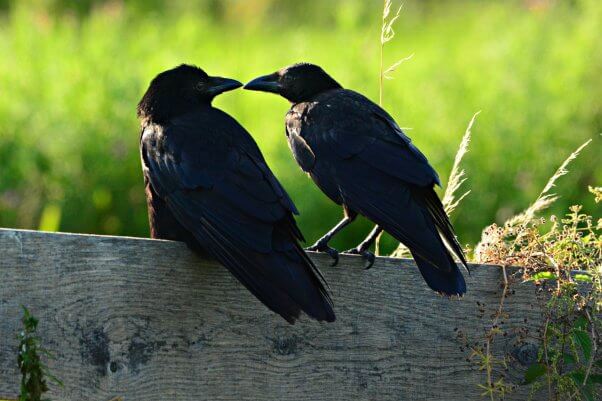 Crows’ brains are more than 2.5% of their body mass, the largest percentage of any bird species. (A human brain is just 1.9% of our body mass.) Also, unlike humans, crows continually create new brain cells, so it’s not surprising that they continue learning as they age. 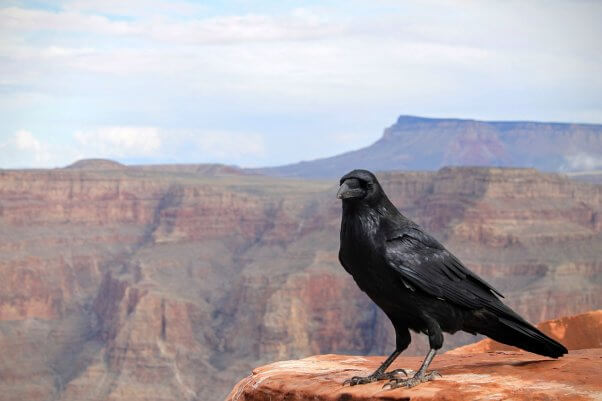 Crows recognize and remember human faces, and they’ve been known to bring “presents”—such as beads, small metal or wooden objects, bottle caps, pennies, or paper clips—to humans who were kind to them or offered them food. By contrast, humans who have been unkind to them could be in for a tongue-lashing or even a dive-bombing. And you might not like everything they have to say: Crows who spend time around humans can imitate some human words. 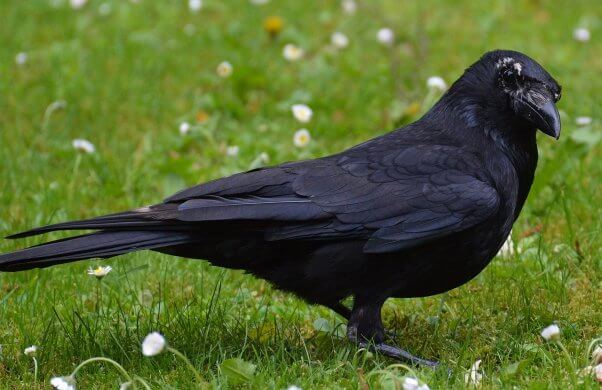 Crows also use their powerful brains for play. They’ve been known to “surf” on air streams, play “football” with objects that they’ve found, or even play a game that’s similar to “king of the hill.” Some crows have used plastic lids as sleds. These birds may even befriend and play with dogs and cats: One famous individual in Massachusetts kept a stray kitten alive and then continued to visit and play with him after he’d been adopted.

These birds are also phenomenal problem solvers and are exceptional at finding, modifying, and using tools. They will even use one tool to access a more effective one and have been known to save tools that they’ve found useful in the past. One well-known crafty Canadian crow named Canuck even stole a knife from a crime scene. In Washington, crows drop shellfish onto roads just before the Puget Sound ferry arrives. When the incoming cars crush the shells, the savvy birds feast. And in Japan, crows use traffic lights in a similar way. 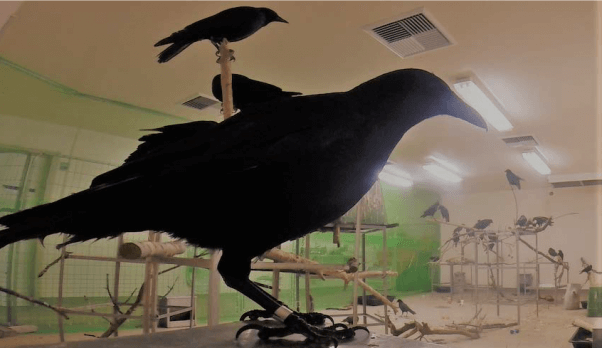 If flocks of crows were to choose one person to dive-bomb, Colorado State University (CSU) experimenter Gregory Ebel would be a top contender. Evil, sorry, Ebel has spent 13 years capturing crows and other birds from their homes and families in nature, holding them captive in his laboratory, infecting them with West Nile virus, tormenting them in curiosity-driven experiments, and killing them. After all this time, he has failed to develop a cure, a vaccine, or any clinical treatments for the disease, for either birds or humans.

PETA is calling on CSU to pull the plug on Ebel’s cruel and pointless experiments and to spare these birds, who value their freedom, families, and lives every bit as much as humans value ours.

You can help. Urge CSU to do the right thing by ending Ebel’s abusive, worthless experiments right now.

Speak Up for Crows

Avian enthusiasts or anyone intrigued by animals can learn more about these fascinating birds from Dr. John Marzluff’s book Gifts of the Crow.