Browse the photos below for a glimpse into Ben’s heartbreaking life at Jambbas Ranch and the eventual triumph of justice after a court ordered that he be transferred to a sanctuary.

At Jambbas, Ben was held in this barren cage, where he constantly paced back and forth and pushed and chewed at his cage walls—all forms of abnormal behavior called “stereotypies,” caused by a lack of mental stimulation. He was frequently seen pawing at the fence when visitors were present, which a bear expert explained was his way of asking to be let out. 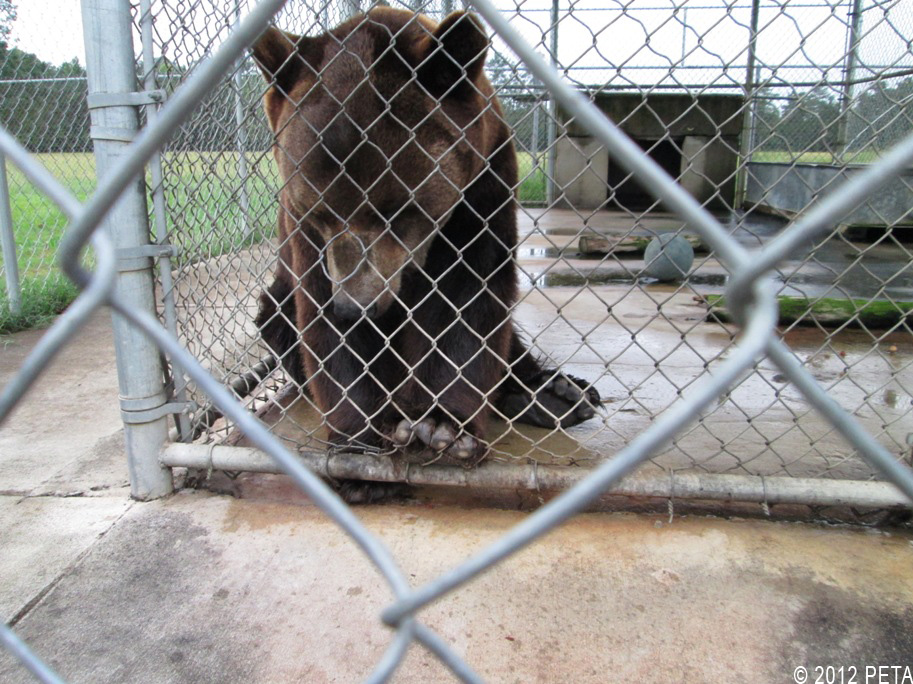 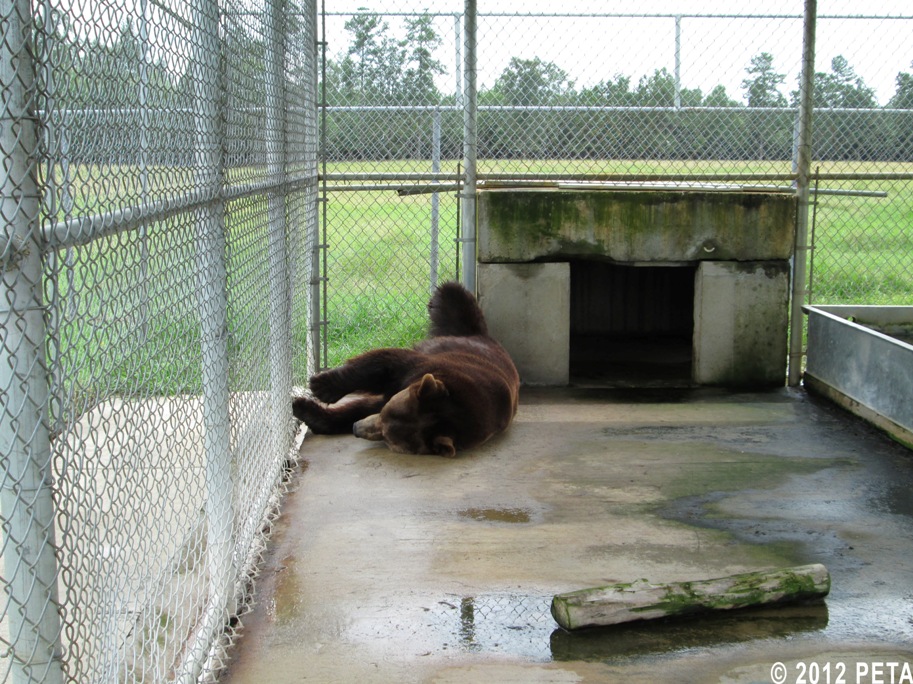 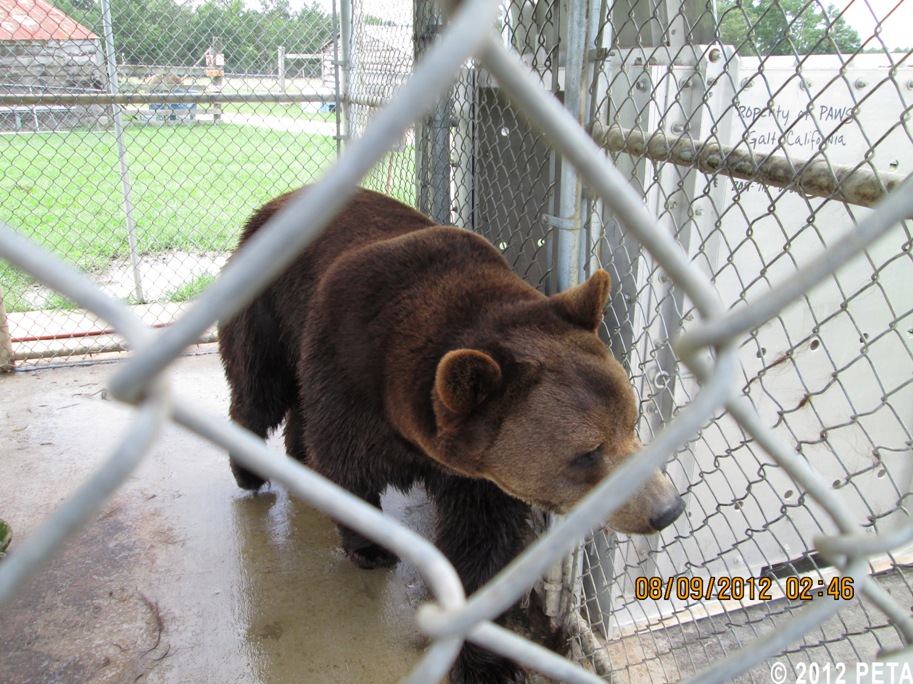 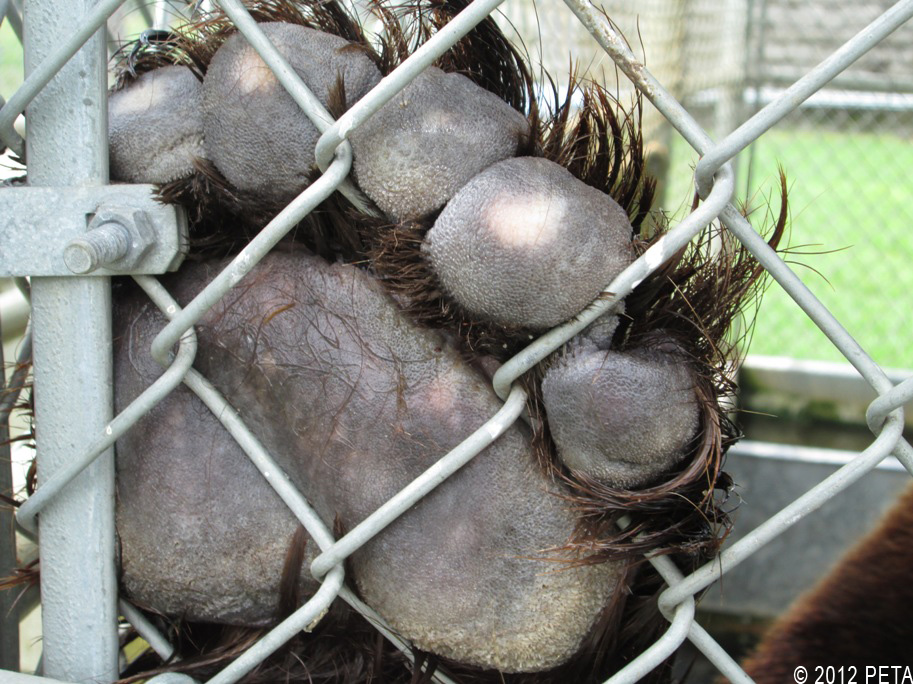 Concerned citizens, with the support of PETA and the Animal Legal Defense Fund, sought relief for the suffering bear. 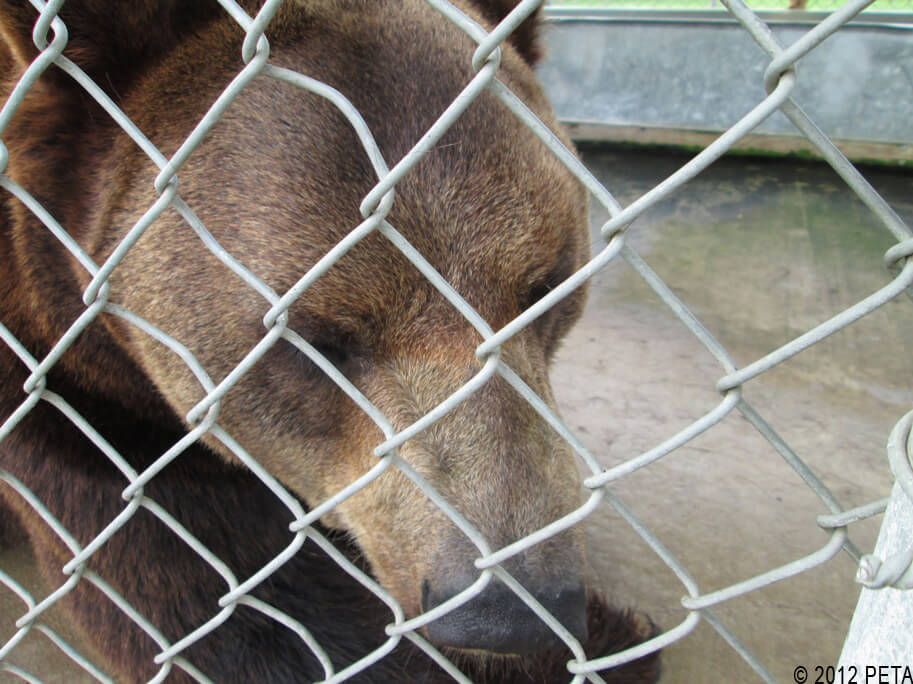 Judge Kimbrell Tucker found that Ben’s needs were “not being met dietarily, veterinarily, and, most importantly, environmentally” and called Ben’s enclosure at Jambbas “a 12-by-22 concrete chain link fence dog run” that did “not meet the requirements … for this bear’s health and well-being.” 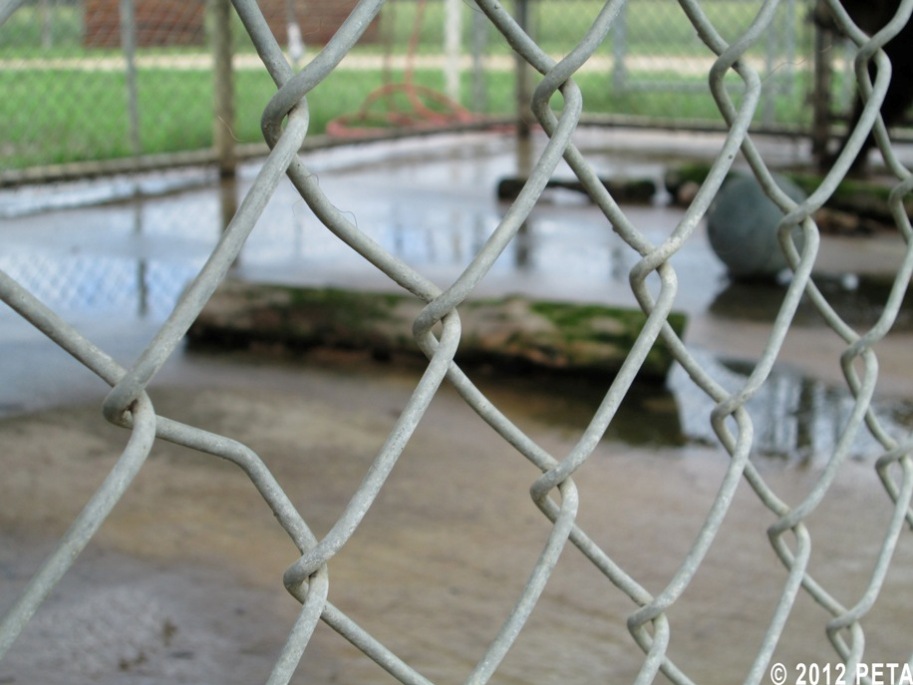 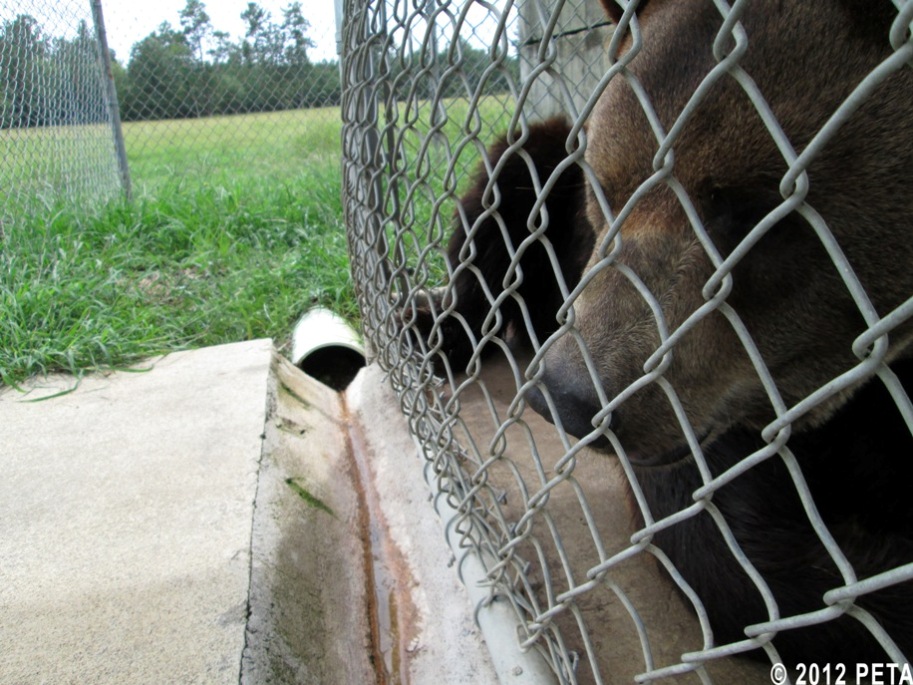 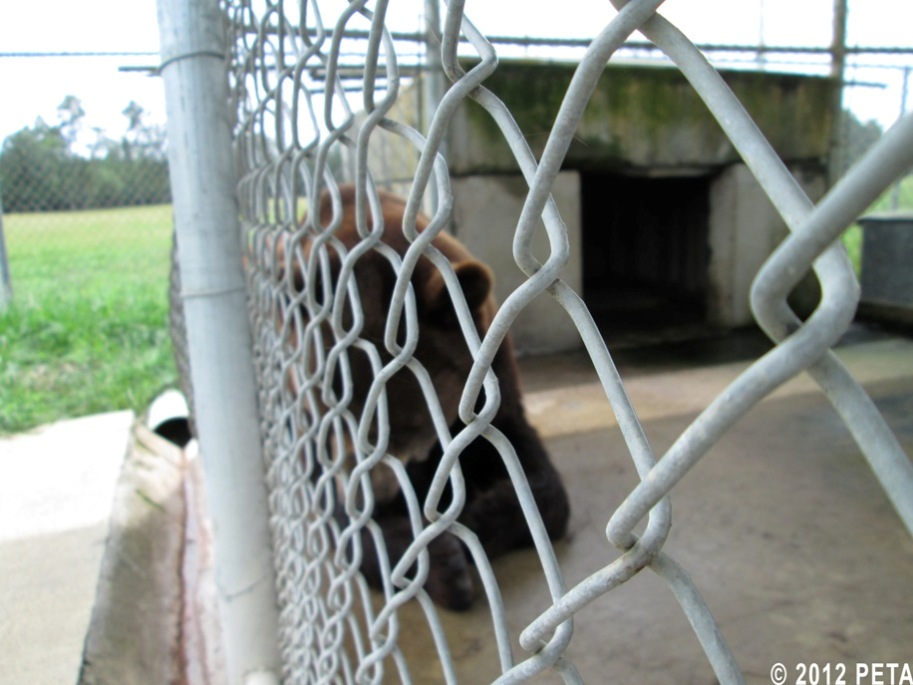 With the assistance of FedEx, Ben was transported across the country in climate-controlled safety and accompanied by the transport team to his new sanctuary home. The flight crew dubbed their mission “Bear Force One.” 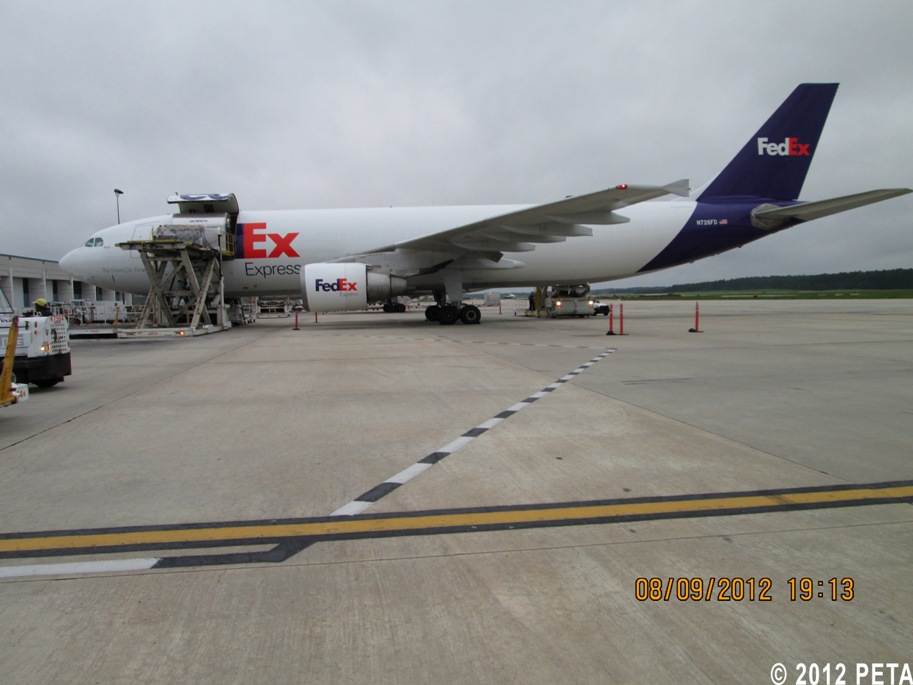 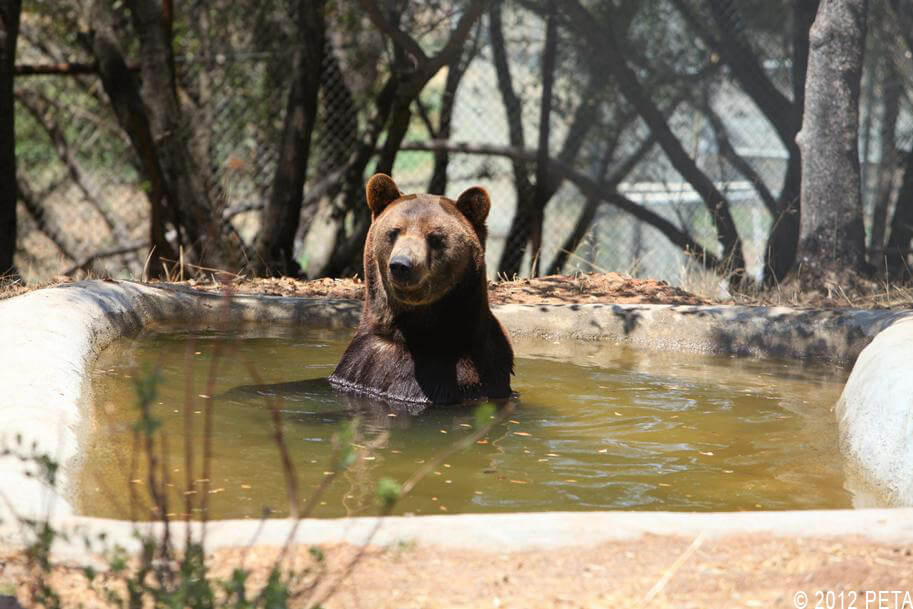 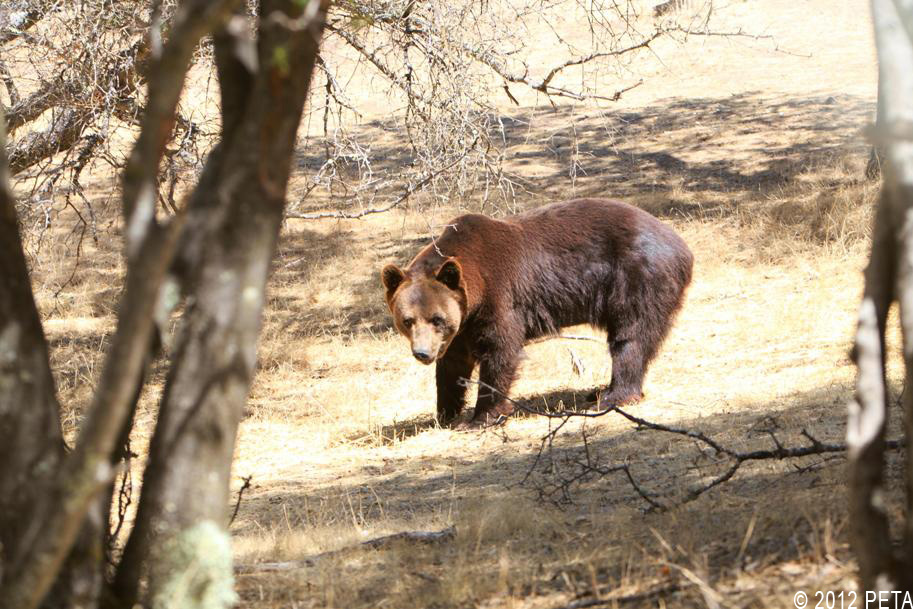