Although badgers are very social, they live mostly secret lives in underground homes and are nocturnal, emerging at night to forage for food and play with their brothers and sisters. These furry mammals are beloved around the world, from the “Badger State” of Wisconsin to the U.K., where it’s illegal to harm or kill them. 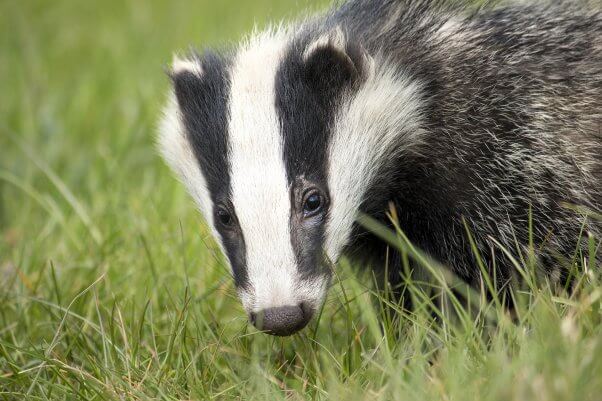 Badgers belong with their families in burrows. On fur factory farms, these social animals are deprived of the opportunity to dig, choose mates, or do anything else that would make their lives worth living. In the badger-hair industry, animals are caged and kept in filthy conditions before workers beat them and slit their throats. After reading these facts about badgers, please take action to save their lives.

1. Just like humans, badgers live in homes with their families and love spending time with relatives. They have a strong sense of community with their immediate family.

2. Badgers’ keen sense of smell is about 800 times sharper than our own. 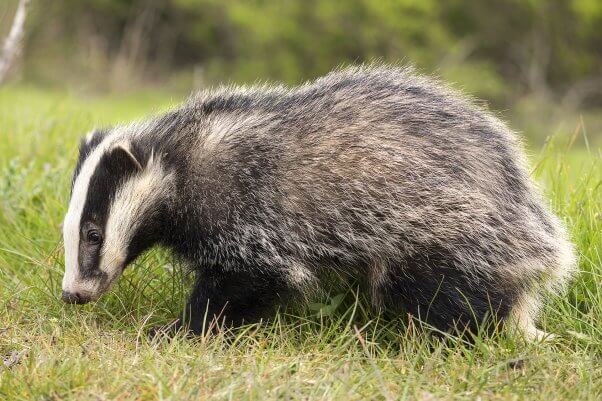 3. Perhaps because of their powerful noses, badgers keep their homes in tip-top shape by creating a latrine pit as a bathroom. They won’t defecate in their homes, instead making a pit out of dried grass and leaves just outside their burrow.

4. Badgers use grass for another reason, too: as bedding. They love to get cozy in their homes. They change their bedding daily, disposing of old leaves outside and bringing in a fresh new bundle to sleep on. 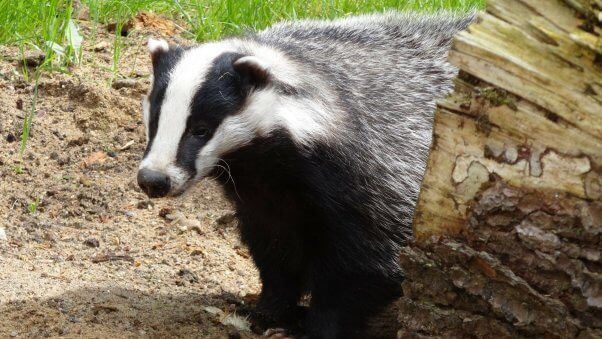 5. Some badger homes are over 100 years old and are passed down to future generations. These underground burrows, known as “setts,” have up to 40 entrances and many meters of tunnels.

6. Badgers comfort their young during thunderstorms. In one sett, after a huge clap of thunder, a 6-month-old cub was observed putting his paws over his ears. In a sweet gesture, other badgers sat around the cub to comfort him.

7. Brilliant badgers spend up to 70% of their time underground, so not many of us get the pleasure of seeing them in their natural habitats. But we all must speak up for these animals, who are often abused for their hair. Here’s why badgers desperately need our help:

Why You Should Never Buy Badger-Hair Brushes 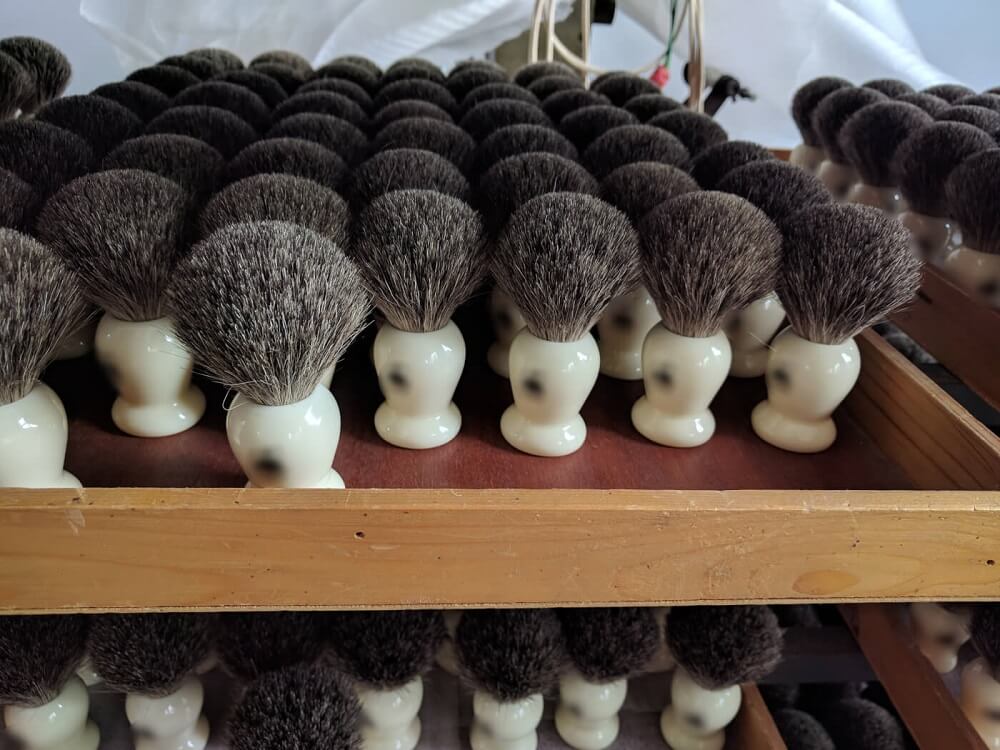 PETA Asia’s recent eyewitness investigation in China revealed that terrified badgers were confined to cramped, filthy cages, where they went insane from living in intensive confinement. On every farm they visited, they documented hellish living conditions. 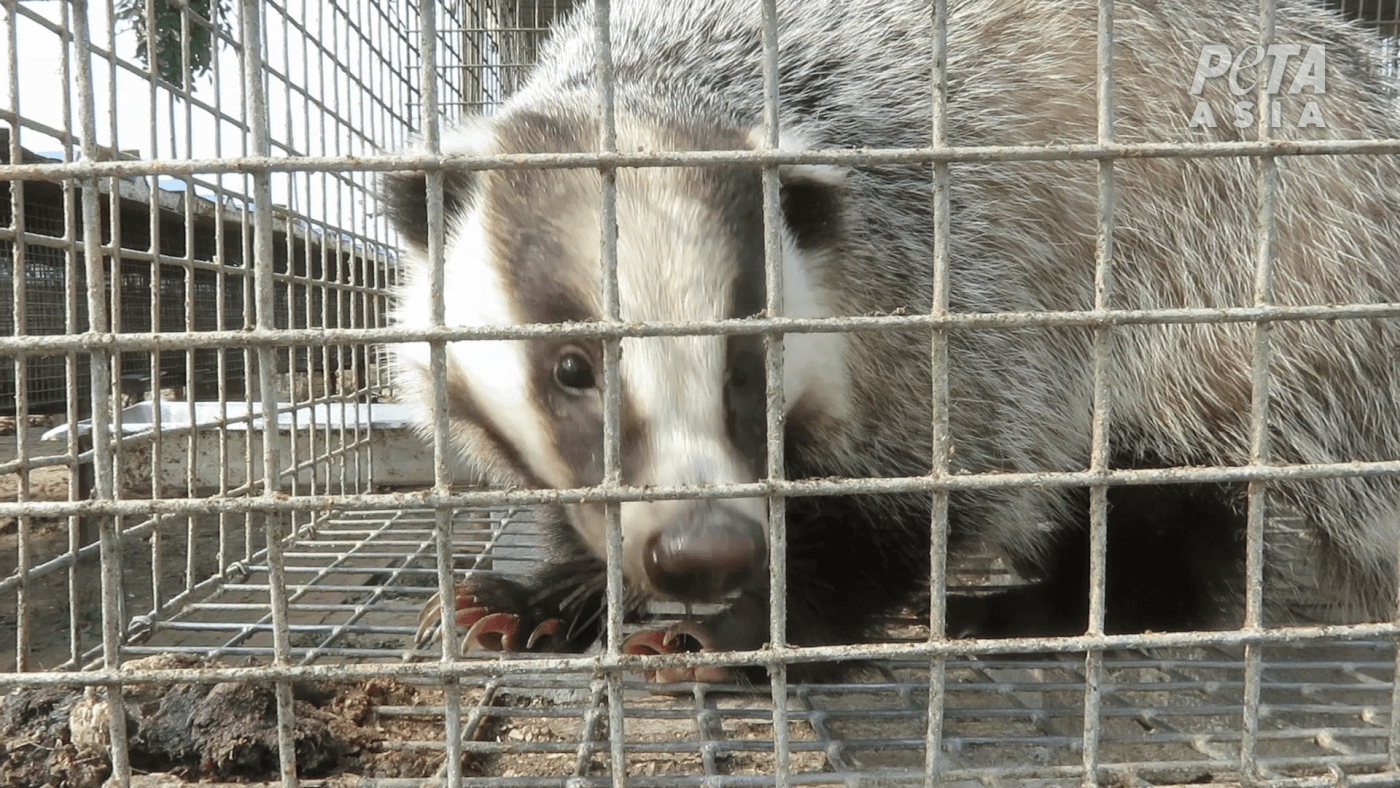 Many of the suffering animals had untreated wounds, and in one case, a badger was missing a leg. At the end of their short, miserable lives, slaughterhouse workers bludgeoned screaming badgers with whatever object was handy, including a chair leg. One was seen struggling a full minute after his throat was cut open.

After PETA shared the shocking footage, nearly 100 brands banned badger hair, including L’Oréal Group, which also banned goat and all other animal hair. This is a huge victory from the largest cosmetics and beauty company in the world—but some companies still profit from this horrific abuse.

Every badger-hair brush comes from a sensitive animal who endured a terrifying death. There’s simply no acceptable reason to use animal-hair brushes, especially when there are so many high-quality vegan brushes available. Please buy only animal-free brushes. Urge Dick Blick Art Materials and other companies to drop badger-hair brushes immediately in favor of animal-free options: 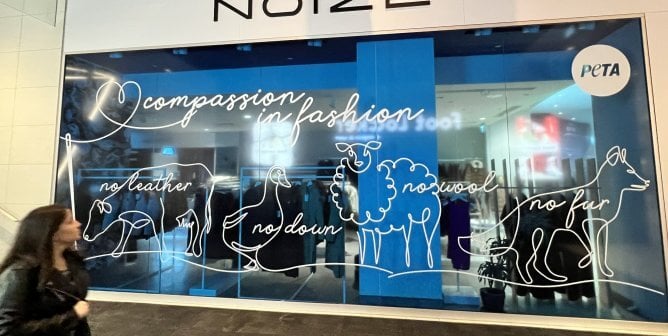