Are you looking to make the world cruelty-free and help animals? Lots of baby boomers are putting their experience and job skills to work to help animals. 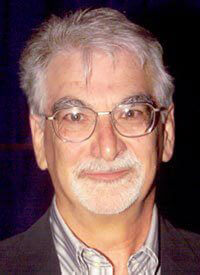 Steve worked for 30 years as a high-level corporate negotiator. But he didn’t get involved with PETA until 10 years ago, when his son Aaron asked him to help with PETA’s campaign to convince fast-food giant McDonald’s to change the way animals are raised and killed for its thousands of restaurants.

As Steve became more involved with PETA, he realized that while demonstrating and protesting were fine, his skills could better be used helping with tough negotiations with those in control of the industries that his son and PETA were protesting.

Steve has continued his invaluable work as a volunteer with PETA, and he has successfully led negotiations with more fast-food outlets, meat and poultry producers, retail companies, and other companies, bringing about concessions that have saved millions of animals from inhumane slaughter, caging, and other common barbaric farming practices.

After seeing chicken slaughterhouse footage from a PETA undercover video on the news, Beverly contacted PETA to ask what she should do about stock she owned in the company responsible for the abuse. PETA used Beverly’s stock to submit a shareholder resolution calling for an animal welfare review at the company’s annual meeting.

While we often imagine demonstrations and people with poster signs when we think about animal activism, today’s tools of change include a variety of approaches—such as sponsoring shareholder resolutions, reporting animal abuse while traveling, taking vegan cooking classes, and sharing meatless fare with your friends.

As your work and family responsibilities change, use your time to care about animals who desperately need you. Stay active, and make a difference. Use your time and energy, your knowledge and skills, your resources, and your network of friends and relatives to bring about a kinder world for animals.

Stay up-to-date on the latest news and tips for helping animals by signing up for PETA’s News, and pledge to do one action a day to help animals. It is never too late to change the world for the better!