Actor and bestselling author Alicia Silverstone is a known advocate for animals and has sworn off wool clothing and other wool products by declaring that she’d rather go naked than wear anything made from the coat or skin of any animal. 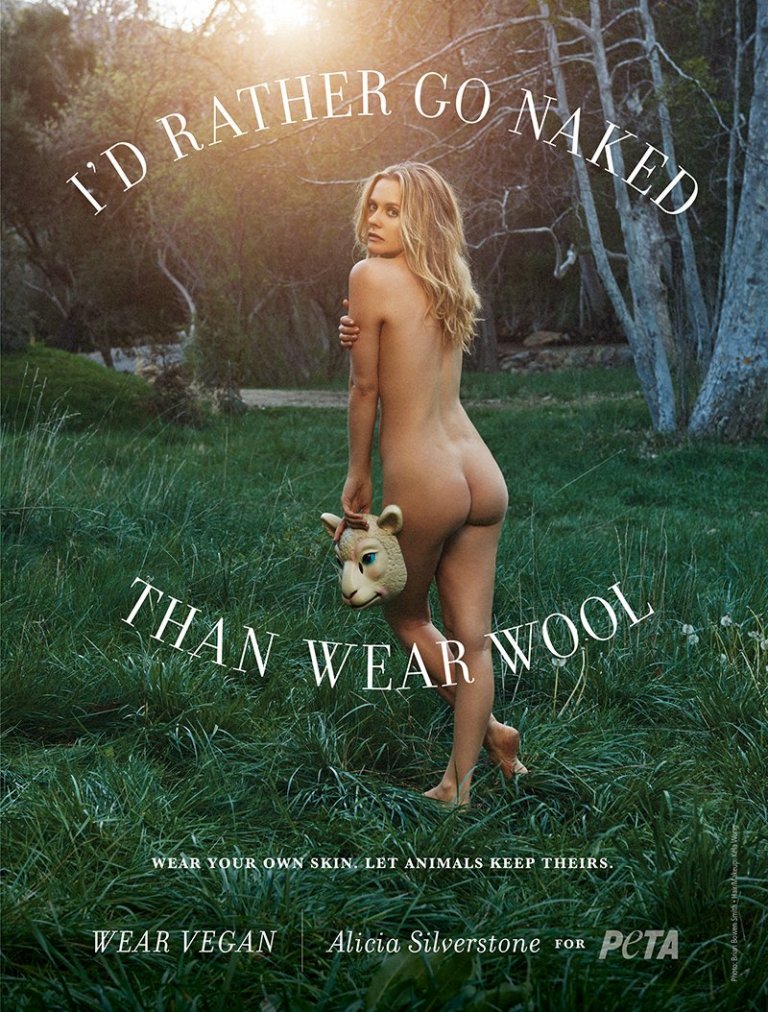 Sheep are known for being docile, gentle animals, making their abuse even more unbearable to imagine. Just like cows and dogs in the cruel leather industry and rabbits in the angora industry, sheep raised for wool suffer greatly. The gentle animals are often beaten, kicked, and mutilated so that their wool can be made into sweaters, coats, scarves, gloves, and boots.

Compassion is always in fashion, and having a heart is easier than ever. With vegan clothing, shoes, handbags, and other accessories in high demand, major fashion houses and smaller retailers worldwide are jumping on board the skins-free trend, making vegan items easily accessible to consumers.

Alicia is a longtime vegan, and she has also publicly sworn off leather and down. Check out the behind-the-scenes video and exclusive interview from her anti-wool photo shoot:

For every stitch of wool, leather, or other animal-derived material, animals endure an agonizing life and a painful death. Join Alicia in revolutionizing your wardrobe, and pledge to choose fake for animals’ sake!