1. We are pro-chicken meat.  As long as it’s grown in a laboratory! Scientists around the world are researching a way to produce meat in the laboratory—without killing any animals. In vitro meat will use animal stem cells to grow muscle tissue, just as it is now grown inside the bodies of animals. Quick to see the tremendous lifesaving potential of lab-grown meat, we have sponsored biological engineer Nicholas Genovese’s research into it. PETA President Ingrid E. Newkirk says, “If people are unwilling to stop eating animals by the billions, then what a joy to be able to give them animal flesh that comes without the horror of the slaughterhouse, the transport truck, and the mutilations, pain, and suffering of factory farming.” Of course, this project will take time, so we urge people to go vegan in the meantime. 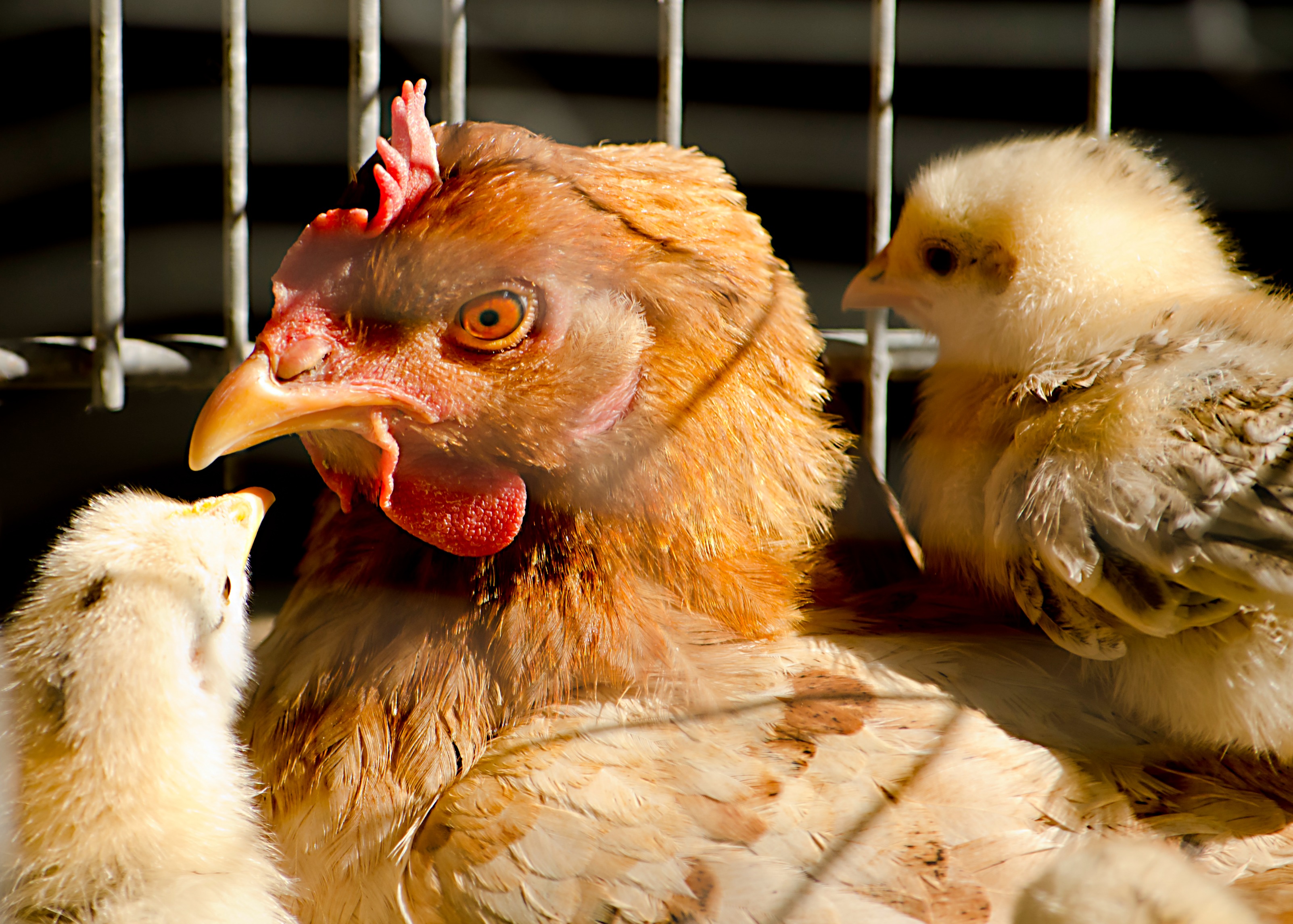 2. We are part owner of SeaWorld. When SeaWorld sold 20 million shares of common stock in an initial public offering, no one expected PETA to be one of the first in line to buy. But we quickly purchased the smallest number of shares necessary to give us the right to attend and speak at annual meetings and to submit shareholder resolutions asking for policy changes—such as releasing the park’s captive dolphins and orcas into coastal sanctuaries. 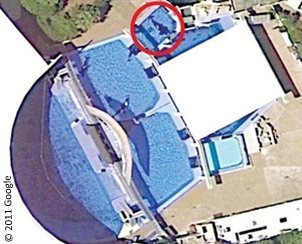 3. We break records. PETA is responsible for the largest animal seizure in history—more than 26,000 animals—after an undercover investigation into U.S. Global Exotics, a company that bought and sold wild-caught and captive-bred animals across America and around the world.

4. It was PETA vs. NASA, and we won! In 2010, following a year of vigorous campaigning, NASA canceled its plans for a $1.75 million study, in which dozens of squirrel monkeys would have been exposed to a harmful dose of radiation.

5. We act like the U.S. Postal Service. Our activists will let “neither snow nor rain nor heat nor gloom of night” keep them off the streets. Campaigners have traveled from Alaska to the Philippines—and everywhere in between—in the name of animal rights. In one instance, demonstrators wearing next to nothing endured snow and freezing temperatures in St. Petersburg, Russia. Of course, this is nothing compared to what animals are subjected to. 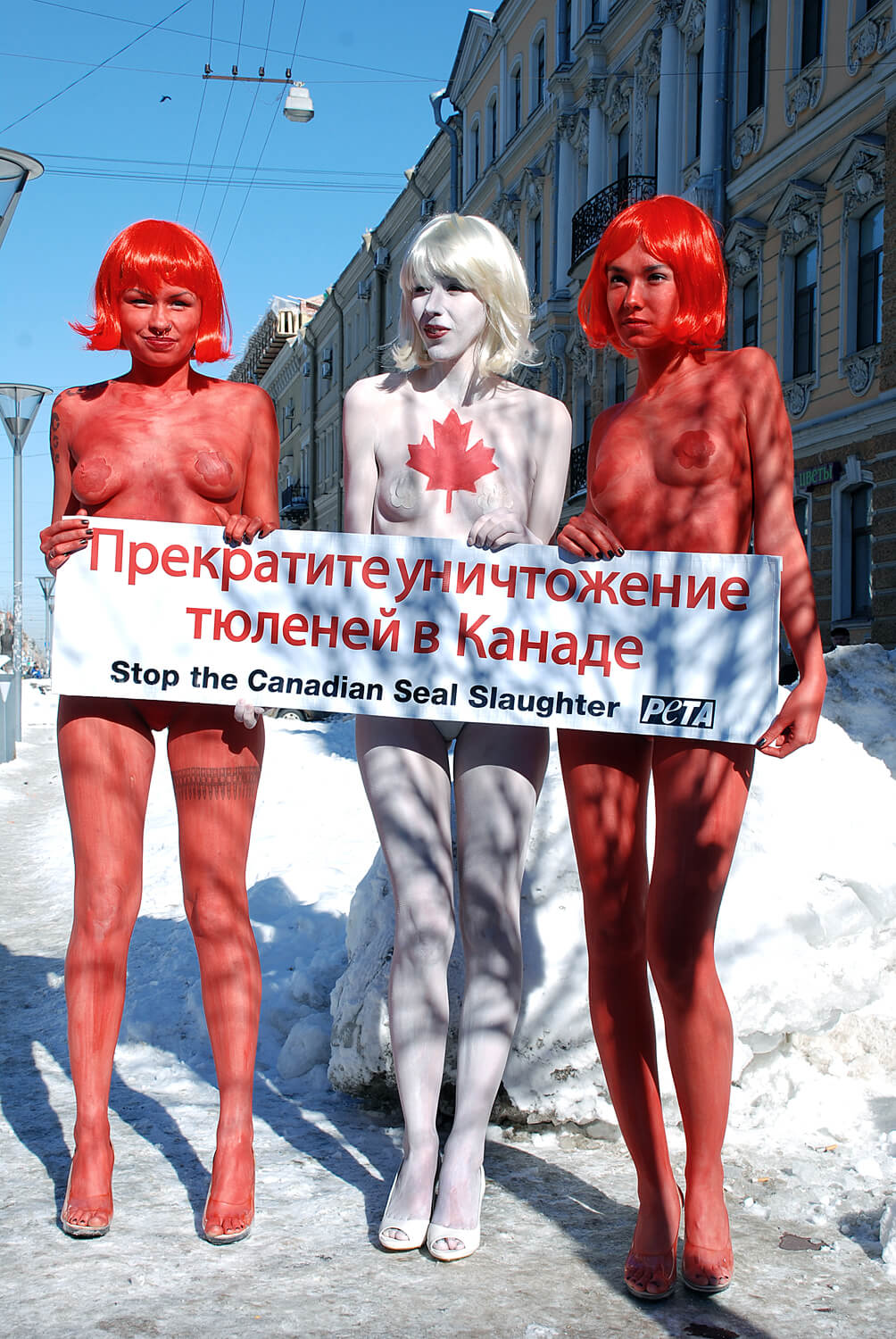 6. We prefer to play nice. It’s true: We prefer to meet with companies in the boardroom rather than out front with picket signs in hand. We always attempt to negotiate behind closed doors in order to discuss change and offer a solution before launching a campaign.

7. We give celebrities the benefit of the doubt. When a celebrity is spotted wearing fur or exotic skins, PETA sends a polite letter first, in the hope of educating the star about how animals are crammed into tiny cages, beaten, electrocuted or gassed, and often skinned alive, just to create a garment. But we’re not afraid to turn up the heat when being nice doesn’t work.

8. Our rescue workers are on call 24/7. PETA’s emergency response team operates a 24-hour hotline every day and night of the year to assist with cases of animal neglect and cruelty nationwide. Whether the situation involves a neighbor’s dog chained out in the freezing cold, a cat stuck up on a telephone pole, a bird caught in a glue trap, or a cow left in a slaughter yard, if law enforcement is unresponsive, we will help.

9. We have nanotechnology experts and molecular biologists on our staff. PETA has a team of 10 scientists with advanced degrees, ranging from epidemiology and public health to environmental science, including doctorates in molecular and cellular biology, microbiology, and genetics. The newly incorporated PETA International Science Consortium, Ltd., consists of 15 scientists, advisers, and consultants from our affiliates, all working to end animal testing.

10. We’re changing the way the Chinese government does things. PETA funds scientists to train Chinese government officials in the use of non-animal testing methods in an effort to stop China from requiring tests on animals for cosmetics and household products. We have convinced cosmetics companies such as Urban Decay to reverse their decisions to sell products in China and also encouraged John Paul Mitchell Systems to pull out of the Chinese market rather than having its products tested on animals. 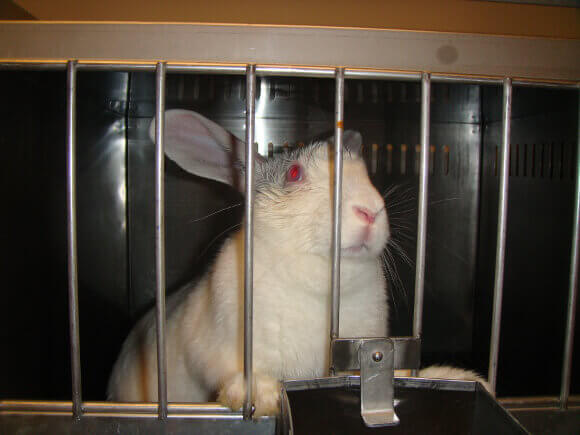 11. We set the legal precedent for domain names. In 1995, PETA was involved in a court case about trademark infringement in Web domains. The precedent-setting case, People for the Ethical Treatment of Animals v. Doughney, is studied in law schools across the country because it ultimately helped to establish domain law. 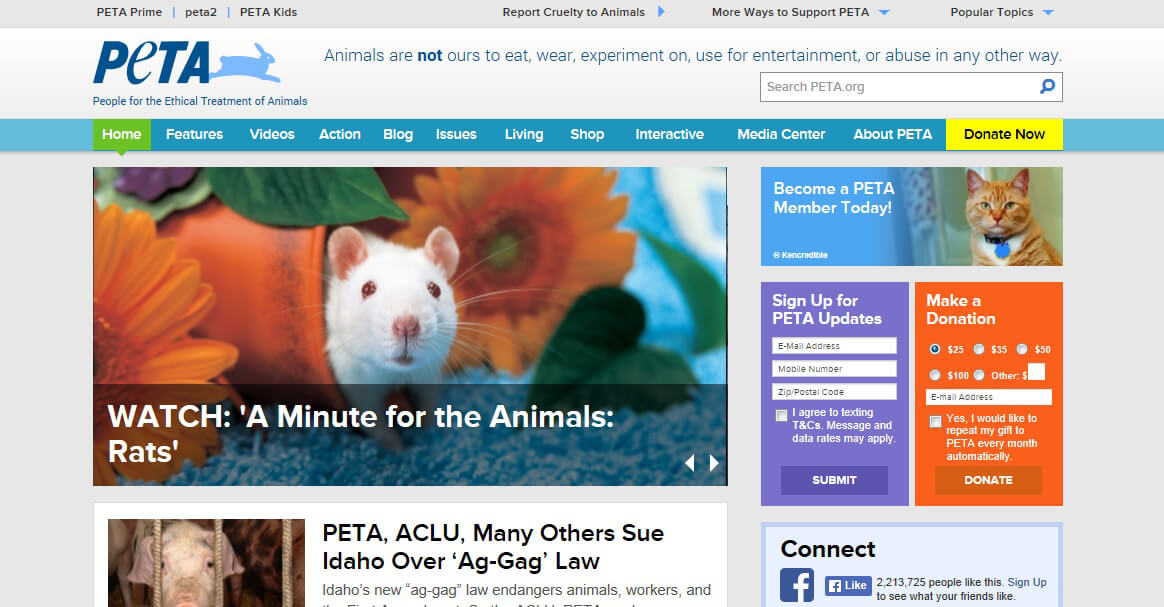 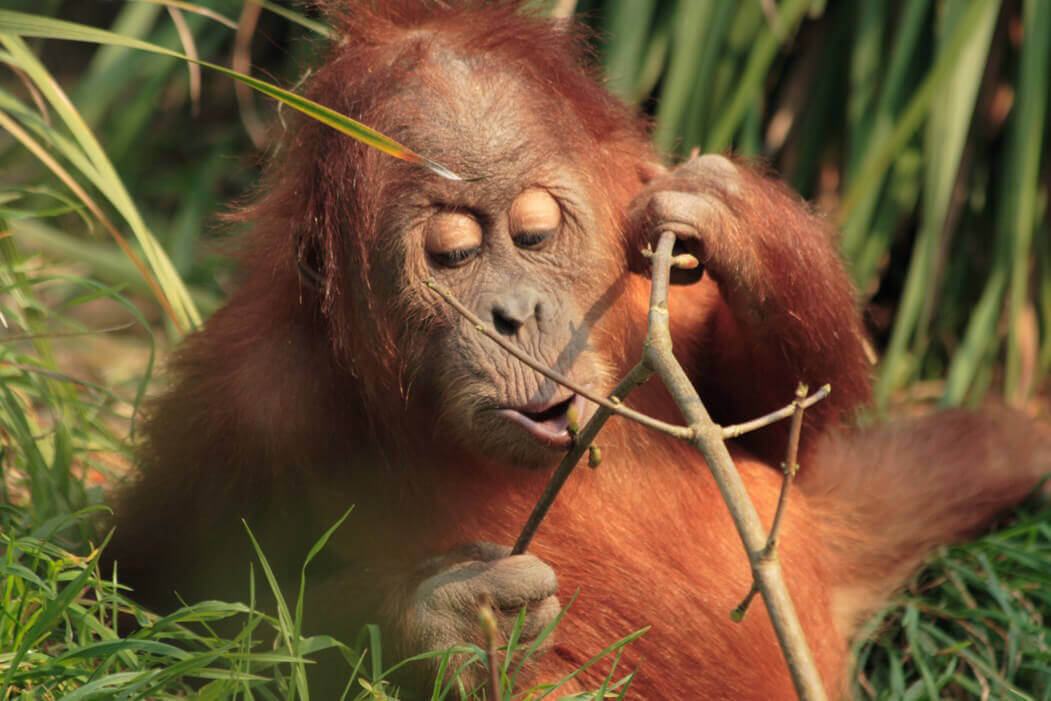 13. We started it all. In 1981, PETA achieved the first U.S. Supreme Court victory for animals used in experiments with its groundbreaking Silver Spring monkeys case, which launched the animal rights movement. 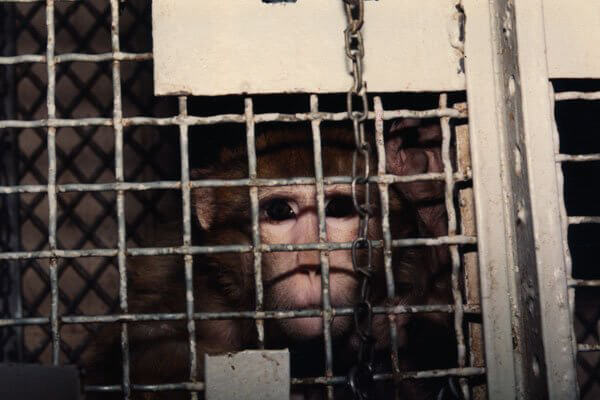