Covered with little more than barbecue sauce and lying on a giant plate—complete with to-scale cutlery and a side salad—a sexy PETA supporter turned heads in Chicago on Wednesday, just ahead of World Vegan Day (November 1). PETA’s message to passersby is “Try to Relate to Who’s on Your Plate”—pointing out that animals raised and killed for food are capable of feeling joy, love, pain, and fear, just as humans are. 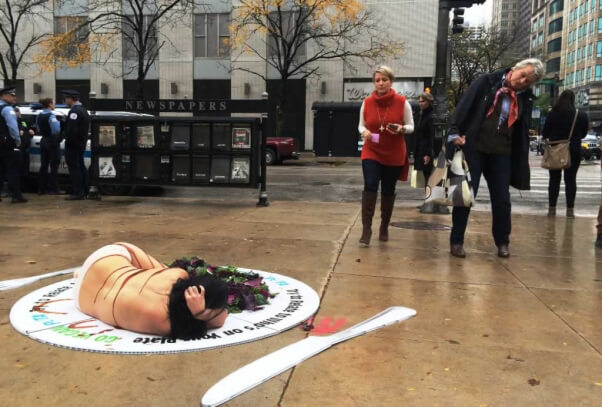 “PETA is challenging people to think about what meat really is, and that’s the corpse of an abused animal who didn’t want to die,” says PETA Executive Vice President Tracy Reiman. “World Vegan Day is the perfect time to switch to delicious, healthy, and humane vegan meals and spare more than 100 animals a year immense suffering.” 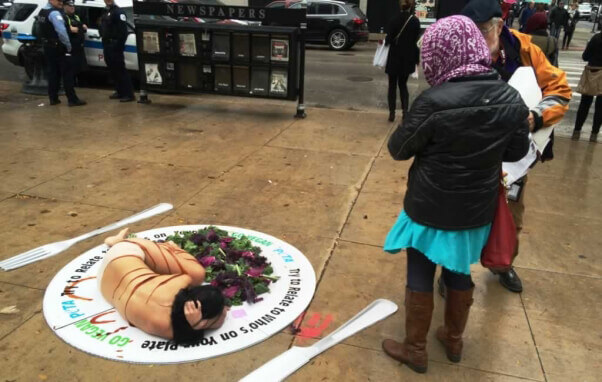 In addition to damaging the environment and human health, eating animal-derived foods causes suffering on a massive scale. In today’s industrialized meat and dairy industries, chickens and turkeys have their throats cut while they’re still conscious, piglets have their tails and testicles cut off without being given any painkillers, and calves are torn away from their mothers within 48 hours of birth. 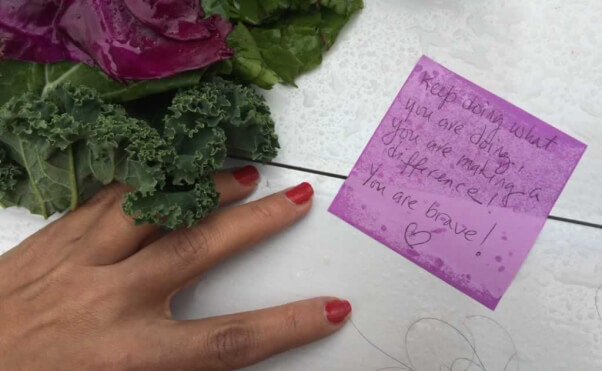