Here’s another athlete whose heart is as big as his biceps: We’re excited to announce that Willis McGahee is joining the roster of PETA All-Stars who are helping to fight animal abuse—a lineup that already includes top athletes such as Tony Gonzalez, Ron Artest, Michael Strahan, and Chad Ochocinco. The ravishing Baltimore Ravens running back heated up Baltimore this week when he posed in the buff for PETA’s “Ink, Not Mink” campaign!

The ad will be released sometime early next year. But in case you can’t wait that long, here’s a little sneak peek: 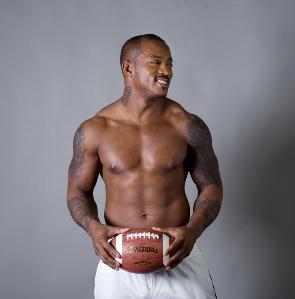