Australian Minister for Agriculture, Fisheries and Forestry Barnaby Joyce could have taken the opportunity to voice his opposition to cruelty to animals and share his intent to work to ensure that the abuse of sheep in the wool industry that PETA’s video exposé documented wouldn’t happen again. Instead, he chose to attack PETA. 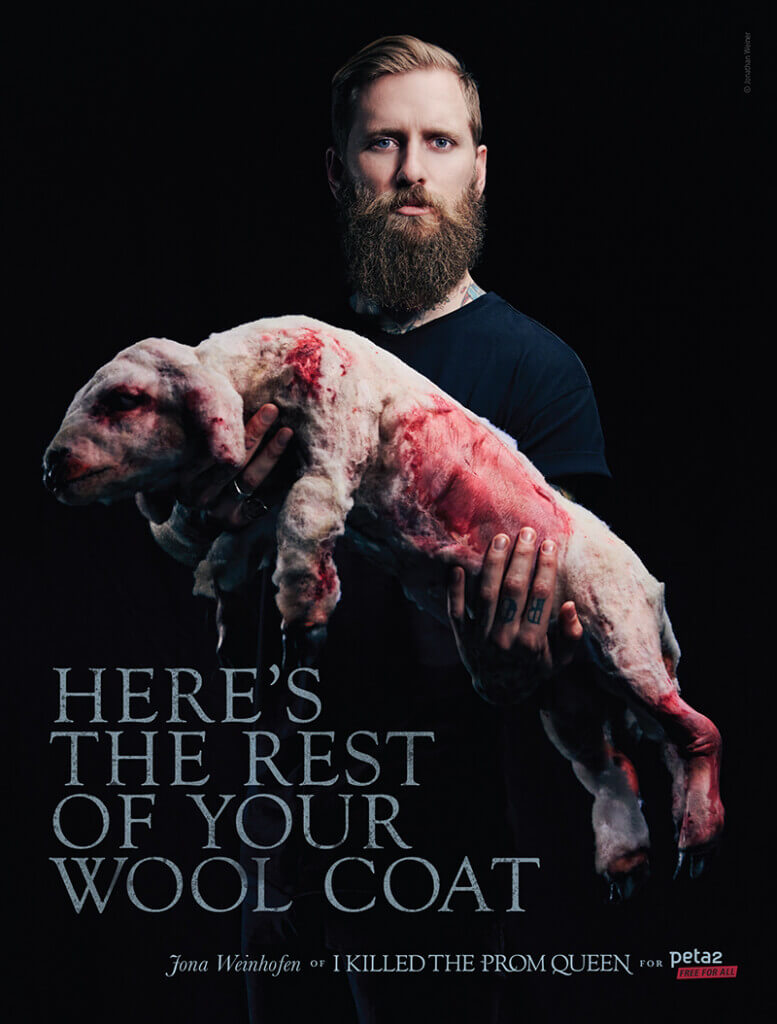 Jona, who has been vegan for 15 years, got involved after PETA released its video exposé of shearing crews in the U.S. and Australia that showed workers who violently punched sheep, beat and jabbed them in the head with sharp metal clippers and a hammer, kicked them, poked them in the eyes, and twisted their necks, breaking at least one sheep’s neck.

Joyce refused to address the abuse, opting instead to insult Jona and PETA and to tell the Australian media far-fetched stories about us both:

The fact that Joyce called a news conference over a PETA ad proves that we’ve got his attention. But if he was going to talk to the media about us, one would think that instead of making things up (since when is PETA opposed to cotton?), he would have bothered to learn what we are truly opposed to: pervasive cruelty to vulnerable sheep.

Give sheep a helping hoof: Ask J.Crew to drop wool.