This past summer, I was hired as a pig-care trainee at a farm that raises pigs for Whole Foods markets. This was the first time in my life that I have ever worked with pigs, and these were very young ones—they were never intended to live longer than 6 months, the age at which they would be sent to slaughter. I’d always heard that pigs and dogs have very similar personalities, and it was incredible to see just how alike the two species really are. Walking into the enclosures was just like coming home to your best dog friend. They always greeted me: They would come up to me and playfully chew on my boots, nip at my coveralls, and tug at the zippers on my clothing, just like puppies. Some of them would sit for me so I could pet them, and some would even topple over, exposing their tummies so I could give them a tummy rub. 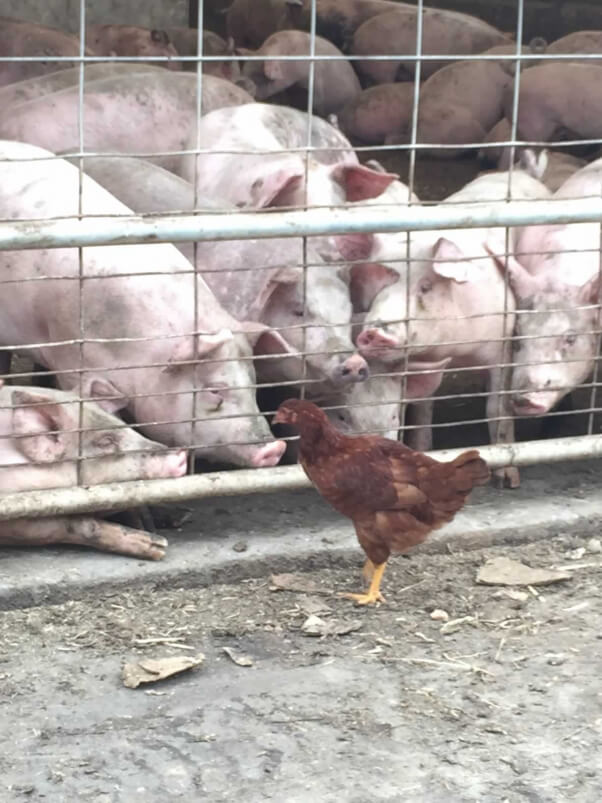 They always wanted to play. They would wait until they had my attention then run off while looking back to make sure I was following them. The facility where I worked kept more than 1,000 pigs, so it was impossible for me to give individual attention to every single one of them. But I formed special bonds with more than a few. 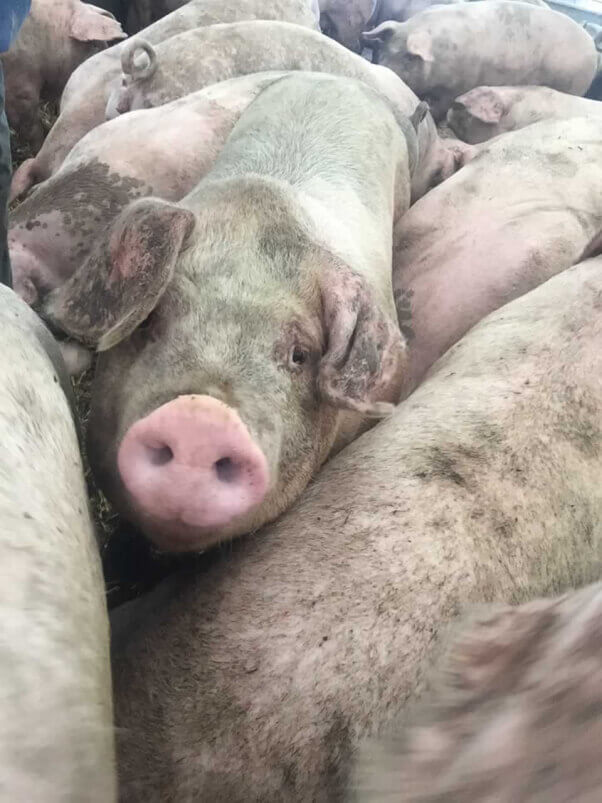 One pig I called “Baby Girl” was confined to a sick pen after she arrived at the facility with what appeared to be a hematoma on her ear. I say “appeared” because no veterinarian ever examined her or diagnosed her injury. Whenever I had spare time, I would go into the pen and pet her until she rolled over, showing me her tummy. Because she was being kept in isolation, she craved company. Once her “hematoma” popped and drained, she was put back into the large enclosure with the other pigs. Even though she was housed with approximately 200 other pigs, it never took me long to find her—or for her to find me. She would come and greet me as I came into the enclosure and then roll over, oblivious to all the pigs crowding around her. That’s how much she loved her tummy rubs.

Another pig I formed a special bond with during my time working at this facility I called “Sweetheart.” She was confined to a sick pen that measured only about 6 feet by 6 feet for most of her life. She was put into the pen because she was a “tail biter,” which is usually the result of boredom caused by a lack of psychological enrichment. I was told that once pigs are labeled tail biters, they will always be tail biters, so she would have to live the rest of her short life in solitary confinement.

The first few times I went into the pen with Sweetheart, she did not live up to her name. She tried to knock me over by putting her head between my legs and whipping it back and forth with great force. I assumed this was out of frustration at being in a cramped pen all by herself. Pigs are very social animals: They interact, play, and cuddle with one another and do not do well on their own. Every day, I went into that pen and endured her aggression, leaving with bruises all over my legs, but every day she became a little less aggressive. Eventually, she warmed up to me and allowed me to sit with her while she lay next to me—or sometimes on top of me! It didn’t matter if she was fast asleep or just lying down—whenever I entered her pen, she would jump up and make excited noises as if welcoming a friend.

By the time I left the facility, Sweetheart had reached “market weight,” meaning that she would be sent to slaughter within a week or two of my departure. I knew that she would soon face a terrifying death at a slaughterhouse, regardless of how much personality she had or how young she was.

What I learned was that pigs, like all other farmed animals, have vibrant personalities, just like our beloved family pets. I saw firsthand that they are capable of love and crave attention. They feel pain and abandonment. They are aware of what is happening around them and are no less deserving of a full, peaceful life than any other species on the planet. Shouldn’t we give them that?