Texas A&M University (TAMU) won’t shut down its abusive muscular dystrophy (MD) dog laboratory—even though the lead experimenter has 37 years of tormenting and killing dogs under his belt and the tests still haven’t led to a cure or even a treatment to reverse the symptoms of the disease in humans. Eyewitness video footage obtained by PETA shows that the dogs bred to develop canine MD by experimenter Joe Kornegay were appallingly thin, struggled to swallow and walk, could barely open their mouths, and were tormented by being stretched on a motorized lever in order to cause their muscles to tear. So as classes are starting, PETA is initiating a week of action against the school. 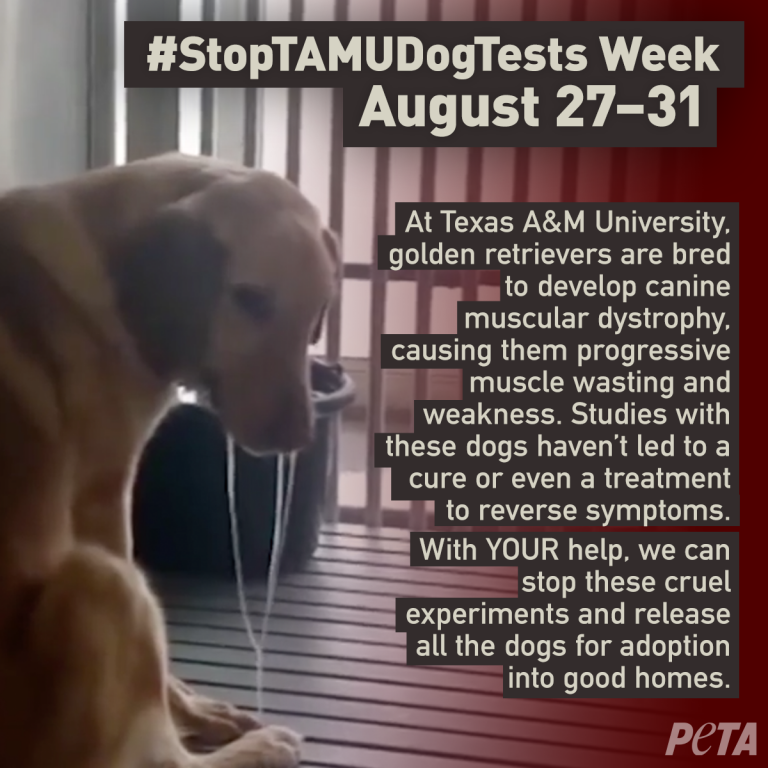 Here are actions that you can take this week to help us get these dogs out and prevent more from suffering: 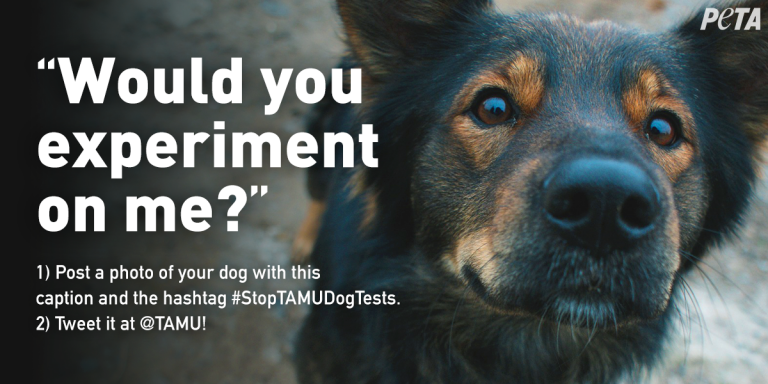 @TAMU My name is Ela. Would you experiment on me? #StopTamuDogTests pic.twitter.com/xq8l0gmwfa

Wait what? @TAMU testing on dogs? Will they take me too? #StopTAMUDogTests pic.twitter.com/gD3B0QRVXi 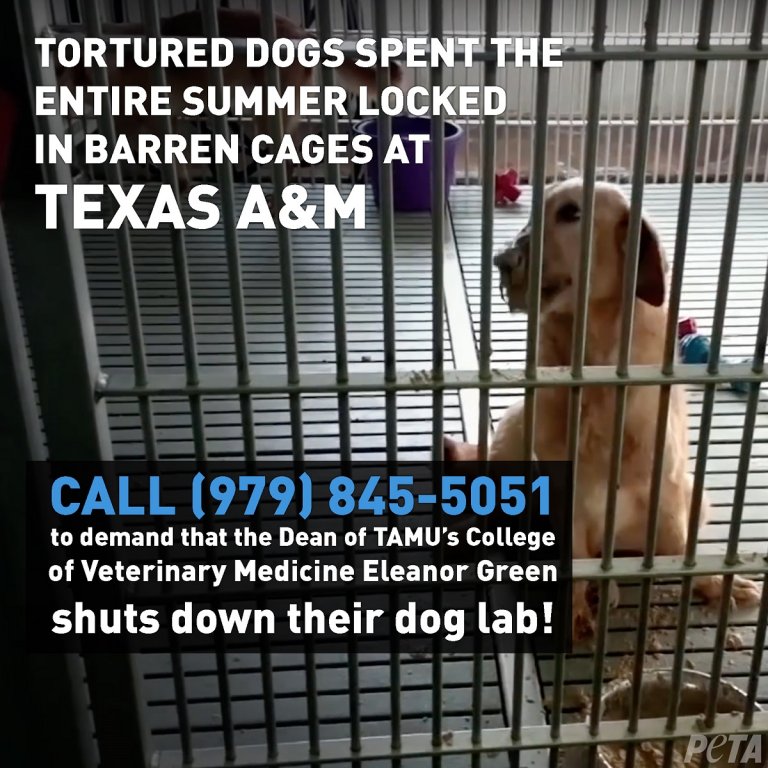 PETA is doing demonstrations all week:

…and we joined forces with brave MD patient Miller and his compassionate mom Michelle who asked that TAMU stop tormenting dogs in these pointless experiments.

"I have muscular dystrophy. … I want these experiments to end now."

Listen to one mother's heartfelt plea for Texas A&M University to #StopTAMUDogTests.

Posted by PETA (People for the Ethical Treatment of Animals) on Thursday, August 30, 2018

Dogs continue to suffer in TAMU’s experiments. Let’s make this the week that they end.