On an average day, PETA’s Cruelty Investigations Department (CID) receives dozens of phone calls from caring individuals reporting cases of animal abuse. When an animal is in trouble, our caseworkers fly into action. Able to leap great obstacles for a single hound, they help fight injustice, collar bad guys, and rescue animals in distress.

In an average week, CID caseworkers process more than 300 reports of cruelty. Here are just a few of the many animals they helped this spring:

Princess, the Puppy With a Deadly Case of Parvo—Karnack, Texas

When Princess, a puppy of a caller from Karnack, Texas, contracted parvovirus and began declining fast, PETA financed a veterinary visit and, ultimately, euthanasia services to relieve her suffering. 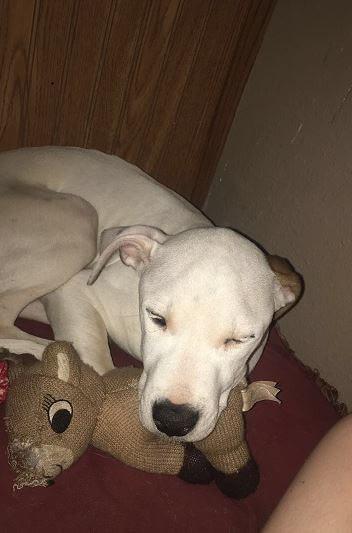 It took calls to every rehabilitator in the Atlanta area, but we found placement for an orphaned squirrel whom our caller had been harboring for four days. The animal is now thriving. 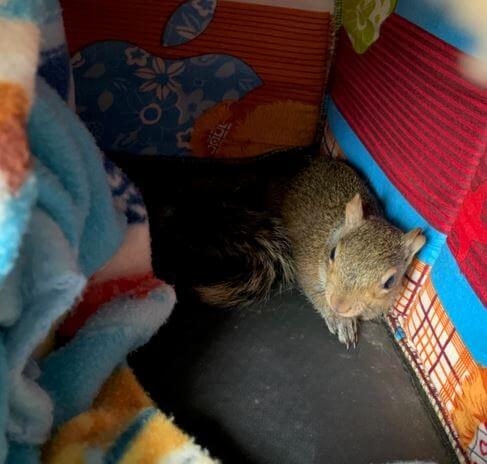 In Chickasaw, Alabama, PETA worked with animal control to have a stray dog, who had been hit by a car and was badly injured, rushed to a veterinarian. In San Antonio, we worked with a teenager to help a stray dog who was left with a swollen eye and a crippling hind-leg injury  after being hit by a car. 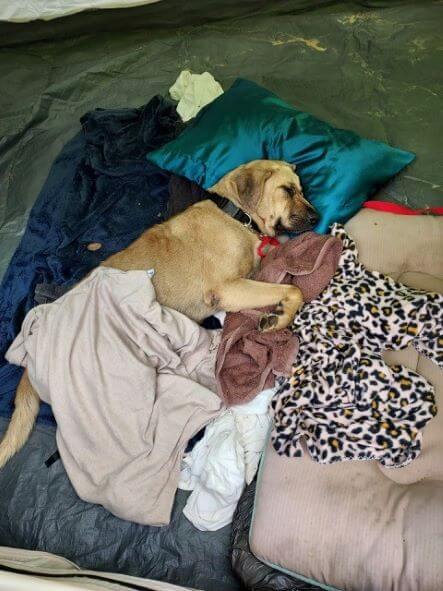 In Cleveland, Texas, PETA coordinated efforts to have six feral dogs spared a life of hardship and suffering on the dangerous and often deadly streets. And in Pearcy, Arkansas, we arranged sheltering for three stray puppies after their two siblings were shot and killed by neighbors. An investigation into the shootings is now underway.

In the Bronx borough of New York City, PETA facilitated the sheltering of a stray cat named Tuffy, who has since been adopted. 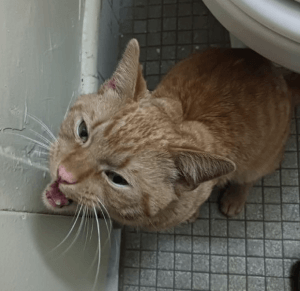 After live and dead birds were seen entombed behind a deterrent net at a Home Depot store in Summerville, South Carolina, PETA immediately worked with the store manager to have the net removed. Our humane tips were later shared with the store’s service department.

Things Get Wicked in the West—Albuquerque, New Mexico; Aurora, Colorado

In Albuquerque, New Mexico, PETA persistently pushed animal control officials to act until the owner of two dogs finally provided them with adequate shelter and a doggy door.

We successfully persuaded an Aurora, Colorado, prosecutor who was handling a case in which a dog trainer had been filmed abusing a puppy to call for the defendant to attend anger management classes and get any license they may have to work with or care for animals revoked. 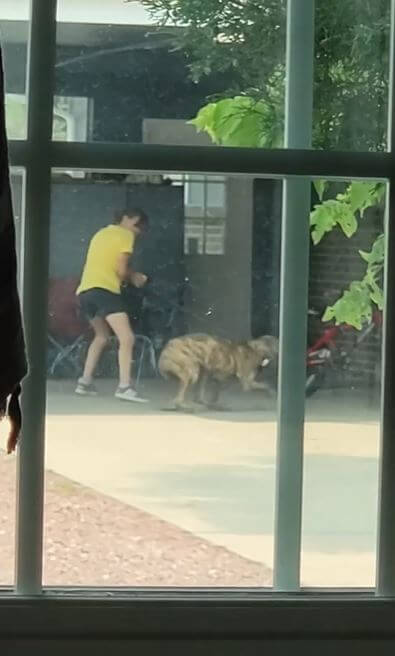 When a kind caller from Los Angeles saw a raccoon likely suffering from distemper, we rallied local animal control officials to safely secure the animal. 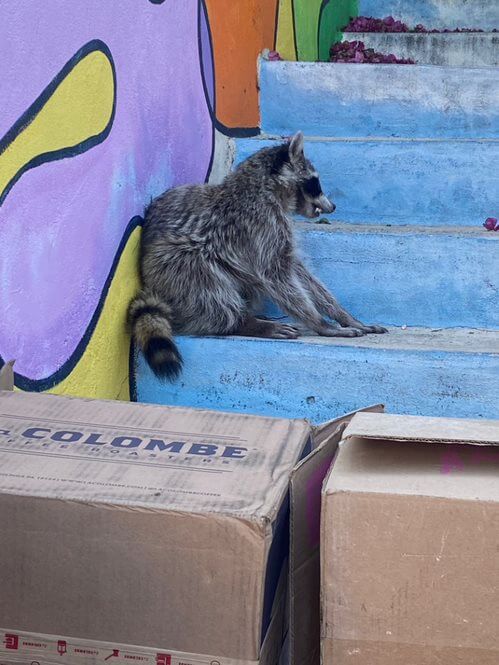 PETA Leaps to the Rescue of Rabbits Bred for Easter Season—Odessa, Texas

When we learned that multiple rabbits were being bred in neglectful conditions and their offspring were being sold for Easter in Odessa, Texas, we worked with animal control officials there to help get all 28 rabbits plus two parakeets surrendered. The animals are now safe and being cared for. 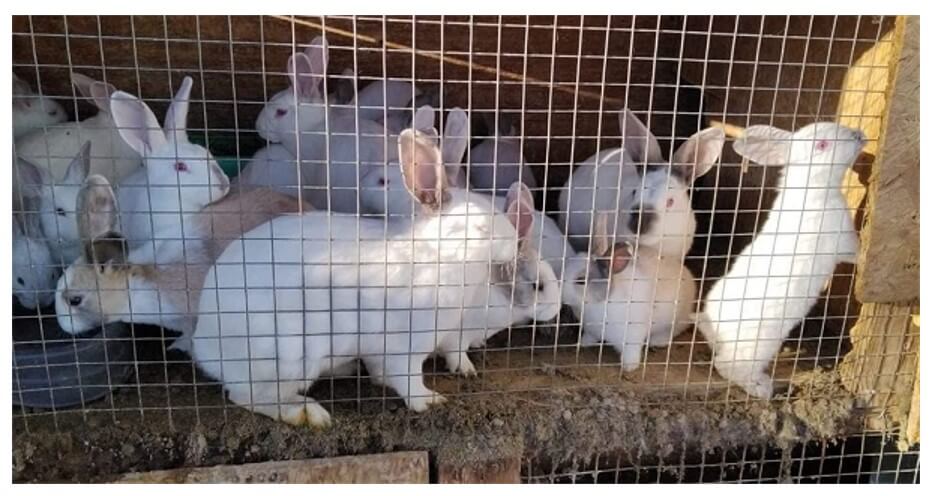 When a resident of McAllen, Texas, called because several of their neighbor’s Rottweilers were running loose, were breeding, and had even killed another dog, PETA took action. We helped improve the situation by finding a new home for one of the dogs and providing the others with proper shelter and secure fencing.

Through a concerted effort involving a caller, a dedicated animal rights activist, San Antonio law-enforcement officials, and an apartment management office, PETA persuaded the owner of a dog kept locked in a storage closet nearly 24/7 to let the animal live in the main part of the house full-time.

PETA Steps Up for Animals When Other Organizations Won’t—Louisville, Kentucky

After several other organizations denied her guardians help, PETA financed an emergency spay surgery for Maisie, a 10-year-old dog suffering from pyometra, a life-threatening uterine infection.

After a caller from Miami reported a heavily matted, perpetually crated dog, PETA overnighted a letter to the animal’s owner. The dog has since been groomed and is now living inside the family’s house. 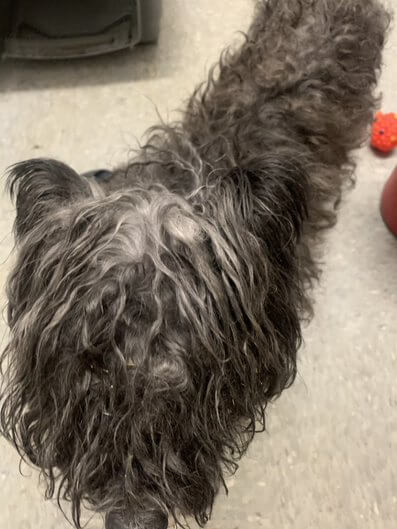 When we learned of two dogs crated 24/7 in a Sandston, Virginia, garage, we persuaded the owner to surrender one dog. The remaining dog is no longer imprisoned and is being walked regularly. 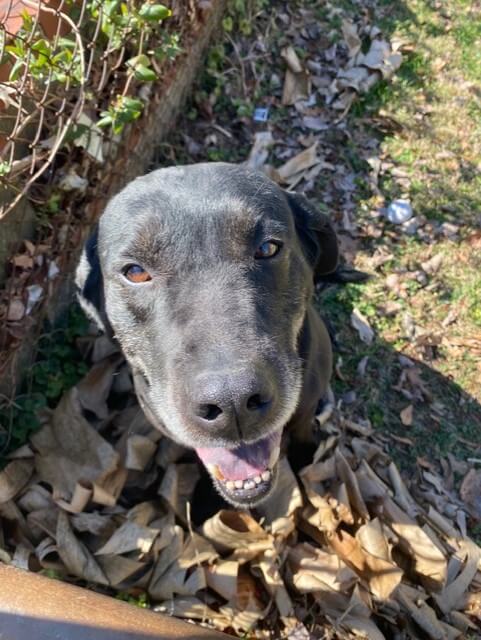 When law-enforcement officials in Reform, Alabama, repeatedly failed to act to help a tethered dog  who had inadequate food, water, and shelter—even weeks after the owner had vacated the property—we contacted the owner ourselves. The dog was untethered and removed.

After receiving a report of two neglected dogs and six puppies in Okolona, Mississippi, we contacted local animal control officials. All eight dogs were seized and found new homes. 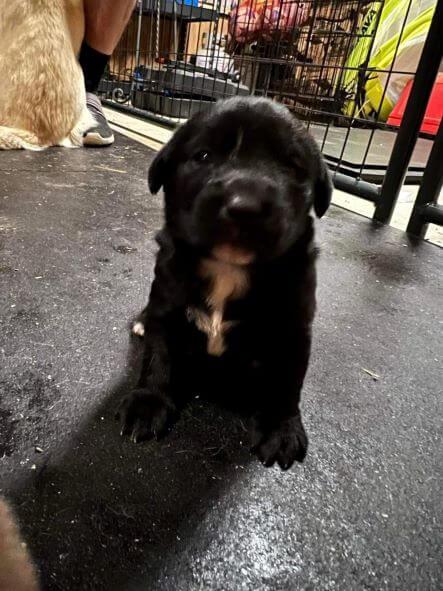 In Cullowhee, North Carolina, we worked with animal control to ensure that Dixie, a dog previously restricted to a filthy concrete slab with inadequate shelter, was removed and adopted into a loving home, where she’s now living indoors.

PETA worked for weeks with Louisville, Kentucky, law-enforcement officials; a caller; and the owner of two dogs in desperate need of veterinary attention—including an elderly dog who was kept in a urine- and feces-filled bedroom—to remove the animals from their miserable conditions.

In Terrytown, Louisiana, PETA orchestrated the pickup and safe sheltering of an underweight, frightened stray dog after discovering that callers had been keeping him in a crate outside. 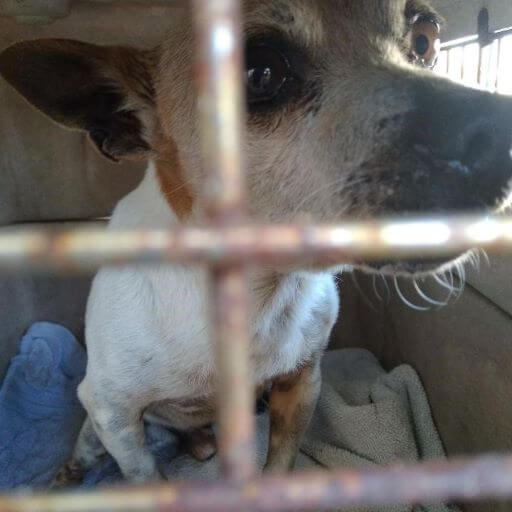 We assisted a kind caller from Van Nuys, California, with transporting an abandoned days-old kitten to her local animal shelter.

In Leeds in England, we worked with a horse welfare group and the RSPCA to have an abandoned horse removed and cared for. 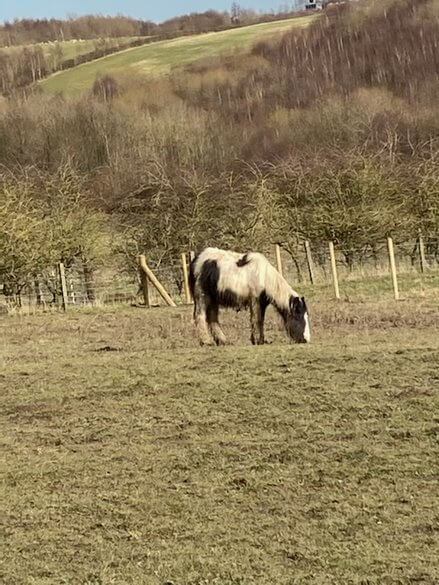 PETA provided funds toward amputating the leg of a Pittsburgh caller’s beloved cat after a degloving injury. 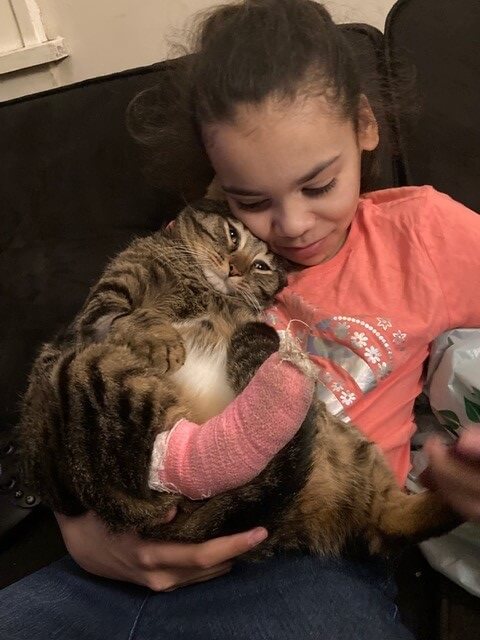 With the help of an activist in Farmington Hills, Michigan, we funded veterinary care for an emaciated dog named Jax. We informed his owner about proper feeding and got Jax put on a proper feeding schedule, and he’s steadily gaining weight. 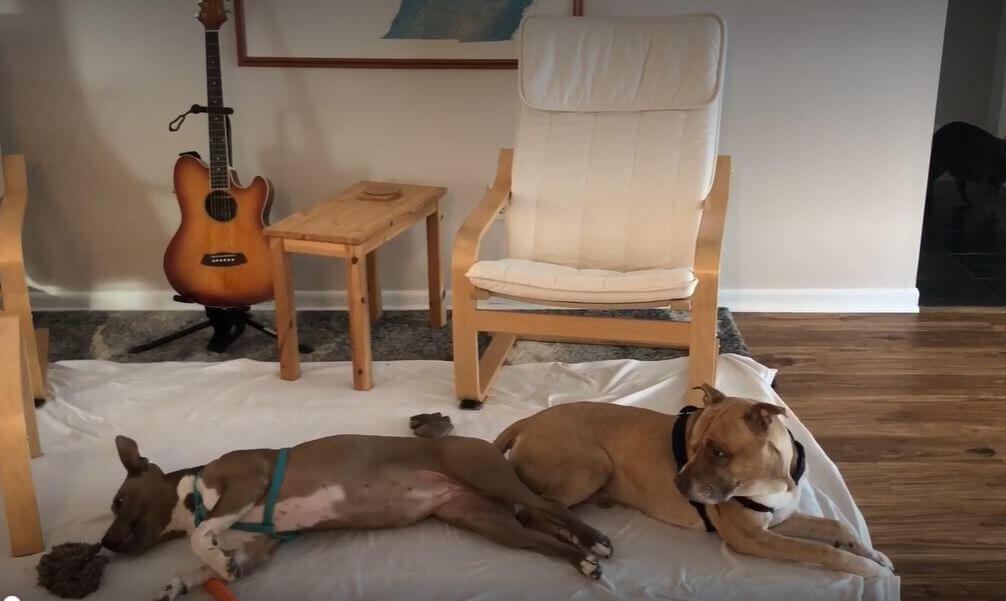 We arranged and subsidized euthanasia for a catastrophically injured dog in Belcourt, North Dakota, after he was hit by a car.

Senior Dog and Elderly Guardian Get Support From Community—Winder, Georgia

With the help of several volunteers in Winder, Georgia, PETA helped the appreciative elderly guardian of a 14-year-old dog set up regular walks for her beloved animal companion. 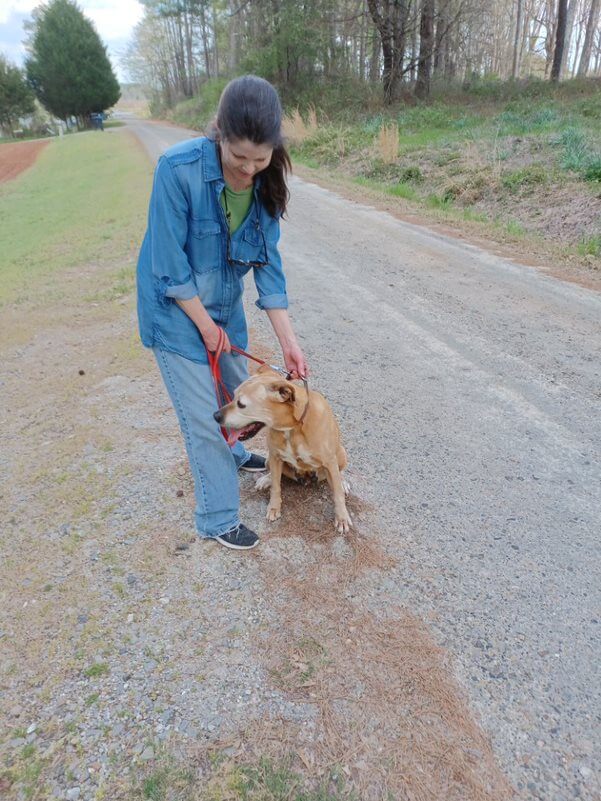 These cases—just a small sampling of CID’s nonstop efforts for animals everywhere—are a reminder of why it’s vital to report cruelty to animals immediately.

PETA needs your help to prevent other animals from meeting a similar fate.