Animal defenders are jumping for joy over the news that Burberry has banned exotic skins! The good news for pythons and alligators comes after seven-year campaigns by PETA entities. 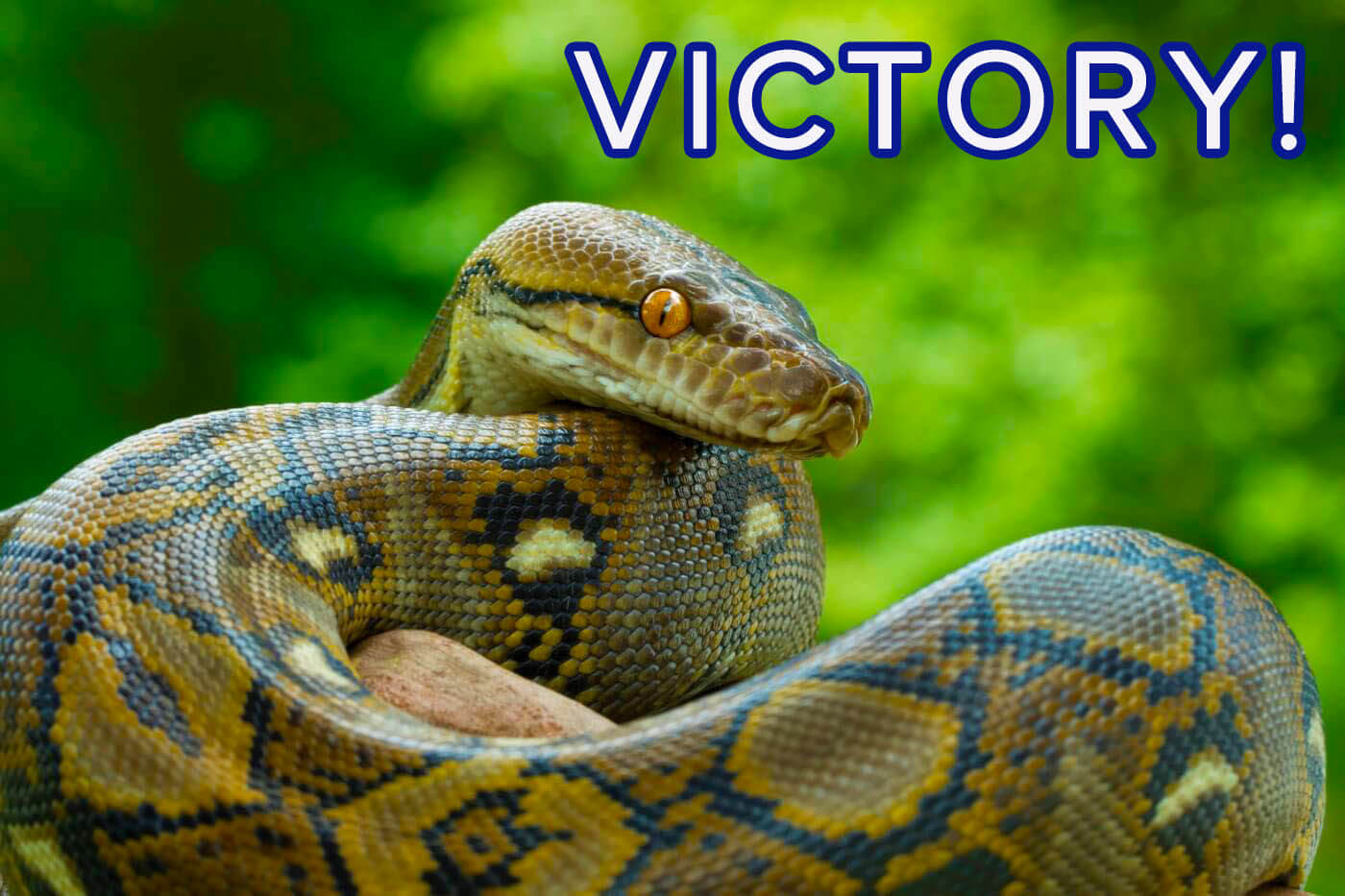 From sharing hard-hitting exposés with company decisionmakers to protesting in the streets during fashion weeks to speaking out at boardroom meetings, PETA entities took every opportunity to persuade the brand to stop profiting from the suffering of reptiles, highlighting that the exotic-skins industry destroys the planet and the animals who live on it. Most recently, during the COVID-19 stock market downturn, PETA U.S. became a shareholder in Burberry and took the call for a ban on exotic skins to the company’s annual meeting.

Multiple undercover investigations have proved that the exotic-skins industry is full of intense suffering, extreme filth, unsanitary conditions, and horrific violence and killing.

A PETA Asia investigation showed that pythons reared for the fashion industry are confined to dirty wire cages, in which they spend their lives unable to stretch out to their full length. Then, workers close off their mouths and anuses with rubber bands, insert a hose into a hole cut into the head or the tail, and inflate the snakes with an air compressor, causing them considerable pain as they’re inflated to death.

In the U.S., investigators observed that alligators are packed together in foul water inside dank, dark sheds. Workers crudely hacked open their necks and shoved a metal rod into their heads in an attempt to scramble their brains. Some animals were still conscious and kicking minutes later.

Conservation experts have warned that confining and slaughtering animals in unsanitary conditions creates a breeding ground for viruses.

Health experts—including at the United Nations and the World Health Organization—recently highlighted humanity’s “broken relationship with nature” and warned that the next pandemic could come from the fashion industry. 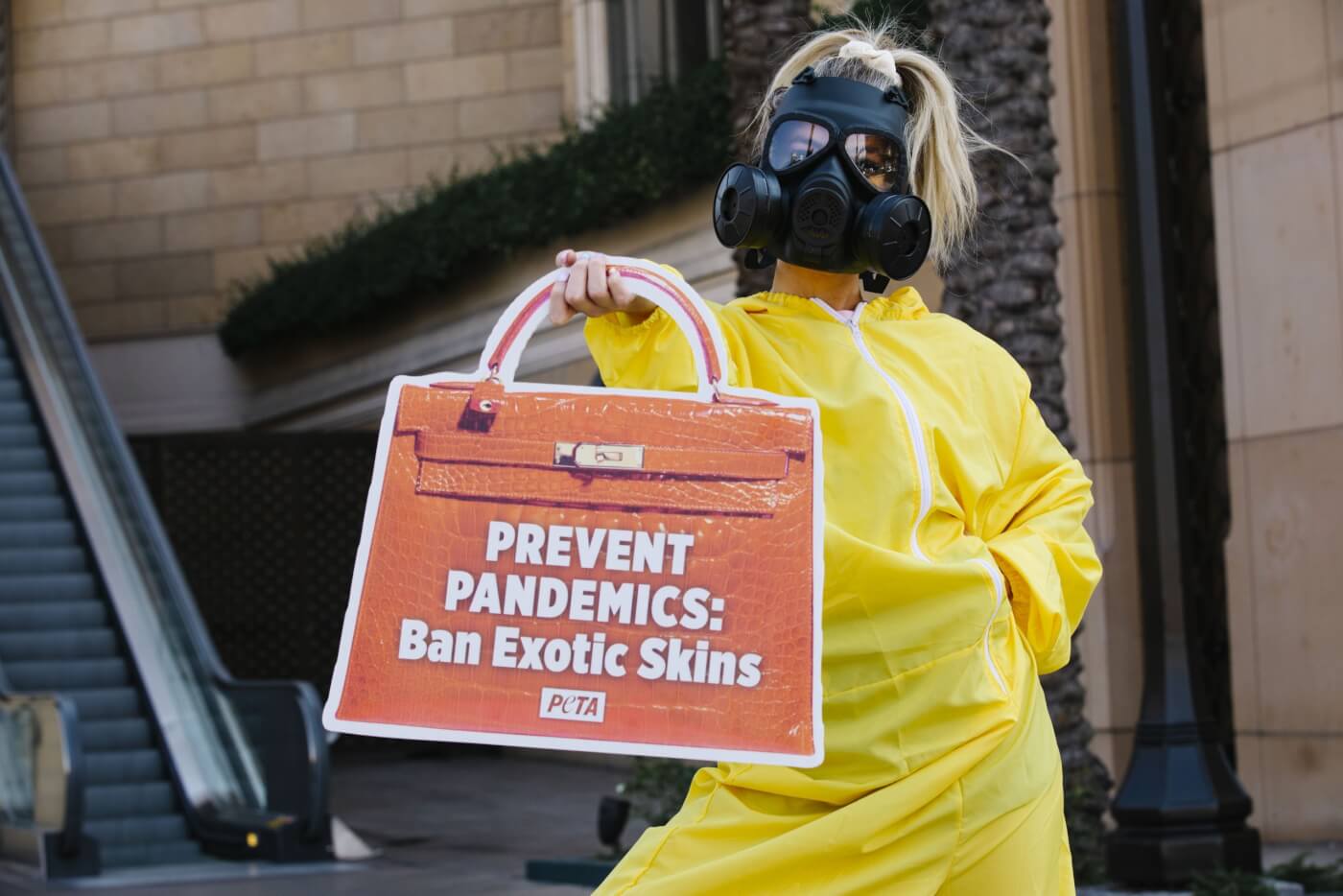 Will Hermès, Gucci, and Louis Vuitton Be Next?

When we ask, they listen. Tell Hermès, Gucci, and LVMH (the owner of Louis Vuitton) that you want them to use ethical, animal-free materials—not the skins of tortured animals.