Animal rights activists around the world are participating in a week of action to take down the exotic-skins industry. PETA U.S. and other PETA entities are leading the charge, planning eye-catching events targeting brands—including Hermès, Louis Vuitton, and Gucci—that still peddle cruelly obtained exotic skins. 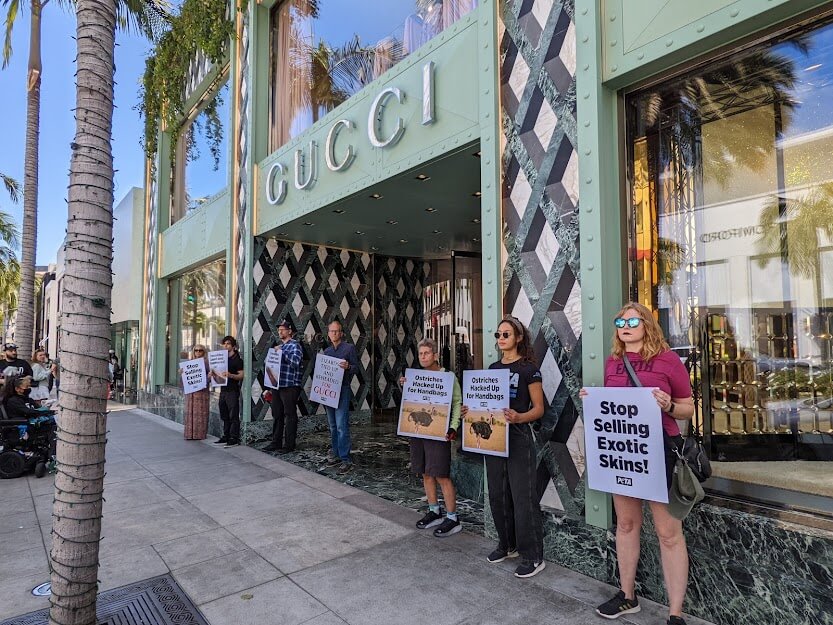 “When will [your company] take seriously its need to evolve to stay relevant by using only sustainable, luxurious vegan materials that don’t involve the torture and slaughter of exotic animals?” That’s the tough question that a PETA U.S. representative asked at Hermès’ annual meeting. And Louis Vuitton owner LVMH and Gucci owner Kering will face that question next as PETA urges the top designers to drop exotic skins from their fashion lineups. 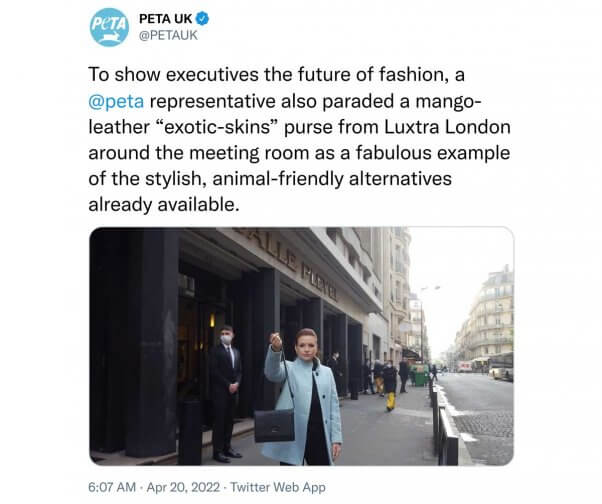 Stateside, activists kicked off the week of action with protests in Beverly Hills, California, targeting Hermès, Louis Vuitton, Gucci, and Prada over their continued use of exotic skins. 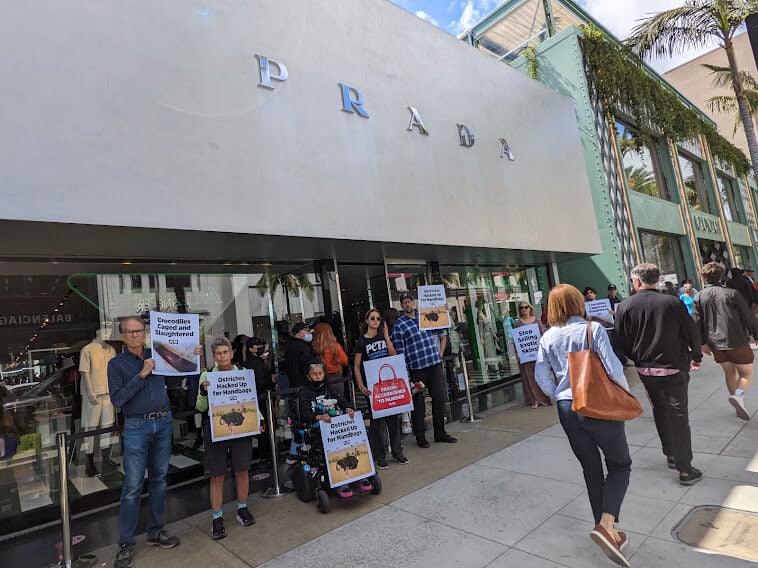 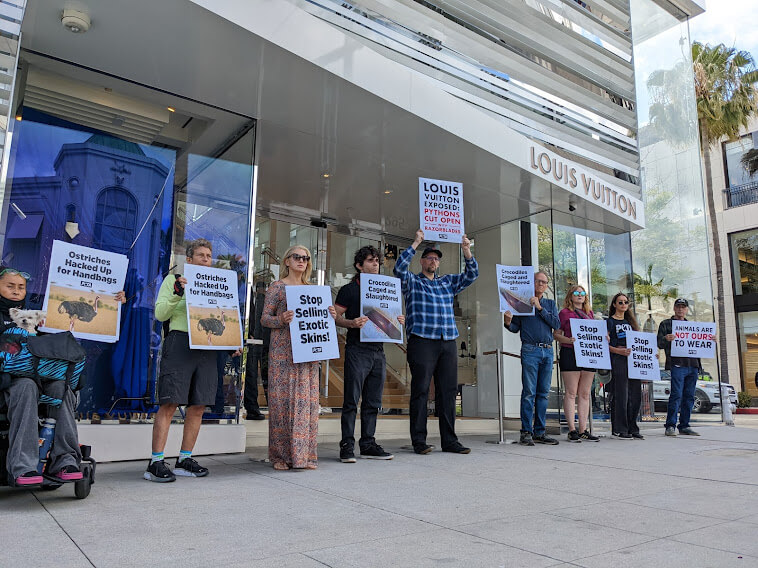 PETA has also teamed up with street artist Praxis on an art campaign throughout New York City, near Hermès, Louis Vuitton, Gucci, and Prada stores, with graphic images of animals killed for the companies’ clothing and accessories. 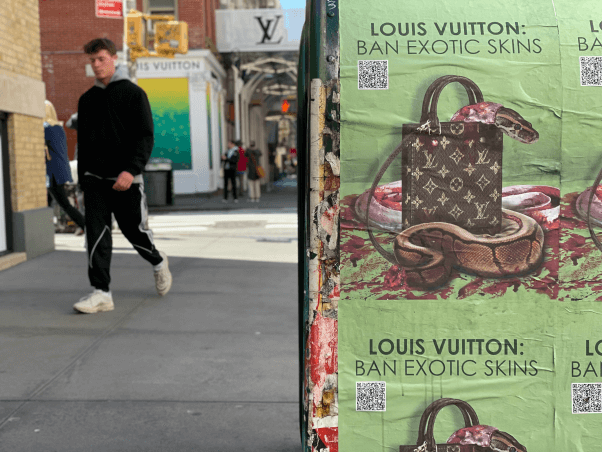 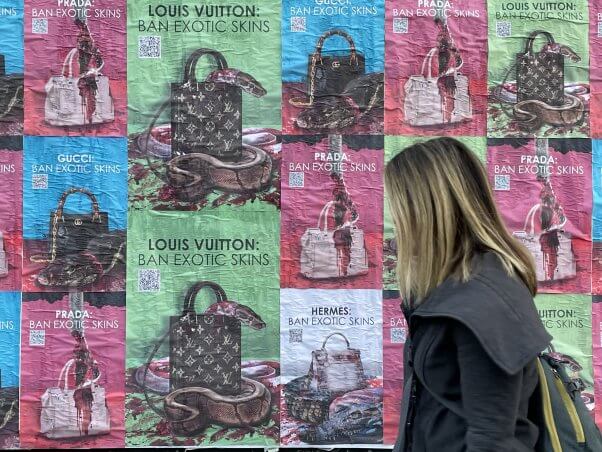 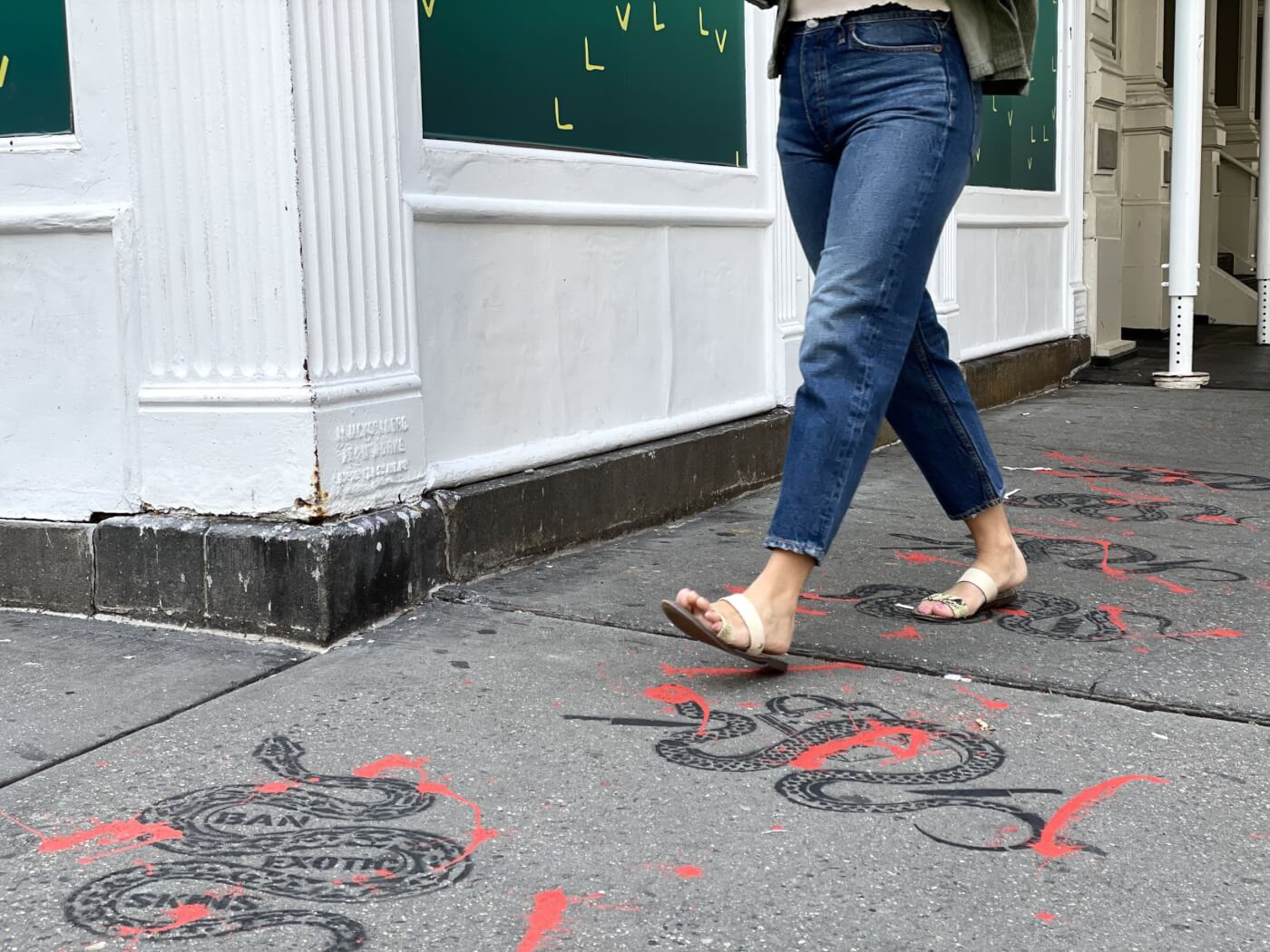 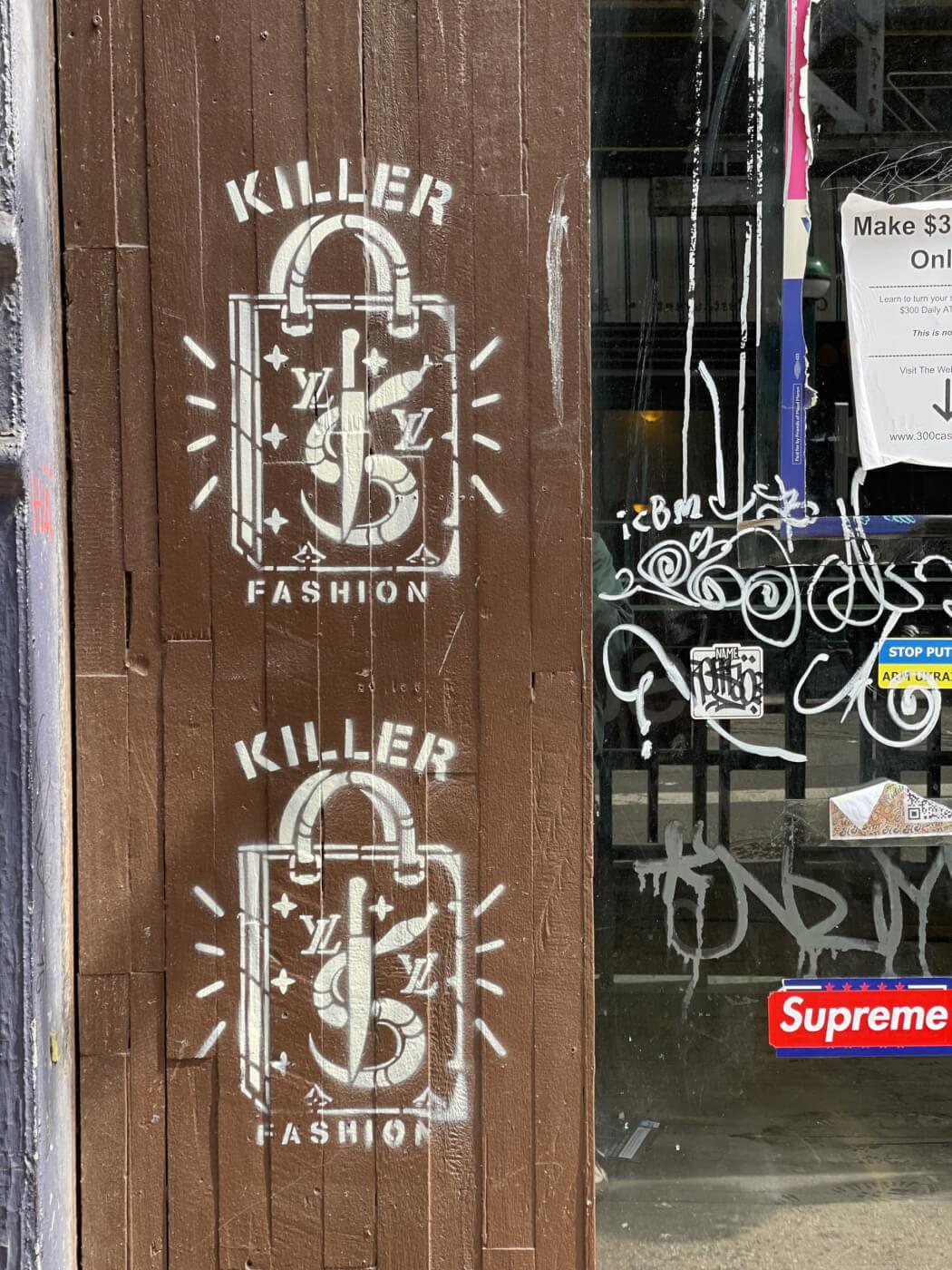 What You Can Do for Animals in the Exotic-Skins Industry

PETA’s exposés of the exotic-skins industry have uncovered animals being crammed into filthy pits, hacked apart, and left to die. We have exposed cruelty on reptile farms on three continents (Africa, North America, and Asia) and each time have shown that these intelligent, sensitive animals endure squalid imprisonment and a violent death.

For those who can’t join the week of action’s effort by demonstrating, PETA is supplementing the campaign with an active online component. No matter where you are, you can quickly complete simple daily actions for animals using your computer or smartphone. So what are you waiting for?