Canadian Prime Minister Justin Trudeau is visiting New York City, and PETA’s “spokeseal” is visiting him. As he made his rounds, the “seal” popped up all along his route, holding a sign proclaiming, “Trudeau: End Canada’s Commercial Seal Slaughter.”

At the opening of the U.N. General Assembly: 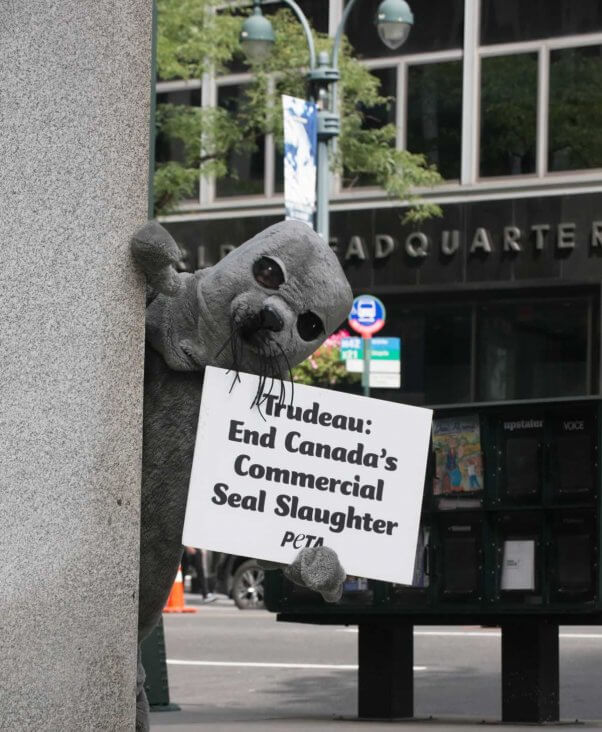 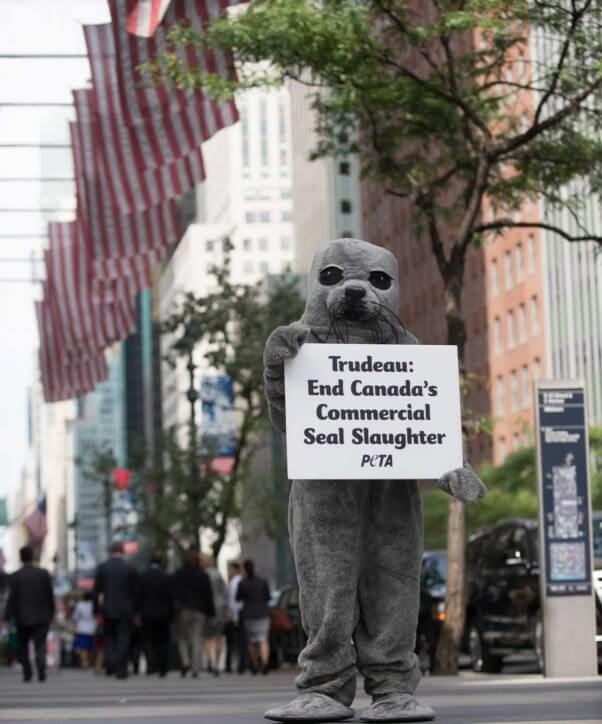 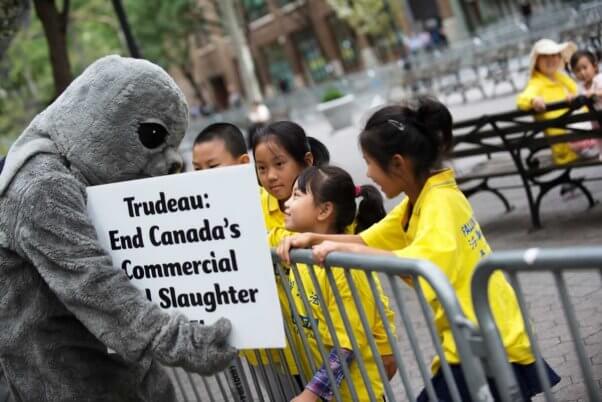 At the Goalkeepers Conference: 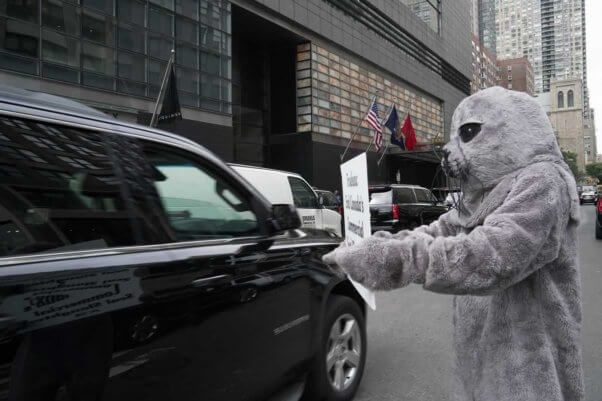 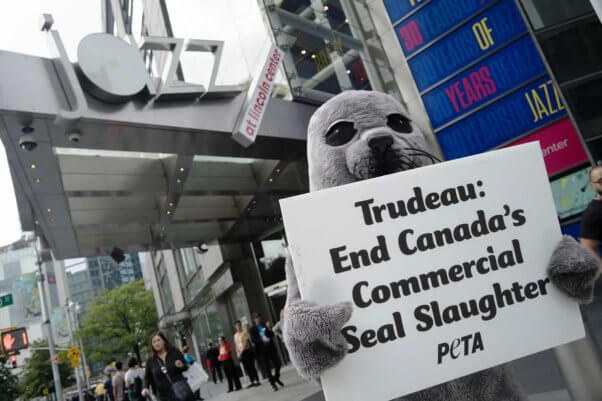 And nearly everywhere else Trudeau went: 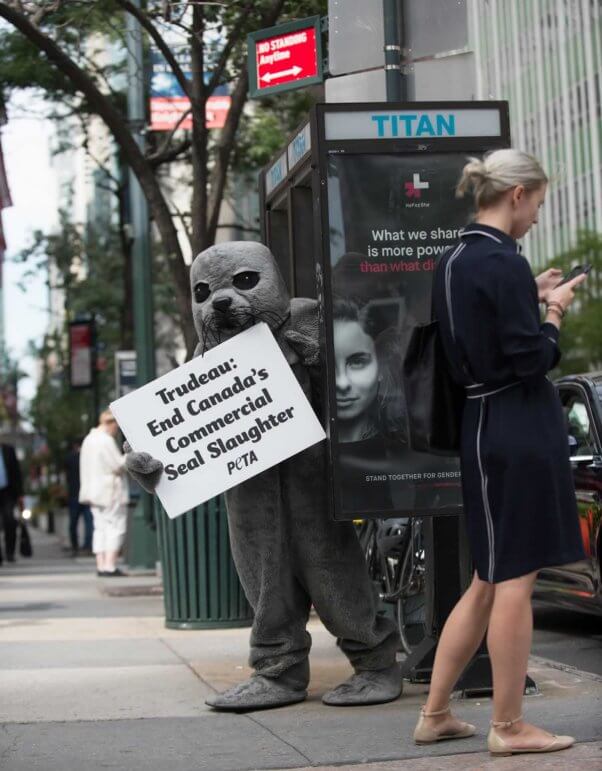 Sealers shoot, bludgeon, and even skin baby seals alive for their soft gray fur. The U.S., the European Union, Russia, and other countries have all banned imports of seal fur and other seal-derived items because of the cruelty inherent in that trade. With no market for such items, the Canadian government has been propping up the slaughter with subsidies, and it’s time for them to end. 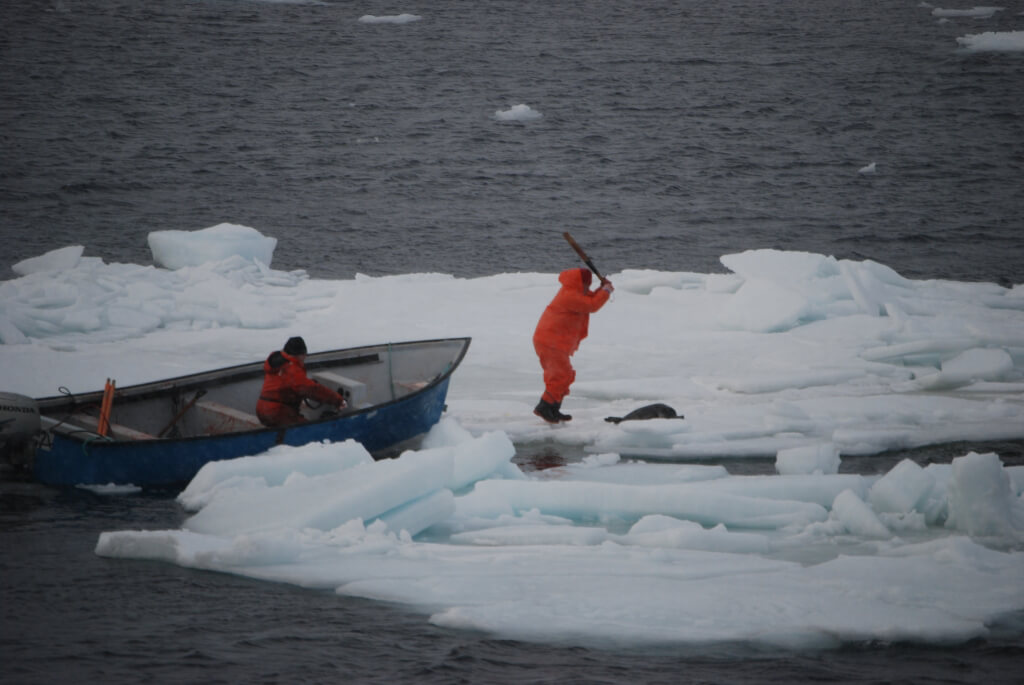 Join PETA and compassionate people around the globe in urging Trudeau to usher in a new era of compassion and fiscal responsibility by ending Canada’s subsidies of the commercial seal slaughter.