Wearing little more than bodypaint and hanging several feet above the sidewalk from hooks pierced through her back, a PETA “mermaid” greeted people walking near the waterfront of Baltimore’s Inner Harbor on Thursday with a sign reading, “Fishing Hurts. Go Vegan.” The striking visual demonstration sent ripples through the community just a day prior to Fish Amnesty Day. 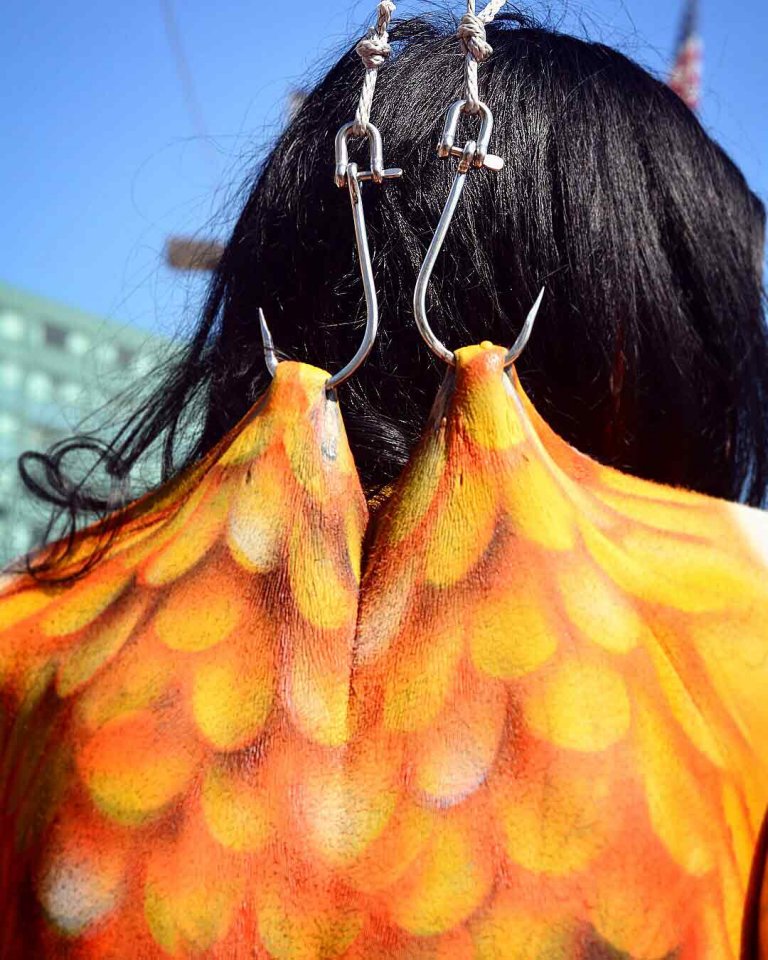 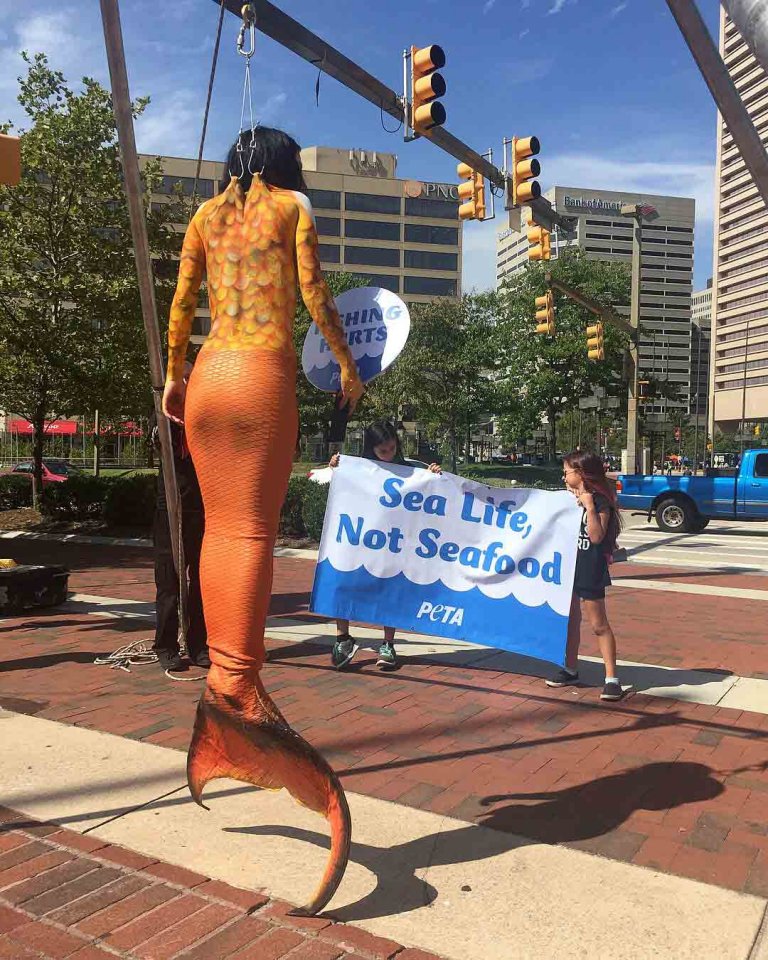 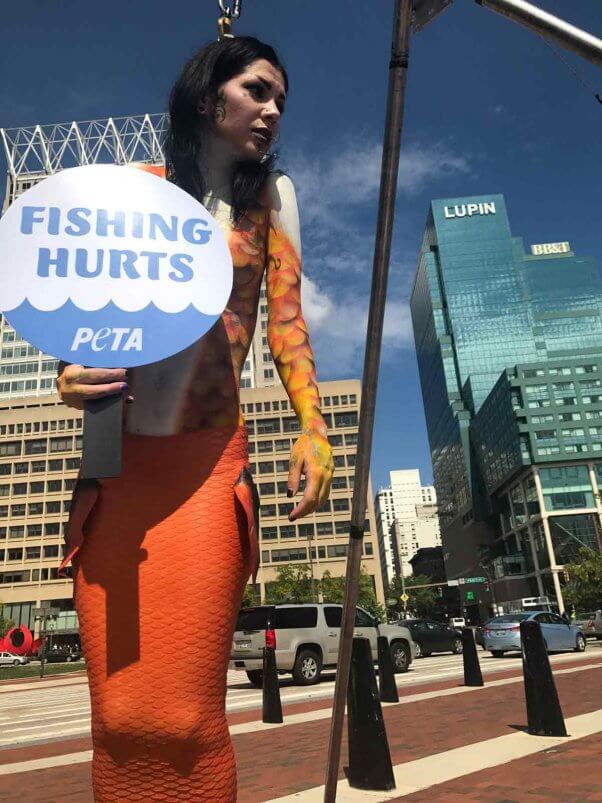 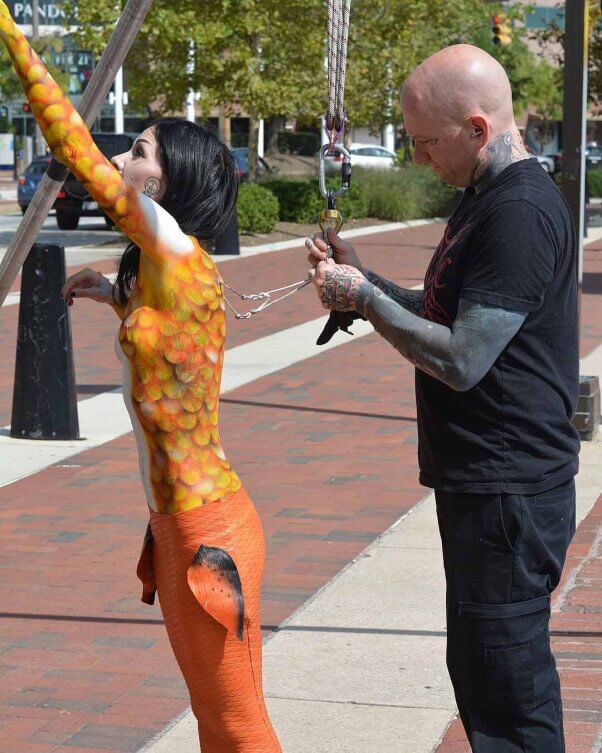 While spectators gawked in awe at our lovely mermaid, PETA supporters passed out leaflets and vegan starter kits urging people to stand for “Sea Life, Not Seafood.” 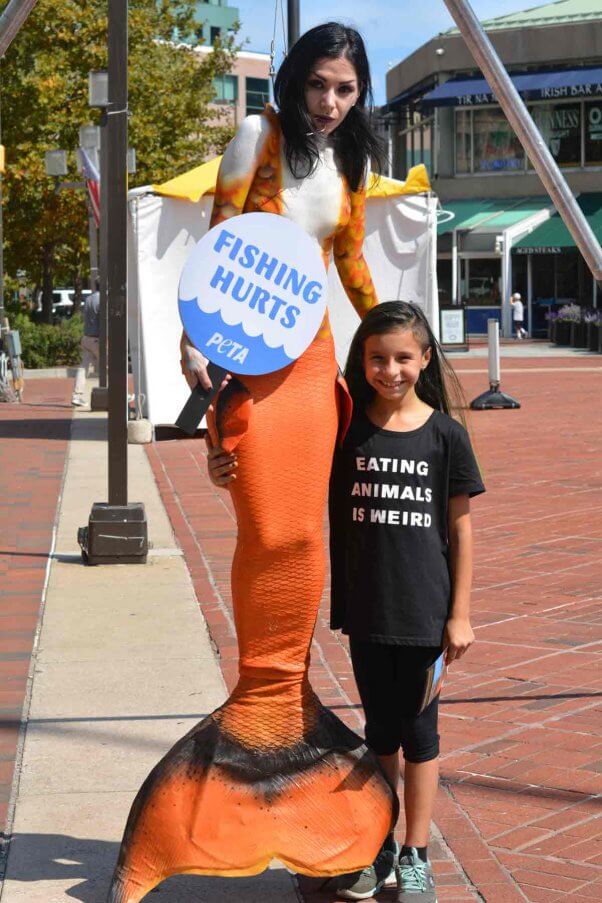 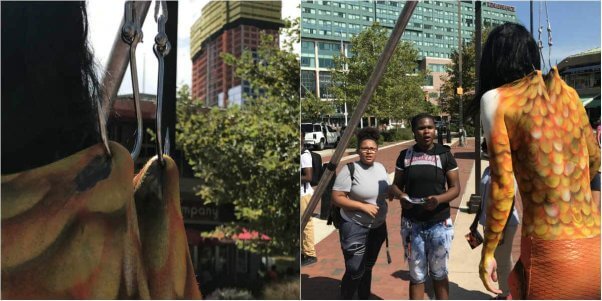 Scientists who study pain agree that the pain-response system in fish is almost identical to that of mammals and birds, yet millions of fish each year suffer profoundly when they’re tortured for “sport.” Skewered through their sensitive mouths and torn away from their homes, they writhe in terror and pain until their gills collapse and they suffocate.

Eating fish is also harmful to humans and the planet. Fish flesh contains massive amounts of toxins like methylmercury and PCBs, which can cause cancer, brain damage, and birth defects.

Commercial fishing has virtually emptied millions of square miles of ocean and pushed many marine species to the brink of extinction. Fishing boats indiscriminately pull as many fish as they can out of the sea, leaving ecological devastation and the bodies of millions of nontarget animals in their wake. Industrialized aquaculture fish farms also contribute to suffering and environmental degradation. Roughly half the fish killed for food are now spending most of their lives on fish farms, crowded into filthy tanks where injuries, infection, and parasites run rampant. These farms create enormous waste, as the concentrated feces are often contaminated with large amounts of drugs that were fed to the fish. 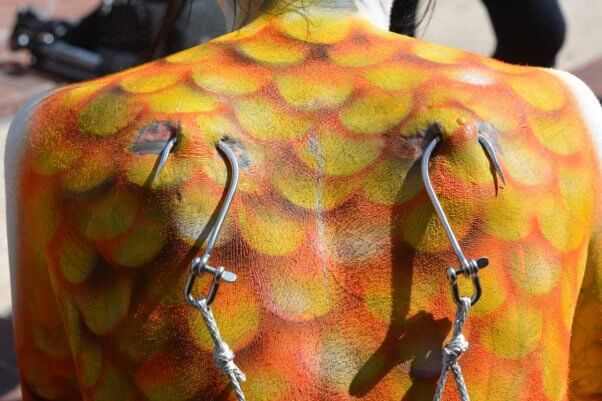 You can do your part to help fish—and all animals—by choosing vegan meals. Not only will you spare sensitive aquatic animals the agony of being impaled, crushed, cut open, and gutted, you’ll also be reducing your environmental impact. With so many delicious vegan options out there today, there’s no reason not to!