Scores of people are outraged, and now PETA is calling on Young Life—a Christian youth ministry—to ban the use of live animals in all of its groups’ activities. A disturbing viral Snapchat video recently surfaced that appears to show students in a local Katy, Texas, chapter of Young Life throwing live chickens around a room—even against a wall—in what they described as a “team-building exercise.” One of the chickens who was used has since died, and local authorities have opened an investigation into the incident.

These teenagers displayed a dangerous lack of empathy for others when they carelessly threw terrified chickens around like basketballs, and with schools across the country facing a bullying epidemic, it’s even more important that anyone who works with youth take measures to prevent such callous behavior. Young Life itself even admits that this stunt demonstrated bad judgment. In a statement, the organization said the following:

“We can confirm that a Young Life gathering in Katy, TX, included a game involving live chickens. We acknowledge that involving live animals in this way was inhumane and inappropriate. … Our leaders are constantly trying to come up with new activities, and we clearly crossed the line of good judgment on this night. This situation has given us a chance to reflect on our responsibility to teach and model for kids in our programs the importance of treating animals with dignity. We have learned a valuable lesson and will not repeat this mistake.”

PETA and TeachKind, our humane-education division, have reached out and offered to help Young Life choose team-building opportunities in which teens can volunteer to help animals, not hurt them—a message that caring people of any (or no) faith can get behind.

Chickens deserve better than this, and you can help them! 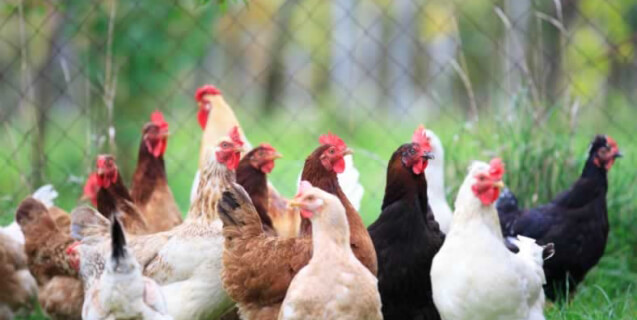 Chickens are intelligent animals with complex social structures, adept communication skills, and distinct personalities. They are also among the most routinely abused animals on the planet. In the United States, 1 million chickens every hour are slaughtered for their flesh, and 452 million hens are kept in small cages and denied everything that is natural and important to them, all so that their eggs can be sold. But did you know that not a single federal law protects chickens from abuse on farms?

Even “free-range” or “cage-free” farms often cram chickens by the thousands into filthy sheds and deny them the opportunity to take dust baths, roost in trees, or lie in the sun—activities that are precious to them. Regardless of the conditions on the farm where they were raised, almost all chickens end up at slaughterhouses where their legs are jammed into shackles, their throats are cut, and they’re immersed in scalding-hot water—often while they’re still conscious—in order to remove their feathers.

If you don’t want to see chickens abused, stop eating them! Pledge to go vegan now.