According to reports, dozens of ostriches escaped a farm in southern China’s Guangxi Zhuang Autonomous Region and ran loose through the streets of Chongzuo. Although residents and police were able to corral some of the sensitive birds, as many as 20 ostriches are still reportedly missing. In the video below, recorded on January 8, you can see the likely terrifying ordeal that these birds faced as they navigated a strange and unfamiliar environment.

While ostriches can live for more than 40 years, those on farms are typically slaughtered when they’re just a year old.

In their natural habitats, these intelligent birds share parental duties. The camouflaged mother takes care of the eggs during the daytime, and the father, who has black feathers, takes nighttime duty. Young ostriches typically stay with their parents for up to three years, but many raised on farms never even get to meet their parents. 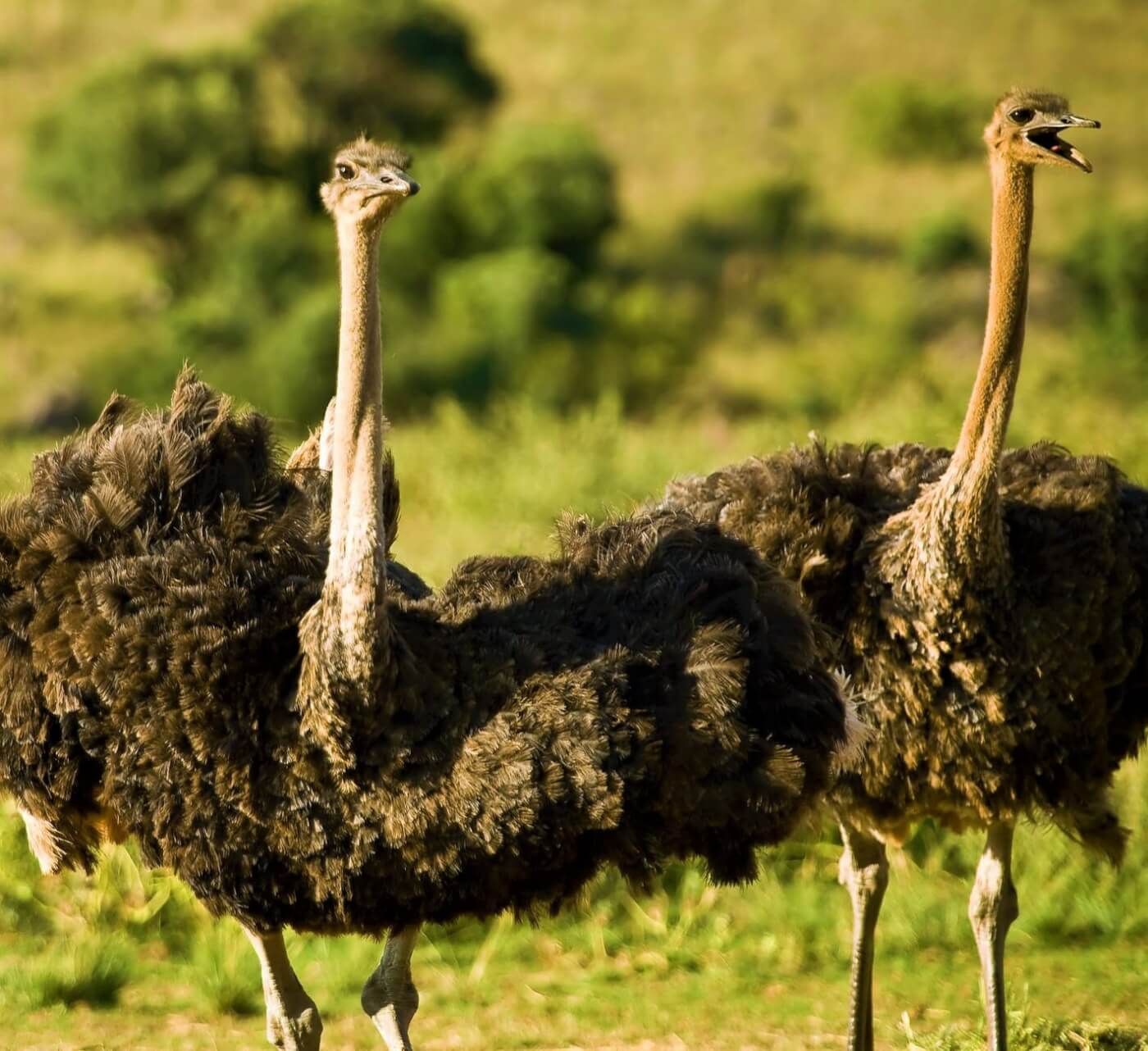 PETA Exposes How Ostriches Suffer for Meat, Feathers, and Fashion

In 2015, PETA investigators traveled to South Africa to get never-before-seen footage inside the largest ostrich slaughter companies in the world, including the exclusive supplier of ostrich skins for Hermès Birkin bags.

The investigators saw workers force terrified ostriches into stun boxes—causing many to slip and fall—and then slit their throats. The birds next in line watched helplessly as their flockmates were killed right in front of them.

Ostrich feathers—some of which are ripped out of the birds’ skin while they’re fully conscious—are used in costumes and festivals like Brazil’s Rio Carnival as well as in feather dusters, boas, and other accessories. Ostrich meat is also sold throughout the world.

You can do your part to prevent the suffering of ostriches on farms and in slaughterhouses by always choosing vegan foods and fashions. Don’t buy ostrich-skin or -feather accessories, and check out these delicious (and free) vegan recipes to get inspired in the kitchen.